WATCH: The Making of 'MARIA'

Cristine Reyes is attaching new adjectives to the name Maria—which in Pinoy culture is always associated with meek and mildness—as she gives life to this new Pedring Lopez fictional heroine.

Direk Pedring, as he was developing the story, was glad that Cristine came his way because she, in his opinion, gave justice in portraying the vengeful Maria by aptly interweaving confident cinematic action moves with affecting dramatic attacks.

In Maria, Cristine plays Lily, a former drug cartel assassin who took on a new life and persona as the doting mom and loving wife, Maria. But her past catches up with her and threatens to destroy her family. She had no choice but to take arms again and assume her old role. But this time, to draw blood in exchange for her aborted peace.

Indeed, Cristine has come a long way after making it as one of GMA-7’s StarStruck Avengers in 2003. For 15 years, she has tackled all imaginable roles for both movies and television. And all these roles, in hindsight, provided the necessary tools for the genre that she’s meant to claim—female-centric action films.

She’s on her way there. And you can watch her journey in becoming Maria in the video above. 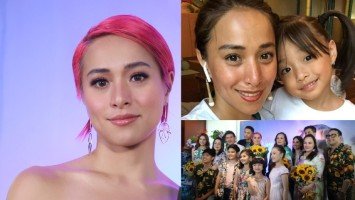 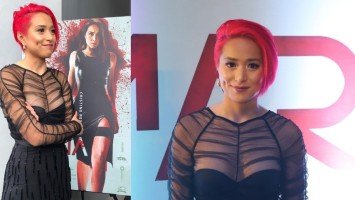