Last April, the 25-year-old actress was named Outstanding Performer By An Actress In A Leading Role by the Filipino Academy of Movie Arts and Sciences Awards (FAMAS) for her performance in the 2017 film Never Not Love You, where she starred alongside her reel-and-real partner James Reid.

Not even a month later, the multimedia star bagged four (yes, four!) wins at the MYX Music Awards 2019, taking home the title of Artist of the Year as well as Female Artist of the Year. She also shared the Media Soundtrack of the Year award with James for their song "Prom," which they created for Never Not Love You. The singer-actress also bagged the Music Video of the Year for her song “St4y Up.”

With several accolades under her belt, the young entertainer is primed to have a successful 2019. This year alone, she has starred in the well-received film Ulan and is currently filming the dance-themed movie Indak with her good friend Sam Concepcion.

Watch Nadine react to her back-to-back wins in this video! 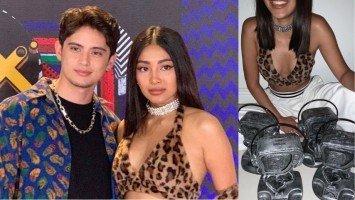 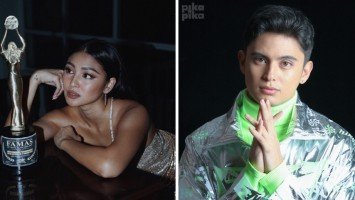