Matteo on Sarah's rumoured engagement ring: "It's too small."

Don't get too excited by the speculations on IG - Matteo Guidicelli has yet to propose to Sarah Geronimo.

The couple, known as AshMatt to their fans, got everyone excited in January when Sarah was photographed wearing what appeared to be a silver ring set with a sizable diamond.

Fans were quick to speculate that the ring was from Matteo - and that it meant that the couple of six years were already engaged.

However, Matteo himself denied the rumours last week, saying that he himself was surprised by the photos being shared around Instagram.

Asked whether he gave Sarah the ring, Matteo said matter-of-factly: "No, no... it's too small."

He also said that he hasn't bought a ring yet for Sarah.

But while wedding bells have yet to ring for AshMatt, it's definitely in their future - and fans will just have to wait. 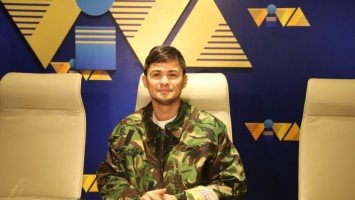