The Butcher | Long live the Queen (of the Pacific)! 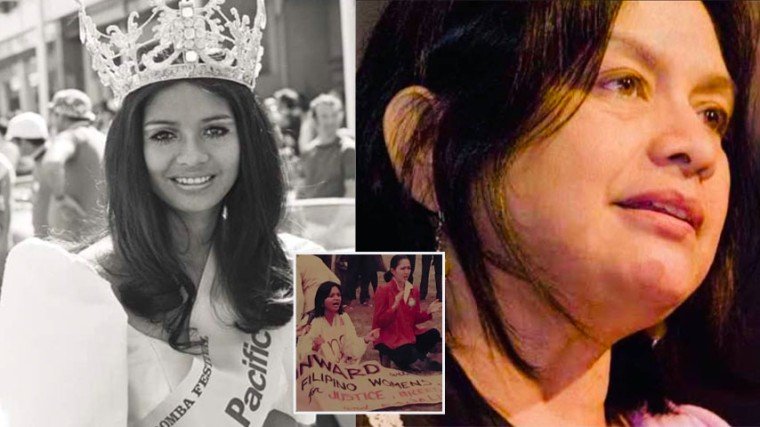 Nelia Sancho may be gone, but she left behind lessons on compassion for the poor and the oppressed. She wasn’t only Queen of the Pacific. She was also the queen of selflessness.

There is still supposedly a Miss Asia-Pacific contest, except that it had lost its luster through the decades. It started as a prestigious event though: gathering contestants from as far as Israel and Turkey - down to the Australian continent and some islands in the Pacific.

However, there really was a beauty contest strictly for nations in the Pacific region. It was called Queen of the Pacific – one of the highlights of the annual Moomba Festival in Melbourne, Australia.

This competition should be significant to the Philippines because its first winner was Filipino model Rita “Baby” Santiago. This was in 1968. Three years later, this feat was duplicated by Nelia Sancho, a controversial beauty who never joined show business, but whose life became much-talked about just the same.

Her life story was so colorful, it had to be dramatized by Magpakailanman on GMA. Her character was portrayed by another titled beauty, Miriam Quiambao, just a year or so after placing second in Miss Universe.

Nelia’s friends swear that she was a very simple person with a calm demeanor. But the road she trekked as an adult was complicated and this resulted in a lot of conjectures about her personal life.

For instance, it is generally believed that she traces her roots in Davao. The truth is, her parents are both from the island of Panay. Her father was from Aklan, while her mother came from Antique.

Apparently, she came from a landed family because her grandfather supposedly donated the property that was used to build the Caticlan Airport. Her father was also an auditor who worked with COA or the Commission on Audit. For a period of time, he was assigned in Davao and brought his family there with him. This must have been the reason why the public generally believed Nelia was a Davao native.

In college, she went to UP to take up mass communications. Nelia was a crowned beauty at the State University’s Diliman campus. In 1969, she was coaxed to join the Bb. Pilipinas contest where she ended up as 1st runner-up to eventual Miss Universe winner Gloria Diaz and Binky Montinola, who was sent to Miss International.

Nelia later became a sought-after fashion model for top designers like Pitoy Moreno.  By 1971, there was still no local franchise for Queen of the Pacific and it took many years after for the Bathaluman Philippines to be put up to select the Philippine entry to the Melbourne pageant. It was for this reason that Nelia had to be appointed by the Philippine Tourism Authority to be the country’s delegate to the Queen of the Pacific search.

She topped the contest and on her pretty head was placed a crown with real diamonds. Nelia was the clear winner from the start. She was the favorite of the press photographers who voted her Most Photogenic. She also embodied the true qualities of a Pacific Queen: Statuesque, beautiful, intelligent and, yes, tranquil, which is another word for pacific. Nelia had always conducted herself with great equanimity.

To celebrate her win, the Sunday Times Magazine put her on the cover with the other Pinay Queen of the Pacific winner, Baby Santiago. The then much-circulated Free Press also featured her on the cover, where she looked sensational. She was in a one-piece bathing suit with animal prints and was made to recline on a divan. That edition proved to be a best-seller.

She was only 20 when she was heralded as the most beautiful woman in the Pacific. A person’s priorities obviously change as one matures. Like Gemma Cruz, the first international beauty contest winner from the Philippines, Nelia also later denounced beauty pageants as an excuse to make commodities out of women.

After martial law was declared in 1972, she witnessed how anti-government activists were arrested and tortured by the military. In time, she herself went underground to fight for her political convictions.

In 1974, the weekly magazine, Woman’s Home Companion, ran a series on beauty queens. The articles were published under the banner: Where are They Now? The writer Doris Nuyda tried to locate Nelia, but failed to find the celebrated beauty queen.

This started talks about her joining the underground movement. Clearly, there was truth to those reports. Nelia did go into hiding. In 1976, she was arrested and became a political detainee until way past 1978.

While in prison, she met her husband, Antonio Liao, who was also a political detainee. Although the union produced two kids, Anna and AK, the marriage eventually collapsed.

In her later years, she was criticized for enjoying the supposedly fun life – being seen in public dancing the cha-cha and generally having a good time. Her response to this: “Why do we have to stereotype the activist as somebody who is always in jeans? Just because you are fighting for political causes doesn’t mean you have to be miserable all the time.”

Nelia may have boogied away some of her troubles in later years, but it cannot be denied that she still fought for her beliefs even after she had been released from detention. She was a co-founder of the women’s rights group Gabriela.

One of her truly significant contributions to society was her having organized into a group women who were systematically raped during World War II by members of the Japanese Imperial Army. Collectively, they are now called comfort women. They were once young girls abducted and forced into sexual slavery by the Japanese government.

Sadly, these victims of war never got the justice they deserve – with those still around seemingly waiting in vain. A lot of them are already dead, including Rosa Henson, who became the original face of the Filipino comfort woman.

Tragically, not even Nelia lived to see that day, which hopefully still comes in the near future, especially now that the world is in turmoil – with counties warring with each other. The human race has to be reminded about the evils of war so that those atrocities may never be repeated.

Nelia was herself also a victim of cruelty in the hands of other men. The harsh conditions she went through while in detention surely took a toll on her health: She eventually suffered from pulmonary tuberculosis. Later, as she advanced in years, she also battled diabetes.

In the final chapter of her life, Nelia chose to stay put in Aklan. But given her medical condition, she had to fly every so often to Manila for checkup. When she was found dead alone last September 1 in her BLISS unit in Philcoa, she was in the city supposedly for one of those routine visits.

Nelia may be gone, but she left behind lessons on compassion for the poor and the oppressed. She wasn’t only Queen of the Pacific. She was also the queen of selflessness.

The Butcher | Getting to the Heart of the matter