Ai-Ai delas Alas has already proven her mettle in acting. In recent years, she’s been alternating between serious drama roles and staple comic roles. Comedy gives her money, while drama earns her respect. She wins both ways.

She went back to comedy in 2017 via Regal Films’s Our Mighty Yaya. Then, just last year, she did School Service, another Cinemalaya indie outfit for which she was hailed best actress of the same yearly film festival. Just last March, the 39th Oporto International Film Festival in Portugal gave her the nod for best actress for the same movie.

This year marks her comeback to comedy via Viva Films’s Sons of Sabel, where she plays mom to her real-life anak-anakans, the six members of the Pinoy hiphop group the Ex Battalion—Bosx1ne, Skusta Clee, Flow-G, Brando, Emcee Rhenn, and King Badger.

Unlike in her record-making Tanging Ina in 2003 where she played as an almost perfect mom, Ai-Ai plays a deeply flawed mom in the pre-Mother’s Day movie, Sons of Sabel.

Sons of Sabel, which is Ex Battalion’s first dabble into acting, is showing May 8. 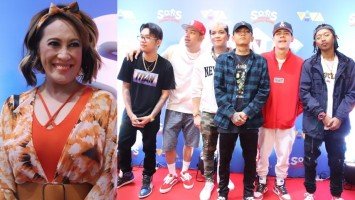 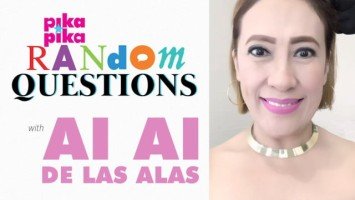