Ever since singing her audition piece, the song "Halik" by Aegis, during the first season of The Voice: Kids, Lyca Gairanod has a voice that could never be forgotten.

Growing up in Cavite as a collector of recyclable items in exchange for income with her mother and having a fisherman father, Lyca has come a long way ever since.

She was crowned the champion of the abovementioned reality singing competition in 2014 and has appeared in ASAP and Rated K.

Her life story was depicted in an episode of Maalaala Mo Kaya, where she also portrayed herself. Her acting prowess was also tested when she made guest appearances in television shows such as Goin' Bulilit and Hawak Kamay and the film Tatlong Bibe.

Since then, Lyca veered away from show business for a while until recently, being viral in the video-sharing platform TikTok and signing with the Viva Artists Agency, the latter under the influence of her The Voice: Kids coach Sarah Geronimo.

Now, she sits with pikapika.ph to answer some Random Questions about herself.

What is one thing she wanted as a kid but never got? What are her hidden skills? What one word best describes her life right now?

Know more about this amazing teen by watching the video above! 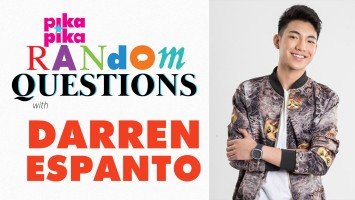 Singing heartthrob Darren Espanto sits down with pikapika.ph to answer our Random Questions 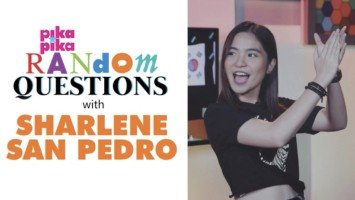