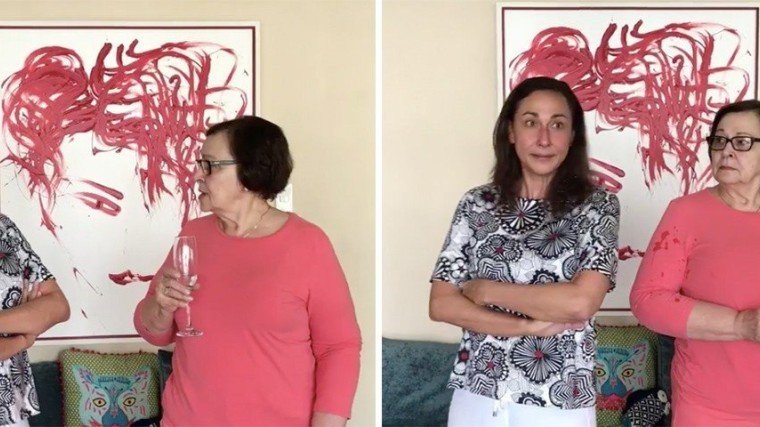 In early 2017, superb actress Cherie Gil created an Instagram account which she called @the_real_lavinia_arguelles, which is named after her unforgettable villain role in the now-classic 1986 Viva Films movie, Bituing Walang Ningning.

The said movie, as many know by now, was about a fan (played by Sharon Cuneta as Dorina Pineda) being groomed to topple down the singing career of her superstar idol (played by Cherie).

In the IG account, @the_real_lavinia_arguelles, Cherie—using the hashtag #ilaviniaarguellesmoako—stated her mission therein as: “to arrive to 100 victims and relive this 1986 iconic scene with every relevant person I meet in the 21st century.”

She is, of course, referring to the scene where she—after saying these iconic lines: “You're nothing but a second-rate, trying hard, copycat!”—emptied a glass of wine onto Sharon’s (Dorina’s) face.

Since the account’s creation, she has so far only able to “victimized” 12 personalities including Iza Calzado, Agot Isidro, Ricky Davao, Atom Araullo, Paulo Avelino, and Bea Alonzo.

Her own mom, seasoned actress Ms. Rosemarie Gil, from whom she took after her good looks and kontrabida talent, would have been her 13th “victim,” except that a “sudden twist in the plot” made her take a dose of her own medicine.

In this IG video post, which was posted yesterday (August 22), Cherie—or in this case, the real Lavinia Arguelles, instead used the hashtag: #navictimsilaviniamismo.

That’s because Cherie, taunted her mom by saying her show, Onanay (which is being aired on GMA7 primetime) is rating better than her mom’s Ngayon at Kailanman (which is the rival show on ABS-CBN).

Her full caption that went with the video read:

From there, we get the gist.