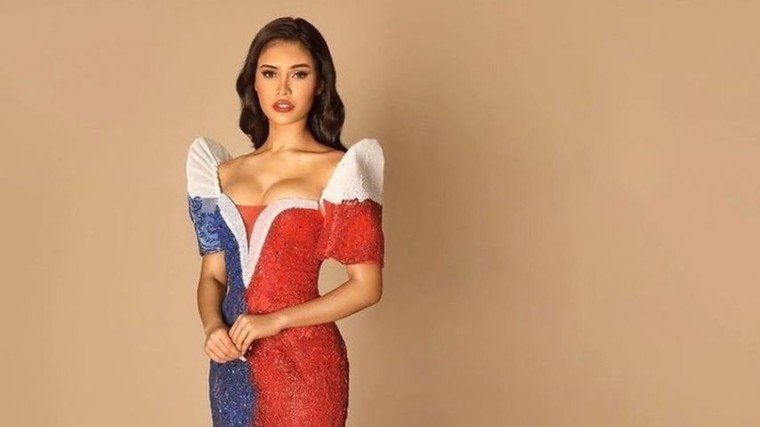 Rabiya Mateo looks stunning in her gown inspired by the Philippine flag!

Miss Universe Philippines 2020 Rabiya Mateo had everyone’s jaws dropping as she elegantly posed for the cameras wearing a gown inspired by the Philippine flag for a photo shoot.

In an Instagram post by beauty camp Aces and Queens on Monday, April 26, the beauty queen was seen decking out the beautiful Filipiniana in a photo taken by Los Angeles-based photographer Filbert Kung.

The gown has predominantly red and blue colors with white accents and a sheer skirt that is shining in glitter. According to the beauty camp, the chic item of clothing was a “creation that reflects the Philippine flag.”

Last April 18, Fil-Am designer Kirsten Regalado, the creator of Rabiya’s Filipiniana, called the creation a “sunrise gown in red, white, and blue” in a video showing the beauty queen behind-the-scenes.

Rabiya is currently staying in the state of Florida in the United States in preparation for the 69th Miss Universe pageant in May.

If crowned Miss Universe, Rabiya would be the fifth Filipina to win the crown after Gloria Diaz, Margie Moran, Pia Wurtzbach, and Catriona Gray.

Rabiya Mateo recounts past struggles as a student, donates school supplies and slippers to kids in Badian Island, Cebu