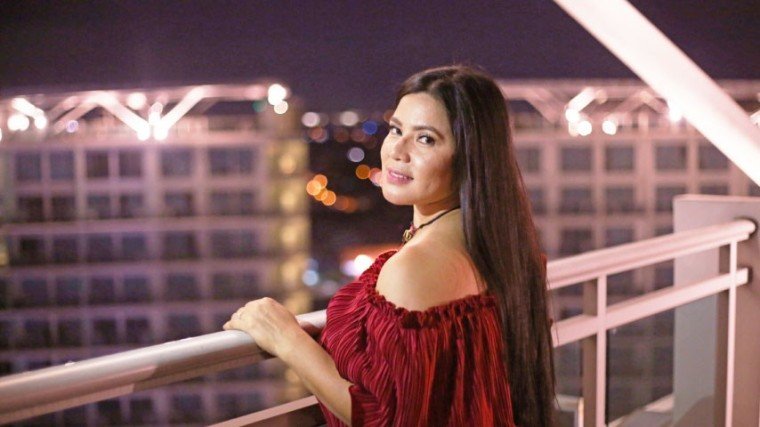 In August last year, former sexy actress Klaudia Koronel—who now resides in Los Angeles, California—took a one-month vacation from her assistant nursing duties in America and spent time with her family in Manila and in Iloilo.

Klaudia—who is KK to her showbiz friends and Milfe—to her family has at least 20 movies to her credits, most of those were sexy films made by her home studio, Seiko Films. But towards the latter part of her career, she’s able to make artsy movies that made rounds at international film festivals such as Joey Reyes’s Live Show (2000) and Jeffrey Jeturian’s Tuhog (2001).

In 2009, after marrying Chinese businessman Andy Zhang in a much-publicized wedding in Manila, Klaudia left the country to live with her husband in Arizona, USA. That is, up until their divorce in 2014. But while there, she worked in a nursing home until her former husband decided to put up one for her to run. A few years after her divorce, she moved to Los Angeles, California, where she resides to this day and where she continues to work in the medical field as a certified nursing assistant, which she says is her true calling.

While in the Philippines last year, Klaudia showed pikapika her condo unit in one of the buildings inside the Azure Urban Resort Residences in Parañaque City, as well as toured us around the compound of the exclusive community that prides itself for having a “beach” among its top amenities.

Go have a look: