Ending the Stigma: 6 celebrities who have opened up about their mental health issues 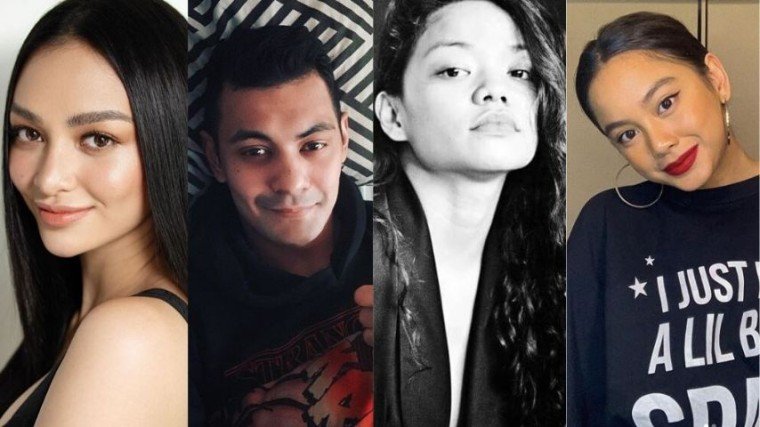 As Mental Health Awareness month comes to a close, check out some of these celebrities slash mental health warriors who have bravely opened up about the struggles they face regarding mental health! Know more about it by scrolling down below!

The month of May has been recognized as the annual Mental Health Awareness Month where we recognize mental health, the people who suffer from mental health issues and ending the stigma surrounding such.

As Mental Health Awareness Month comes to a close, we look into some of your favorite local celebrities who have faced mental health issues at some point in their lives and how they opened up on the said topic, breaking the stereotypes and explaining how having problems about it could affect your daily lives.

Take a look at these celebrity mental health warriors who have overcome or are still fighting their day-to-day battles with illnesses such as depression and anxiety and how they inspire their followers to always keep on keeping on.

Cebuana actress-musician Chai Fonacier opened up about being clinically diagnosed with bipolar 2 disorder during the blog conference of the film Sakaling Maging Tayo starring McCoy De Leon and Elisse Joson where she had a supporting role in.

Last January 2019, she said she had an initial diagnosis when she was little but only gone through actual therapy in 2015. Despite having low days because of her mental illness, Chai told members of the press that seeking professional help helped her cope.

“[G]oing into therapy doesn’t mean that you are rock bottom. Sometimes, you just need to go into therapy so that you can learn how to manage things even when the day is good,” the actress said. “Therapy is just as good as when you go for a check-up.”

The Halik star then reminded people who are fighting mental health daily to always reach out to people.

“Number one, talk to your friends. Number two, therapy is good. Number three, you’re not crazy. And whoever says that you’re crazy can kiss our asses.”

One morning, MYX VJ and former Pinoy Big Brother housemate Ylona Garcia woke up and saw a ton of social media bashing against her. This took a toll on her mental health, eventually being rushed to the hospital.

She reminded her followers to simply spread love instead of hate on social media because the latter could become a trigger point for people facing mental health issues such as her.

“Wishing and praying we could all be spreading love more than hate on social media, because people that get bashed/disrespected on social media can only stay strong for so long and can be so close to breaking down,” she posted on Twitter. “I’m sharing this with you now to create awareness. #PleaseSpreadLove”

Last October 2019, dancer Gab Valenciano revealed he was hospitalized after his bout with bipolar disorder and clinical depression. He posted a photo of himself in a hospital bed with his parents, Gary Valenciano and Angeli Pangilinan, by his side, whom he described as his “pillars of peace, love, and strength.”

Days later, after being released from confinement, Gab opened up about his condition and mental health, in general, allowing his followers to understand both in a different light.

“After six long days, I am finally out of the hospital. To understand mental health you must try to understand people on a different level, which is close to impossible as we are all made differently. But that is what makes life so fragile, so vulnerable, beautiful even. The divergence, the fight, the battle and the will to continue on,” he explained.

He also reminded followers that one does not need to have a mental health condition to be an advocate of mental health.

“We are all subject to mental vulnerability, no exemptions,” he said. “Your circle will help define the details of your path, so choose them wisely.”

Accompanied by a selfie of him doing a thumbs up, Gab praised people who have been fighting mental health issues on a daily basis and to those who support them in their battles, as well as reminding that choosing to fight is all mental health warriors have to do.

“Here’s a thumbs up to all those fighting these invisible wars on a daily basis, and to those who support our cause. I post stuff like this not for sympathy, but to show that choosing to fight is all we have, so might as well fight with everything we’ve got. My heart also goes out to every single person who has supported me through this entire ordeal,” he said.

“Alive to fight another day, alive in every single way,” Gab concluded.

In an Instagram post last July 2018, Kylie Verzosa opened up about being diagnosed with clinical depression in the year 2014, saying that only her family knew until her revelation on the photo-sharing platform.

She dedicated her post to people who are suffering from mental health issues, saying they are not alone.

“When given the opportunity to speak about it, I took it, even when I was discouraged and told to focus on more visible and popular advocacies,” the 2016 Miss International said. “This is very personal to me. This is for everyone who’s suffered from depression, mood disorders, anxiety, bipolar disorder or any form of mental illness. You are not alone.”

She then explained that opening up and being honest about how one feels is a great way to cope with mental health issues.

“Being honest about how you feel doesn’t make us weak, it makes us human,” the beauty queen began to conclude her post. “Get help. Speak to someone. Let’s speak up more about mental health, before it’s too late.”

When she was named 2016’s Sexiest Woman by a men’s lifestyle magazine, Jessy Mendiola thought people would appreciate the hard work she has put in her body. However, as the magazine declared her title, tons of bashing, specifically body shaming, came into the actress’ way, causing her to fall into depression.

“When I won FHM’s sexiest woman in 2016, I thought... finally, people appreciate my efforts and my body. But I was wrong,” she recalled. “I was bullied, body shamed with bashers calling me names like “pata, baboy, taba, etc.” while others said I didn’t deserve to win the title cos I’m waaaaaay bigger than the other girls who they thought should’ve won.”

“I felt really down and started losing my confidence. I loved myself then (big thighs, belly rolls and round face) but when people started pointing out my flaws, I started hating myself, at times even thinking I was a bad person for having ‘thunder thighs.’” she went on.

Comments on her body made Jessy halt herself from working out, ate a lot, and gained more weight. She even began declining appearances on television, which affected her career.

“I stopped working out, I got depressed, binge ate my feelings off and started gaining more weight than I should. I didn’t even want to be seen on TV anymore, I started turning down roles and it affected my work,” she narrated.

She then had a realization about the past, that she loved herself way before she was crowned 2016’s Sexiest Woman and when the body shaming comments started spreading. This reflection helped her build her confidence back up and started being fit again.

“I thought of myself as sexy, strong [and] beautiful in my own way. I started building myself up again despite what other people say (until now they call me names) and have lost 25 lbs since,” she said. “I learned to eat moderately and exercise to feel good, to be energized rather than by punishing myself for eating chocolates or that blueberry muffin. I started accepting my built and switched my work out according to my body type.”

Shifting perspectives and ignoring what other people think is what made Jessy cope with her depression.

“I still see myself as the ‘pata girl’ and it’s okay, it is just a matter of perspective,” she said. “When I decided to shift perspective, everything started falling into place. I may not be the sexiest for others, but I am sexy and beautiful for myself, that alone is enough. Shout out to every “pata girl” out there, just keep going. Love yourself, love your body and it will love you back. TRUST ME.”

A few years ago, Diego Loyzaga had reportedly suffered from depression. It was in July 2019 when his mother, Teresa Loyzaga, addressed the issue in an episode of Magandang Buhay, giving advice to people who battle mental health and to parents who have children fighting mental health issues.

Teresa advises that when negative thoughts continue to seep into one’s head, they should deal with it “one step at a time” and reach out to people.

She added that one should be afraid to reveal if he or she has mental health issues.

Diego’s mother also added that he has shied away from social media for a while.

“Sometimes, you have to stop and reassess your life,” she said. “’Yong path natin, though bumpy, huwag ka na lang lumiko-liko kung saan-saan. Ngayon, kung napaliko pa, ’pag bwelta mo ulit, siguraduhin mong natuto ka. [...] A lesson learned is what will help you along the way.” 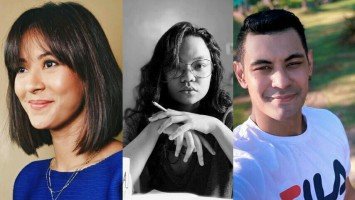