What happens when an actor says “goodbye” to Hollywood? 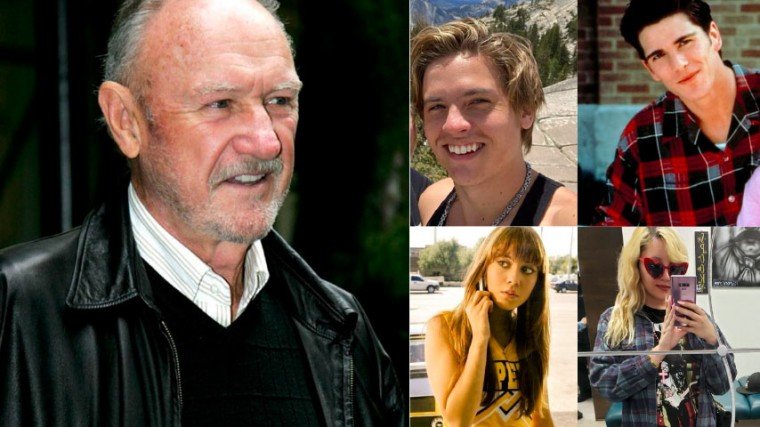 It takes guts and sacrifice to make a name in Hollywood. Some proved to be successful, while others just hang on to dream.

But what if you already made a name and you suddenly quit.

What happens when an actor says “goodbye” to Hollywood? Where will they go? What will they do?

Here’s a list of actors who suddenly left acting to pursue a different career...

GENE HACKMAN
The two-time Academy Award winner (best actor for The French Connection in 1971; best supporting actor for Unforgiven in 1992) suddenly quit acting after more than six decades. His last film was Welcome to Mooseport in 2004.

His other films includes Bonnie & Clyde, The Poseidon Adventure, Superman, The Firm, Mississippi Burning, The Birdcage, Behind Enemy Lines, Absolute Power, Enemy of the State, Crimson Tide, Get Shorty, The Mexican, and Heartbreakers.

In his last interview with Larry King in July 2004, he said that he is going to retire from acting to become a novelist.

When GQ asked in 2011 if he would ever come out of retirement? He said: “I might consider it if I could do it in my own house, maybe, without them disturbing anything and just one or two people.”

AMANDA BYNES
From being a child star in the ’90s, Amanda became a star at the Nickelodeon Channel headlining her own show, All That  and The Amanda Show. She had her own sitcom titled What I Like About You.

On the big screen, Amanda starred in box-office comedies such as What A Girl Wants, She's The Man, Hairspray, Sydney White and her last film, Easy A.

After quitting Hollywood in 2014, Amanda focused her career in fashion design at the Fashion Institute of Design & Merchandising in Irvine. It was the same year that the actress was diagnosed with bipolar disorder.

In 2020, Amanda announced her engagement to Paul Michael. But three weeks later, it was announced that they broke off the relationship,

DYLAN SPROUSE
The twin brother of Riverdale star Cole Sprouse did not continue his acting career after their Disney Channel series, The Suite Life of Zack & Cody ended in 2011.

Being a child actor in the ’90s, who appeared in films such as Big Daddy, The Astronaut’s Wife, The Master of Disguise and in sitcoms like Friends, Grace Under Fire and That ’70s Show, Dylan decided to pursue another career and leave the acting to his twin brother Cole.

After graduating with a 4-year degree in video game design from New York University’s Gallatin School of Individualized Study in 2015, Dylan opened a brewery in Williamsburg, Brooklyn called All-Wise Meadery.

LEE MONTGOMERY
The American-Canadian child actor known for films such as The Million Dollar Duck, Ben, Baker's Hawk, and Pete n' Tillie, Lee Montgomery became a short-lived heartthrob in the ’80s after starring in the 1985 dance-romance movie Girls Just Want To Have Fun opposite Sarah Jessica Parker.

After doing mature roles in films like Split Image, Night Shadows, and The Midnight Hour, he made his last film, Into the Fire, in 1988 and pursued music-related projects.

For more than 20 years, Lee disappeared from public view and was said to be working for a marketing firm.

In 2019, he was reported to be working full-time as a professional real estate in Solvang, California.

MICHAEL SCHOEFFLING
Famous for playing the role of Jack Ryan opposite Molly Ringwald in the 1984 romance-comedy Sixteen Candles, Michael Schoeffling suddenly walked away from the Hollywood limelight.

Many have asked why a promising Hollywood leading man would quit acting after one movie? The answer is that Michael already had two kids when he was doing Sixteen Candles. He was not up to become a movie star and would not compromise hiding his real status.

According to reports, Michael opened his own woodworking ship in rural Pennsylvania where he and his family is far away from his one-time Hollywood career.

CHARLIE KORSMO
Remembered for his role as Robin Williams’s son in the 1991 film Hook and as the high school party boy in the 1998 comedy Can't Hardly Wait, Charlie Korsmo retired early from acting to become a lawyer and law professor.

After achieving a modest success as a child actor in films such as Dick Tracy, Siggy, and What About Bob? Charlie bid Hollywood goodbye and attended MIT and graduated with a degree in B.S. Physics in 2000. He soon earned his Juris Doctor degree from Yale Law School in 2006.

In 2011, US President Barack Obama nominated Charlie to the board of the Barry Goldwater Scholarship and Excellence in Education Foundation. He is currently teaching at Case Western Reserve University School of Law in Cleveland, Ohio.

Take a look at BLACKPINK’s powerful teaser posters for their long-awaited comeback!