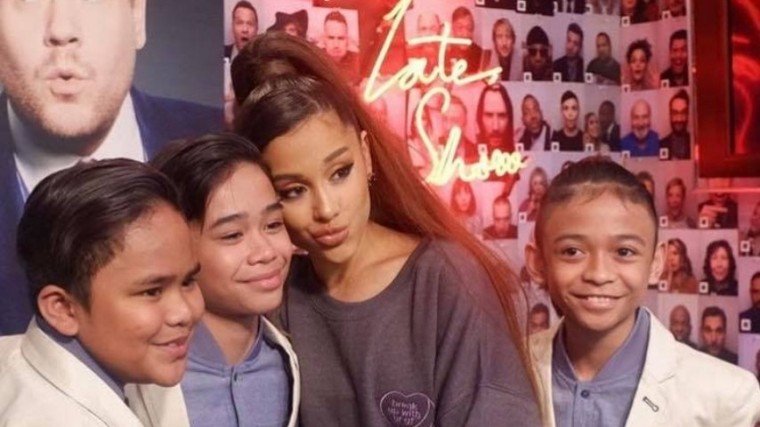 The TNT boys are so blessed to meet and share the stage with singer songwriter Ariana Grande during their guesting in an American late night talk show called The Late Late Show with James Corden.

The Filipino young talented boys first wowed James Corden with their amazing performance in the newest international competition created by CBS dubbed The World’s Best also hosted by Corden himself.

During the show, James remembered and described how the TNT boys first met him. The kids were squealing with delight because of the fact that he sang and met Ariana Grande before.

The boys serenaded the crowd of The Late Late show with the song “And I Am Telling You I’m Not Going”. In the middle of their performance, Ariana Grande suddenly appeared, surprised the boys and finished the whole piece with them.

The reaction of the TNT boys were priceless despite the overwhelming emotion, they didn’t disappoint to blow the roof off and get the audience cheering and clapping on their feet.

Ariana praised the boys, “I’m obsessed with you guys. You guys are so incredible. That was so beautiful”

The TNT boys recently posted a photo with Ariana on IG still in disbelief, “Is this even real? We sang with @arianagrande ! Thank you @j_corden for making this possible!”

Watch the whole performance below: