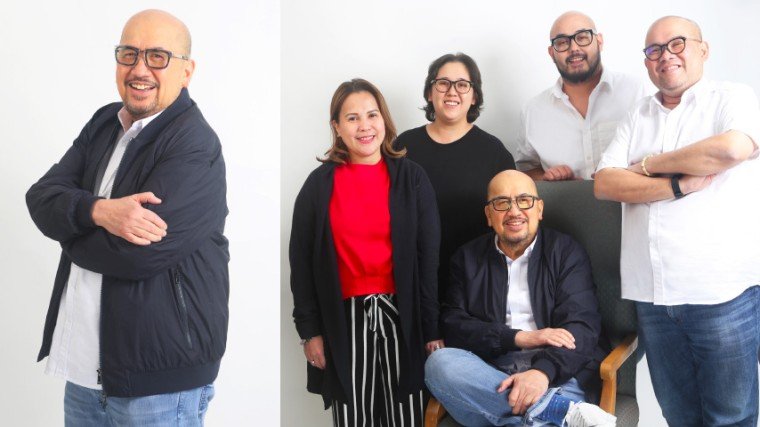 Boss Vic del Rosario (left photo and right photo, seated) has invested heavily in digital content and production in the past years and says that “Viva has the biggest library for films and music, we have the biggest stars, the best directors, creative and production teams. We remain committed to releasing one new series or movie every week so we allocated a minimum of PHP6 billion production budget over the next 5 years. All these are proudly Filipino made and we can’t wait for Filipinos to enjoy it on VivaMax! Atin’to.” (Right photo, L-R) Boss Vic is able to efficiently run Viva with the help of his business and creative experts—his kids (clockwise from left): Veronique del Rosario-Corpus (President & COO of Viva Artists Agency), Valerie del Rosario (SVP for Content Creation & Development), VR del Rosario (SVP, Viva International Food & Restaurants, Inc.), and Vincent del Rosario (President and COO of Viva Communications, Inc.), whom Boss Vic often introduces as the Captain of the ship.

On January 28, 2020, Viva—or the media giant Viva Communications, Inc.—gathered its pool of stars and directors, creatives, business partners, and the entertainment and business press under one roof for one special announcement.

On that night, at the grand ballroom of the Novotel Manila in Quezon City, Viva Chairman and CEO Vic del Rosario, Jr., talked about the grand plan of Viva for the year 2020. Thus, the event was called Viva 2020 Vision.

“As sign of our confidence in Philippine cinema, we are investing 1 billion pesos just for 2020. Hindi po ito multiple years kundi this year,” said the Viva topman at the said event.

“Ganyan po kami ka-seryoso at excited for 2020. And to fulfill this vision we have gathered the best creative minds in the industry and match them with the biggest and brightest stars of the land.

“There will also be strategic alliances with both local and global partners to push the envelope in terms of concept and quality.”

At that time, Viva has committed to show 34 movies in 2020, with half of it already finished and just awaiting playdates. 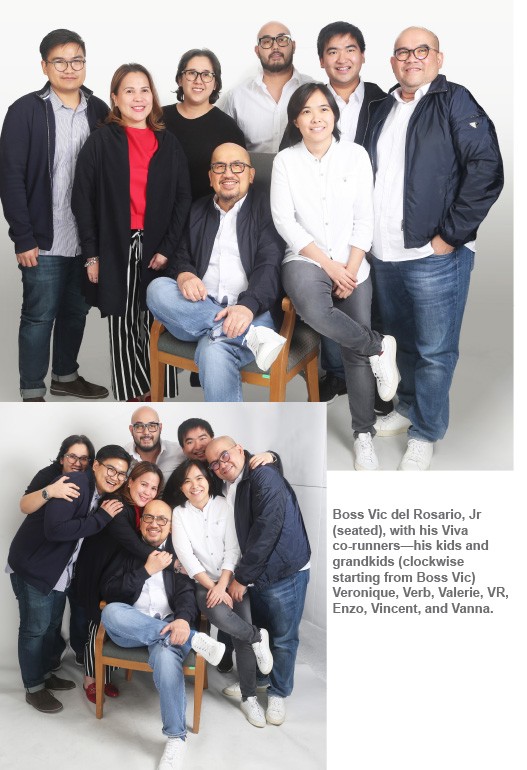 Then the pandemic happened. Movie houses are closed down.

That greatly affected Viva’s grand plan. But with undamped spirit, Viva—under the leadership of action man Boss Vic del Rosario—mustered its strength, faced then pandemic head on, and focused its energy on another huge investment.

Alongside the committed 34 movies for 2020, the visionary Boss Vic has another grand business scheme up his sleeve.

In fact, prior to 2020, he has already been silently creating what he wants to be country’s biggest Filipino streaming platform—VivaMax—as its “pasabog” for its 39th anniversary in November 2020.

He just scouted for the right people, so to speak, to help him actualize his vision. And now, it’s coming into fruition.

Boss Vic del Rosario has invested heavily in digital content and production in the past years and says that “Viva has the biggest library for films and music, we have the biggest stars, the best directors, creative and production teams.  We remain committed to releasing one new series or movie every week so we allocated a minimum of PHP6 billion production budget over the next 5 years. All these are proudly Filipino made and we can’t wait for Filipinos to enjoy it on VivaMax! Atin’to.”

Think of a star and he or she has probably done a movie or two with Viva. Then there’s concerts and music videos, TV shows, and more. With 39 year’s worth of creative content, Viva definitely needs a bigger platform to showcase all of these!

As an added bonus, you will also have access to the Tagalized version of biggest Korean blockbusters, Asian and Hollywood content.

“Vivamax is a great catalyst during these difficult times,” says the equally excited Vincent Del Rosario, Viva President and COO. “We are not only creating entertainment but also creating job opportunities for our partners in the industry.  It is also a great venue to discover new talent and to produce authentic Pinoy content.“

Valerie Del Rosario, Viva’s SVP and Head of Content, will spearhead content creation for the platform.  And she says that the goal of VivaMax is to redefine the audience viewing experience “by making sure that the products we churn out are not your usual cinema and free tv fare.”

She added: “ We’re seeking to move the needle in terms of creating quality content while at the same time making sure that they are truly enjoyable and binge-worthy.”

Pikapika: As far as we know, Boss Vic has been itching to launch this project already. When you came in, how far was Viva into its creation. Or were you the one that did the blueprint for Viva?

Pikapika: Without saying the exact figure, how costly is this project?

Ronan: The standard cost for this type of project per year is US$ 4 million. But because Viva owns all the content, Vivamax will have the capacity for a real long-term permanent business.

Pikapika: If people say, ginaya lang sa Netflix or iWant ng ABS, how will you defend it?

Pikapika: Parang it’s really at par with Netflix sa laki ng scope, do you foresee this as the Pinoy Netflix na talaga na instead of other companies creating their own streaming platform na ganito, bebenta nalang nila sa VivaMax.

Pikapika: If that happens, as far as outsourced contents are concerned, may separate department na ba ready to screen new acquisitions? More or less, ano ang criteria in choosing contents?

Pikapika: Will PBO (Pinoy Box Office) and Sari-Sari TV still exist after this or VivaMax will be the one and only source of Viva contents?

Ronan: PBO, Sari-Sari and all other entertainment platforms will continue to exist. VivaMax is another option Viva offers to its audience.

Pikapika: Will Viva still do business with Netflix once Viva Max is launched?

Ronan: Yes. Because Viva is in the business of entertainment content regardless of the brand of the device or channel or technology platform or service provider.