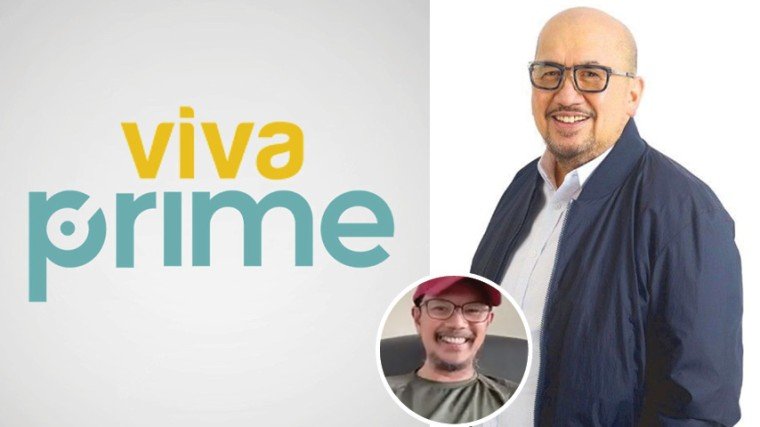 On January 29, Viva Prime will have its formal launch, which will serve as a double celebration because that day is also the second birthday of Viva's highly successful streaming venture, Vivamax, which now boasts of a 5M+ subscriptions worldwide. Multi-awarded concert and film director Paul Basinillo (inset), who is also the Chief Marketing and Creative Officer of Viva, is the one in charge of the launch.

On December 19, 2022, entertainment giant Viva—and all its subsidiary companies—released in unison the teaser logo of an upcoming Viva project in all their social media platforms.

On New Year's eve on December 31, the full logo was revealed and it's Viva Prime's.

And come January 29, Viva Prime will have its formal launch, which will serve as a double celebration because that day is also the second birthday of Viva's highly successful streaming venture, Vivamax, which today enjoys a 5M+ subscription worldwide.

Multi-awarded concert and film director Paul Basinillo, who is also the Chief Marketing and Creative Officer of Viva, is the one in charge of the launch. And he told pikapika.ph, during our exclusive interview, that Darryl Yap's blockbuster hit Maid in Malacañang will be Viva Prime's opening film.

Direk Darryl himself has already announced it on his Facebook page.

The highly-anticipated romantic series The Rain in España, may come in by March as it's still in the shooting process.

Initially, Boss Vic's vision for Vivamax was to be the go-to app for original contents for every Filipino, kids included. But with the undeniable success of its sexy adult contents, Vivamax became seamlessly synonymous with such. Thus, the Viva top man decided to make it into a fully for-adult streaming app and invest in another app that will cater to all age brackets and sensibilities.

Besides the difference in content, Viva Prime's other notable difference from Vivamax is its pricing.

The Viva film library—consisting of movies of Sharon Cuneta, Vilma Santos, Nora Aunor, Sarah Geronimo, and JaDine just to name a few—which is now housed on Vivamax, will also be migrated to Viva Prime.

Moreover, he adds that while Vivamax is subscription base, Viva Prime will be advertising based.

(At press time, it's already been decided that ads free subscription is priced at only P99.)

Just like Vivamax, however, Viva Prime is also committed to release one new title every week!

As it is, Viva has more than 20 unreleased titles. Everyone at Viva is just awaiting Boss Vic's decision which a mong those are for theatrical release and which ones will go straight to Viva Prime.

Having mentioned Bela, we asked Direk Paul if he's privy to the upcoming projects of other Viva stars—such as Anne Curtis, Nadine Lustre, and Sarah Geronimo to name a few—for Viva Prime. And he says there's definitely a line-up for them.

"They're pitching something to Sarah now as we speak," says Direk Paul. "Kay Anne din. 'Yong mga dati na hindi nakakagawa sa Vivamax, I think eto na 'yong the perfect platform for them para gumawa kasi open na s'ya, e. This is going to be meant for the whole family. So, tamang-tama."

On a personal note, Direk Paul, besides doing his second movie for Vivamax (the first one being The Escort Wife starring Janelle Tee), is also slated to do one, initially, for Viva Prime.

He's also directing the Louie Ocampo 45th anniversary concert, Composer Ka Lang, which will be staged at The Theatre at Solaire on February 4 and 5.

And speaking of concerts, the Viva Live concerts, which are currently being seen on Vivamax, will also find their new home in Viva Prime, says Direk Paul.

When asked what will happen to Vivamax subscribers who's already used to streaming the so-called wholesome content from time to time on Vivamax, won't they feel shortchanged?

The Viva Prime launch, set for January 29, will be attended by Viva's top artists and creatives. Stay tuned for upcoming announcements as to where and how you can view the live coverage of this January pasabog of Viva.