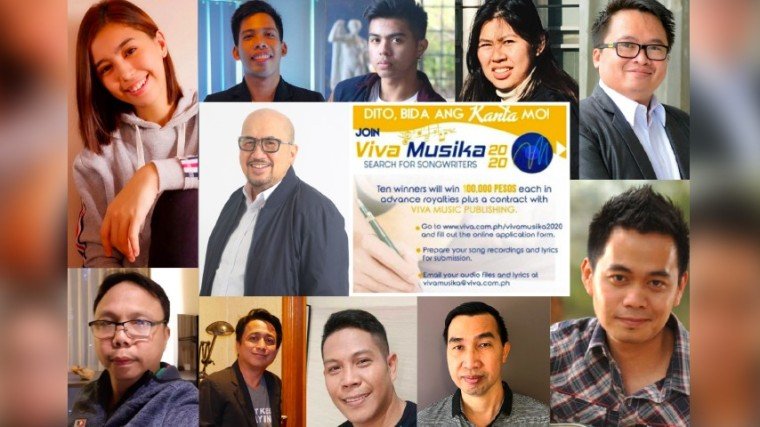 Viva Musika 2020 recently announced its set of winners with 10 potential hitmakers making it to the cut! Congratulations!

Viva Communications, Inc. launched their search for outstanding Filipino songwriters and composers called Viva Musika 2020 last September 2020. Now, the mainstream media company has announced that they have discovered ten individuals who have a knack for writing potential hit song pieces.

The chosen personas, who come from different walks of life, each received P100,000 in advanced royalties and exclusive contracts with Viva Music Publishing as their reward for being picked in the composer search. The songs they sent to Viva will also get the opportunity to be used in Viva’s multi-media productions.

The talented signees from the composer search greatly pleased Viva Chairman of the Board and Chief Operating Officer Vic Del Rosario, Jr., himself a music devotee.

“This search is a continuation of Viva’s long-running efforts to look for hidden talents and to nurture their music careers to the fullest potential,” he said. “I have heard the song entries and I believe that these Viva Musika discoveries will be creating a lot of hits for us.”

“I am very excited to release their songs into the market,” he added.

As mentioned above, the 10 chosen signees were asked to submit three unreleased and original compositions, which were screened by industry experts and laypeople after. The 10 outstanding songwriters garnered the highest scores from the search through their songs and were declared the winners.

“The music business is dependent on compositions and these compositions are the works of composers,” Del Rosario went on. “We cannot have hit songs without these talented creators and Viva is very lucky to have ten exciting songwriters added to its roster.”

It could be recalled that the media mogul has been one of the trailblazers of the local music scene ever since he founded Vicor Music Corporation in the late 60s. Under his leadership, Vicor became the pinnacle of success as the leading proponent of Original Pilipino Music (OPM) and thus also became the foundation from which Viva Entertainment stands as the media giant that it is today.

Through its success, Vicor discovered some of the greatest songwriters in the country that led them to the peak of their careers. These songwriters include George Canseco, Willy Cruz, Jose Mari Chan, the group of Tito Sotto, Vic Sotto, and Joey De Leon, The Juan Dela Cruz Band with rock legend Pepe Smith, Wally Gonzales and Mike Hanopol, the Hotdog band with Dennis and Rene Garcia, Rey Valera, Yoyoy Villame, Freddie Aguilar, Odette Quesada, and a lot more.

Today, he goes on with his quest in discovering talented musicians such as The Juans, ALLMO$T, John Roa, Juan Caoile, This Band, Karencitta, Because, Caleb Santos, and many more.

The media executive concludes by announcing that the Viva Musika composer search will now be an annual event held by the Viva Music Group, hopeful
that he will discover more composers that have songs that can be turned into future classic hits. 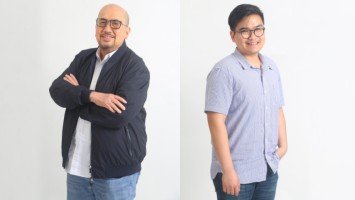 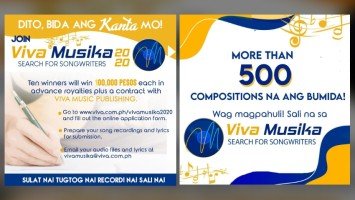