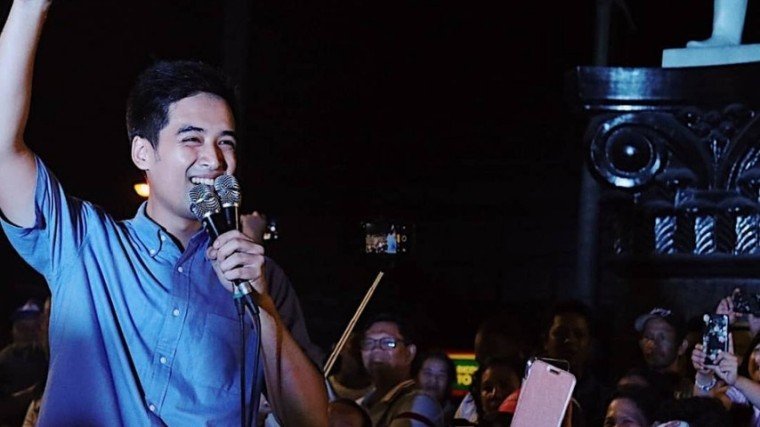 At 29 years old, Vico Sotto is set to become the next mayor of Pasig.

The son of Vic Sotto and Coney Reyes beat reelectionist candidate Bobby Eusebio by more than 80,000 votes, ending the Eusebio family's 27-year hold on the city.

Vico, who entered the political arena as a neophyte councilor in 2016, was only two years old when Vicente Eusebio took on the position of Pasig mayor in 1992. Over the years, the post was occupied by Vicente's wife Soledad, son Bobby, and for one term, Bobby's wife Maribel.

Vico comes from a family of politicians and entertainers. His grandfather, the late Vicente Sotto, served as senator from 1946-1950, while his uncle Tito Sotto is the current Senate President.

The young mayor isn't the only new leader on the local level to upset a political dynasty. In Metro Manila, two other new mayors were able to unseat politicians from a prominent political family—namely, the Estradas.

Erap served as San Juan mayor from 1969 to 1986, after which several of his relatives occupied the mayoral seat.

Aside from San Juan, the Estradas also lost in Manila, where Erap was seeking what would be his third term as mayor.

The former President was beaten by 44-year-old Isko Moreno, who served as Manila vice mayor during Erap's first term.

Like Vico, Isko also has connections to showbiz—he was a popular actor in the 90s but eventually decided to focus on his career as a public servant.