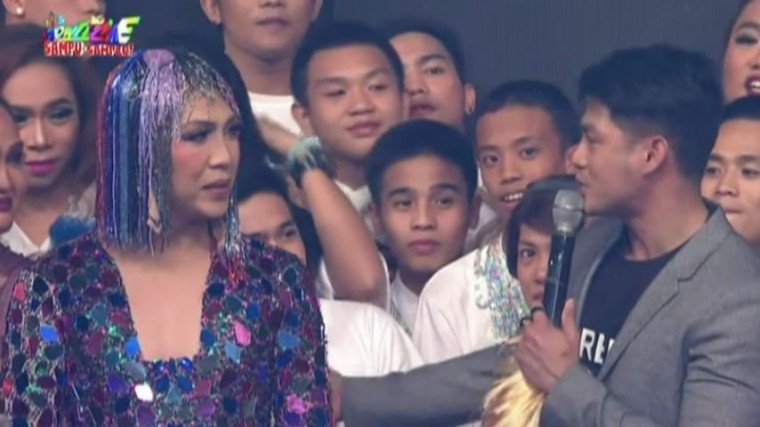 After his performance for It's Showtime's "Magpasikat" segment as part of it's 10th anniversary celebration, Vice Ganda finally admits that he has a relationahip with Ion Perez.

As his performance came to an end, the comedian-host spoke of being alone, because he is the sole host who performed alone, apart from the hosts he performed as a duo.

In meetings, Vice always said he can do performing alone but in today's episode, October 26, he admitted that he had thoughts that he can't perform alone.

After this, Vice said he was not alone and revealed that he has a significant other in life.

"At itong puntong ito, ang sarap-sarap sa pakiramdam na naramdaman kong hindi ako nag-iisa kasi, for so many years, for so many times in the past, I felt I was all alone." he said.

Audience of Resorts World Manila showered Vice with cheers and jeers as co-host Anne Curtis asked who it is.

Vice said the tenth year of It's Showtime would be his most unforgettable yet because he found his one and only love.

"Kasi dito sa tenth year, nakatagpo ako talaga na sinabi ko, you don't need to be loved by the whole world, you only need yourself and one person that you love to accept and love you back. "And meron na ako noon." he went on.

"Andiyan, ayun o!" Vice said, pointing at Ion Perez who was farther back at the stage.

The hosts asked Ion to go next to Vice, to which Anne noticed that he started crying. It's Showtime's resident Kuya Escort then gave Vice a kiss on the cheek.

"Tutuy" is Vice's nickname to family and people who are close to him.

However, it remains unclear if the hosts are referring to It's Showtime's anniversary or the anniversary of Vice and Ion's relationship.