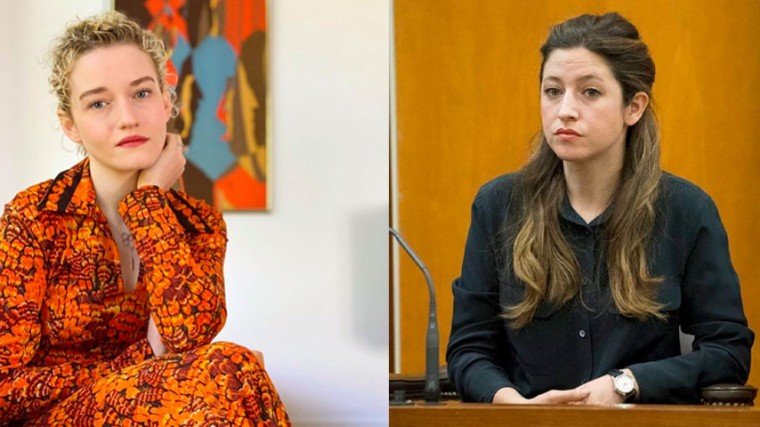 Reflecting on her visit with Sorokin, Garner admitted that a few elements of Sorokin's personality were unexpected.&nbsp;“Anna in real life, she’s really funny. She’s actually hysterical. And she’s super soft-spoken and gentle, which I was really surprised about.&nbsp;“Going into any part, you can’t have too many negative thoughts because you don’t want to start with the character judging them.”

Two-time Emmy Award winner Julia Garner will play the lead role in Netflix’s 10-part mini-series titled Inventing Anna, a story of Anna Sorokin a.k.a. Anna Delvey, the con-artist who pretended to be a German heiress and scammed people of millions of dollars to create her illusion that she comes from old money to fit in with New York’s high society circle.

Produced by Shonda Rhimes, the series is based on the 2018 New York Magazine article "How Anna Delvey Tricked New York’s Party People" by Jessica Pressler.

Anna Sorokin was sentenced to 4 to 12 years in Albion Correctional Facility for grand larceny, second-degree larceny, and theft of services. Once her sentence is up, she will be deported back to Germany.

Garner, who won two Emmys for best supporting actress in a drama series for Netflix’s drama Ozark, had the chance to visit Sorokin in jail in order to feel her character.

“You can’t dislike the person you’re playing for eight, nine months. That’s going to come across on the screen, and the performance isn’t going to be as good. She had her reasons why she did all the things she did,” Garner says to her interview with Wall Street Journal.

Filming for Inventing Anna began in October 2019 in New York with David Frankel as director.

Despite of the show's production being delayed because of the coronavirus pandemic, it is expected to be released this February.

Reflecting on her visit with Sorokin, Garner admitted that a few elements of Sorokin's personality were unexpected.

“Anna in real life, she’s really funny. She’s actually hysterical. And she’s super soft-spoken and gentle, which I was really surprised about.

“Going into any part, you can’t have too many negative thoughts because you don’t want to start with the character judging them.”

Sorokin will be granted parole in October 2021.

At her parole hearing, she told the parole board she was sorry for her actions and was granted early release.

"I just want to say that I'm really ashamed and I'm really sorry for what I did. I completely understand that a lot of people suffered when I thought I was not doing anything wrong."

Netflix paid Sorokin $320,000 for the rights to adapt her life story into a TV series. She has used $199,000 of the money to pay restitution to the banks, plus another $24,000 to settle state fines, according to records reviewed by Insider.

New York state froze Sorokin's funds in May 2019 — a rare invocation of its "Son of Sam" law, which is designed to prevent criminals from profiting from their crimes. The law was passed in 1977 after publishers offered the "Son of Sam" serial killer David Berkowitz money for a memoir about his crimes.

But with Sorokin paying off her victims, Albany County Judge Richard Platkin ordered the state's Office of Victim Services Thursday to unfreeze her bank account and allow her to use the funds she has left.

Ahead of Platkin's order, Sorokin formally agreed to pay the $70,000 in restitution she still owed to Citibank, court records reviewed by Insider showed. She had already paid the $100,000 she owed to City National Bank.

In addition to the roughly $223,000 she's paid in restitution and fines, Sorokin has also paid $75,000 in attorney fees and will owe more once legal proceedings in her case have concluded, leaving her little money left from the Netflix payout.

Sorokin, in 2018 was exposed by New York magazine writer Jessica Pressler in regards to her exploits using her fake identity to run in wealthy Manhattan circles and jump between Soho hotels to maintain a high-flying lifestyle. She had planned to obtain funds from banks to develop the Anna Delvey Foundation, a mixed-arts and restaurant space that, if successful, would enable her to pay them all back.

In a competing project, HBO bought the rights to adapt the story of Rachel Williams, a former friend of Sorokin who said she was duped into thinking she was friends with a real German heiress.

Williams said she lent Sorokin $62,000 to pay for a lavish trip to Morocco, expecting to be paid back promptly, and went to the police when she wasn't.

Williams later wrote a Vanity Fair article and book, "My Friend Anna," about her experience.