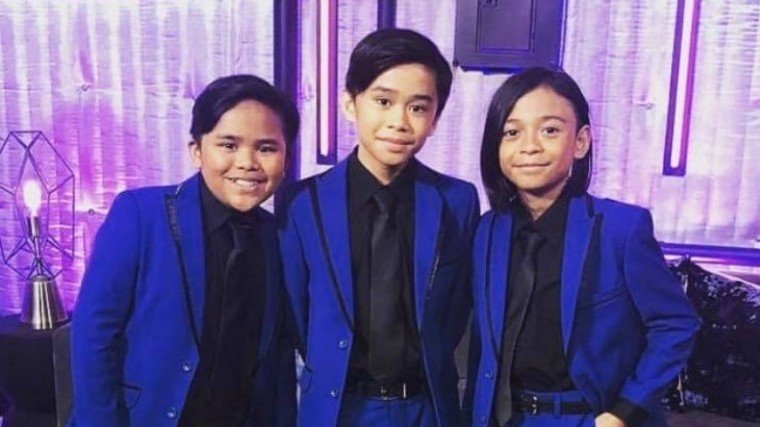 TNT Boys put the judges on their feet as they belted the song Listen to their heart's content qualifying them to proceed to the next round of the international competition The World’s Best.

The World’s Best is a reality talent competition where performers come together from different parts of the globe and will be evaluated by three judges -- Drew Barrymore, Ru Paul and Faith Hill alongside the 50 international experts called the “Wall of the World”.

The host James Corden and the judges were in awe and were extremely entertained over the dazzling performance of TNT boys.

Faith Hill went first to compliment the three, “You have some serious attitude”

“I mean you’re so precious and so sweet. But when you’re singing. You were in that song, you were like bam!”

Drew was also beyond impressed, "You know, I have a soft spot for kids. I was a kid performer, but I have kids now. This is a whole other thing. You possess a gift, you’re just that good."

RuPaul just have a few words which made the young boys squeal in delight, "Boys I have one thing to say: Shantay, you stay."

Even Pops Fernandez dubbed as Philippines’ concert queen who belong to the 50 experts was overjoyed to raise our country’s flag with the three young boys.

“I am so proud right now to represent the Philippines. On behalf of the Filipinos, guess what? I know for a fact that you can be The World’s Best,” she praised.
The TNT boys are trying to create their name internationally as they already performed in America, Australia and UK for the talent show Little Big Shots. They also held a sold out concert last November 2018 in Araneta Coliseum and hailed as the grand winner of the TV competition Your Face Sounds Familiar Kids

LOOK: TNT Boys enjoy snow in Canada in between concerts