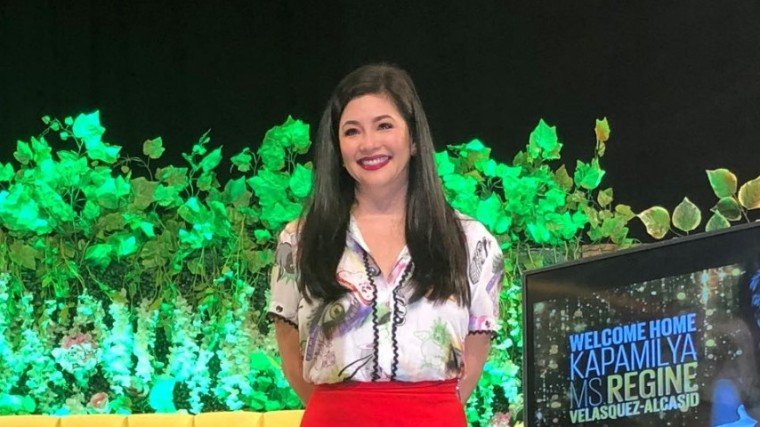 It’s official: Regine Velasquez is now a Kapamilya! The Asia’s Songbird signed a contract with her new network earlier today, joining her husband Ogie Alcasid, an ABS-CBN talent since 2016. The contract-signing marks the finale of a weeks-long guessing game as to whether the Pangako hitmaker would transfer from GMA, her network of two decades, to ABS-CBN.

Here’s a timeline of the Songbird’s controversial transfer from seven to two:

Rumors of Regine’s transfer to ABS-CBN began swirling among showbiz circles. Although the Songbird has faced persistent network transfer rumors since her husband Ogie became a Kapamilya in 2016, the rumors in August had more weight, alleging that Regine would leave GMA once The Clash, the reality singing competition she was hosting, ended.

Regine taped her last episode of Sarap Diva, the Saturday morning talk show she’s been doing for the past six years.

Rumors of Regine’s transfer are boosted as she attended the ABS-CBN Ball, the new iteration of the annual Star Magic Ball. Although she didn’t walk the red carpet (only her husband Ogie and stepdaughter Leila did), she was photographed inside the ballroom with ABS-CBN COO Cory Vidanes and other Kapamilya talents.

Following Regine’s appearance at the ABS-CBN Ball, fans tuned in to the finale episode of The Clash to see whether she would finally break her silence regarding the network transfer rumors. She didn’t make any. However, netizens noted that Regine said “see you next year,” at the finale, and took it as a sign that she would not leave the Kapuso network after all.

ASAP, ABS-CBN’s long-running Sunday concert program, announced that Regine will be making an appearance at ASAP: Live in Sydney. The Songbird posted a photo of the announcement on her Instagram account.

It can be remembered that Regine was the headliner of SOP, GMA’s defunct musical variety show that ended in 2010.

It’s confirmed: Regine has bid her farewell to the Kapuso network. This was confirmed in the 6th anniversary episode of Sarap Diva, where Regine tearfully thanked her GMA-7 bosses for the opportunities given to her over the past 2 decades. “I have stayed here for two decades. Maraming maraming salamat po sa tiwalang ibinigay niyo sa akin and for taking good care of me,” Regine said.

“Welcome home, Kapamilya Regine!” This was the message ABS-CBN wanted to convey to their newest star, who was warmly welcomed at the ABS-CBN compound with a red carpet arrival and a bouquet of roses. The award-winning singer was joined by her husband Ogie Alcasid as she stepped out of the car and onto the red carpet moments before her contract-signing at 3 p.m. Videos of the arrival show an emotional Regine, who had to pause and wipe away her tears before she met up with the ABS-CBN bosses.