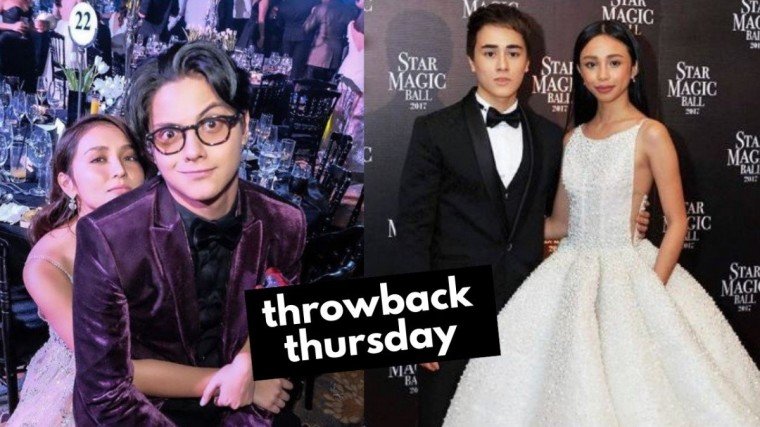 Star Magic Ball, the biggest and most-awaited gathering in local show business, is now the ABS-CBN Ball, and will be held this Saturday, September 29. Unlike previous years when only Star Magic talents were invited to the exclusive event, this year all Kapamilya stars will be welcome—even those from other managements companies.

That includes VIVA stars James Reid and Nadine Lustre, who will be attending the ball for the first time this year. But before we see this pair at the glitzy ball, let’s get in a party mood by taking a look at their fellow love teams’ looks from last year’s event:

Daniel set himself apart from the rest of his fellow actors by sporting a deep purple velvet suit with an eclectic pocket scarf. Just as impeccable was his date Kathryn Bernardo, who wore a beaded Patricia Santos gown.

Smart and sharp—that was Joshua Garcia’s look for the night. Dressed in an all-black suit, he made the perfect escort for his girlfriend Julia Barretto, who wore a beautiful backless Mark Bumgarner creation.

Liza Soberano made a good choice in the black embroidered Dior gown she wore to last year’s ball. The dark tones highlighted her fair skin and complemented the suede texture of Enrique Gil’s suede suit.

The youngest pair on this list, Maymay Entrata and Edward Barber stunned at their first-ever Star Magic Ball. Maymay’s model-like frame was draped in a Mark Bumgarner gown with a voluminous skirt, white Edward chose to go classic in a Paulo Lazaro suit.

Who are you most excited to see at the ABS-CBN Ball this year?