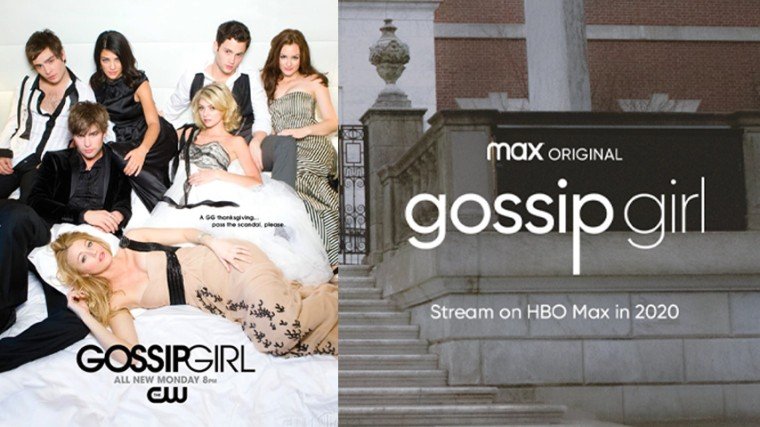 The 10 one-hour episodes of the Gossip Girl reboot series will appear on HBO Max and will be set eight years after the original and feature a new generation of privileged teens in New York. The fresh faces for the reinterpretation are Evan Mock, Eli Brown, Zión Moreno, Jordan Alexander, Tavi Gevinson, Emily Alyn Lind, Savannah Smith, Thomas Doherty and Whitney Peak.

The reboot for the hit CW series Gossip Girl has finally begun and the new cast had their first look just recently on the famous landmark steps of The Metropolitan Museum of Art where most of the scenes of the 2007 series were shot.

The 10 one-hour episodes of the reboot series will appear on HBO Max and will be set eight years after the original and feature a new generation of privileged teens in New York.

According to the show's synopsis: “the reboot will address just how much social media - and the landscape of New York itself - has changed in the last decade.”

Though Gossip Girl ended in 2012, fans of the show will be pleased because the reboot will still shoot scenes in the famous places on the Upper East Side.

The only thing that will be missed in the reboot is that none of the original cast are lined up to return, which includes Blake Lively, Leighton Meester, Penn Badgley, Chace Crawford, Ed Westwick, Taylor Momsen, Jessica Szohr, Connor Paolo, Michelle Trachtenberg, Zuzanna Szadkowski, Margaret Collin, Kelly Rutherford and Matthew Settle.

But one good news, Kristen Bell, the voice of Gossip Girl will be filling her usual spot narrating the show as the all-seeing blogger.

The new characters will be seen attending the same Upper East Side prep school attended by the original cast, Constance Billard, and will continue to meet on the steps of the Met.

But the cast will be thrust into the modern world as teens experience it now, with the turbulent landscape of social media mixed into the trials and tribulations of a Manhattan private school in 2020.

Production on the teen drama began in October 2019 after it was forced to delay due to the COVID-19 pandemic.

Warner Bros. confirmed to Variety in September that the ten-episode reboot would start shooting across North America towards the end of the month in Vancouver, NYC and Los Angeles.

Original series creators Josh Schwartz and Stephanie Savage are serving as executive producers while Joshua Safran, a producer on the first Gossip Girl, is on writing duties.

Gossip Girl was based on the novel series of the same name written by Cecily von Ziegesar. Developed for television by Josh Schwartz and Stephanie Savage, it was broadcast on The CW network for six seasons from September 19, 2007, to December 17, 2012.

The success of Gossip Girl led to many adaptations outside the United States. The show received numerous award nominations and won 18 Teen Choice Awards.

The Gossip Girl reboot will be release in 2021 on the HBO Max streaming service.

Taylor Swift is set to re-record her first five albums