"The Good Daughter/s": A recap of recent Barretto happenings 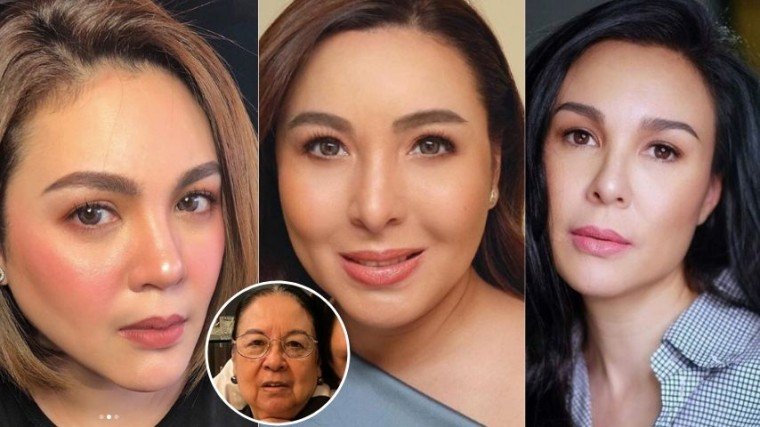 Missing out on this Barretto family feud? Here's what's been happening, so far, to keep you up to speed!

Just as we thought we were all getting a breather from the Barretto family feud, here comes a new angle.

Last Saturday, November 2, a video posted by Gretchen Barretto went viral wherein Marjorie Barretto was seen, seemingly agitated, and was also heard saying she wanted to punch a certain “Inday.” Who took and sent the video to Gretchen was never mentioned.

In the video, Marjorie was seen with children Claudia, Leon, and Dani along with the latter’s husband, Xavi Panlilio.

Although the date remains unknown, the shaky video was reportedly taken in one of the hallways of St. Luke’s Medical Center - Global City in Taguig, where the Barretto patriarch Miguel Barretto was then confined before his passing last October 15, 2019.

Gretchen responded to the comments section of her post, agreeing with the caption and saying that the video was sent via direct messaging.

Claudine, did not take it sitting down. She also shared her piece regarding the day the video was taken, where she claimed that the “Inday” Marjorie was pertaining to was their mother, Estrella Barretto.

She explained on Instagram on November 3 that only Marjorie and their mom were present in the ICU during their father’s critical stage. As Marjorie went out of the room, events of the viral video took place.

Claudine’s post came attached with a video clip of Marjorie’s TV Patrol interview where she reiterated that she’s “a good daughter.”

Claudine’s IG caption read: “My Heart breaks for my mom. Although this didn’t surprise me bcoz she does this all the time.earlier this year she was going to hurt my mom physically & in so many more times.now that my Dad is not around i promise on my father’s grave that this will never happen again.
This was the argument my mom & Marjorie had regarding julias 500k hospital contribution (in exchange of my parents subic home)  #gooddaughter

Here’s a fact ) Marjorie came out of the icu where my dad was in a critical condition. Only 2 visitors at a time can enter the ICU ( it was only mom inday & Marjorie inside the icu She then says , super drama si inday baka MASAPAK KO (who then can she refer to other than my mom inday.
To the one who sent this video.
Thank u So much.”

Claudine earlier on, also re-posted the now-deleted “sasapakin” video and Claudine and mocked Marjorie by writing: “Wow that’s what you call a GOOD DAUGHTER? I will always be a REAL GOOD DAUGHTER!”

In a separate post, Claudine shocked the Netizens after posting a screenshot of an Instagram story of a certain @barrettoestrella, whom she claimed was her mother’s official Instagram account. The post revealed Estrella as the “Inday” Marjorie was referring to in the viral video and that this Inday is now urging Marjorie to stop “using me” in her damage control effort.

However, Netizens were confused when Marjorie posted a photo with Estrella and other relatives, sharing Sunday lunch, the same day when Claudine was posting her tirades and just a day after the “sasapakin” video went viral.

Meanwhile, on Claudine’s November 3 post, Marjorie took to the comment section to give her side saying: “PROVE this twisted story of yours in court. Prove that I have ever tried to physically hurt my Mother. And PROVE this was the argument that my Mom and I had about Julia giving 500k in exchange for the subic home. PROVE it. Because it was only when Dad was dead that Julia paid the 500k and so much more than any of us. And how we repeatedly Made it clear Julia was no buying the Subic house, long before Dad died, that was clear to all, all siblings knew that, you wrote it down in your paper, and you were recording it from your phone without our consent. You are making up this story. I will See you in court, the rest of the family witl stand by me as witnesses.”

In the same comment thread, Marjorie further commented that Claudine should take her medications as she’s getting her stories mixed up, seemingly hinting about her younger sister’s rumored mental illness.

However, instead of tagging Claudine, Marjorie tagged herself.

Claudine posted a screenshot of Marjorie’s comment with the caption: “Oh my! What happened? Why did you TAG YOURSELF Marjorie? Tsk tsk🙃 don’t worry I drank my meds. So should you. Mock me all you want BUT NOT PEOPLE WITH MENTAL ILLNESS. don’t your children see a psychiatrist? #stopthestigmamentalillness #mentalillnessisnotajoke @marjbarretto”

On a post wherein Claudine posted a screenshot of mother Estrella’s Instagram Story confirming that she was the “Inday” Marjorie was referring to, the latter Barretto commented and challenged the former to prove her story in court.

Marjorie’s last words, still on Claudine’s comment thread, more or less said that Claudine’s version of the ICU incident and Claudine’s allegations of her past physical threats on their mother needed “witnesses and evidences.”

Marjorie once again reminded Claudine to “take her medications” and added that: “You are lying, Claudine. Just as always.”

Marjorie wrote (published as is): “Lets give everyone the truth and nothing but the truth, but first, take medications, than. Second, find your witnesses and evidences. You are lying, Claudine. Just as always.”

Moreover, in a phone interview Marjorie granted the entertainment website PEP, she said that she never calls her mom Inday, but addresses her as mom or mommy, thus denying it was their mom she was referring to in the said viral video.

Meanwhile, Joaquin “JJ” Barretto, the brother of the three Barretto sisters and the father of the now-controversial Nicole Barretto (the alleged ex-girlfriend of Atong Ang), got a “supporting role” in the recent turn of events as he fires back at Netizens who are urging him to stop his sisters from attacking one another in public.

JJ, in summary, simply said that her sisters are all grown up and can handle their own affairs; and that Netizens, especially the commenters, can help pacify things by shutting their mouths.

Yesterday, November 4, Claudine posted a picture with Gretchen, Estrella, and other family members having lunch. Through this post, she clarified that her mother has many accounts on Instagram and confirmed that all accounts surfacing on social media were all Estrella’s.

Gretchen, for her part, is quiet once again. She’s just happily posting photos of her partying with her Dada Tonyboy Cojuangco alongside her rumored other boyfriend Atong Ang. Her posts with the two influential men seemingly suggest that all’s well, as far as the three of them are concerned.

As for the Barretto matriarch...we wait for her next lunch date. 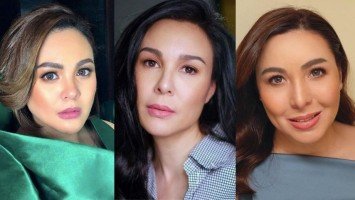 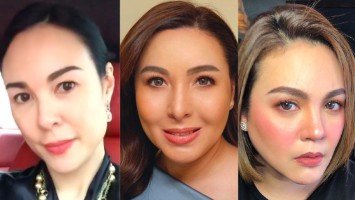 Marjorie Barretto promises to speak the “WHOLE TRUTH AND NOTHING BUT THE TRUTH” pagkalibing ng ama; appeals for prayers for the safety of her children