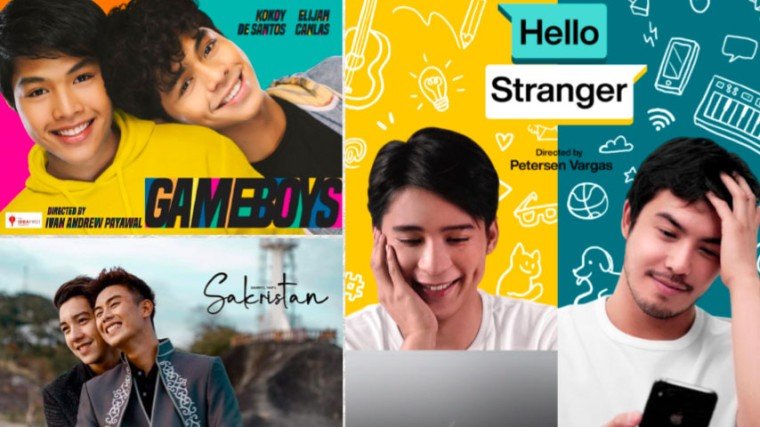 From the Thai entertainment industry, its current contribution to the present gender-bending culture is the Boys Love or BL series that is very popular even here in the conservative nation of the Philippines. Yes, Filipino content creators are currently churning out local versions of Boys Love entertainment. At the moment, there are three that are very popular: Hello Stranger, Sakristan, and Gameboys.

In a lot of convent schools even in the past, a female student may go through a rite of passage wherein she gets into a relationship with another girl. The mutual understanding between them entails keeping each other company on campus grounds and on the phone after school. They also send each other flowers, chocolates and cards (back when Hallmark still did big business).

Are they lesbians? No – because when they get to college and meet boys, they fall in love, get married and have their own family. And once they’ve established their own unit in society, they’ll promptly shake off from memory that part of high school and even frown on same sex unions.

This scenario, however, doesn’t traditionally happen in exclusive boys’ schools. But there had been reports about how this is almost an accepted practice in some junior seminaries.

The new millennium actually brought in a lot of changes all over the world. Here in the Philippines, even straight male students openly carry compact powder to school to combat oiliness on the face. Clearly, this is an influence from male Korean pop idols who embraced the androgynous look more than a decade ago.

From the Thai entertainment industry, its current contribution to the present gender-bending culture is the Boys Love or BL series that is very popular even here in the conservative nation of the Philippines.

Yes, Filipino content creators are currently churning out local versions of Boys Love entertainment.  At the moment, there are three that are very popular: Hello Stranger, Sakristan, and Gameboys.

Searching online, however, it it turned out that the Pinoy BL series had been swamping the internet for quite some time. An earlier production is #Pias: The 4Ever Series. It is the story of two male housemates who had known each other from way back in school. But it is only in the city – when they get to college – that they realize their feelings for each other.

Production-wise, there is a grainy feel to the series’ visuals. It’s like watching a VHS tape – or maybe even Betamax. But its biggest flaw is the very slow process of story-telling. Nothing much happens in the series’ early parts. The scenes are repetitive and so are the dialogues.

Its saving grace is the chemistry between the two lead performers – Darwin Claveria and Japz Nocom. Although not bad-looking people, neither is star material. Darwin, at least, has acting potentials that may eventually be developed. But obviously, he is more practical and realistic. He had since given up showbiz and now works in Finland.

For the mere curious, this series is definitely tedious viewing, especially since most of the scenes take place in a small, cramped room. Thankfully, the story begins moving halfway through – that is, if you get there at all. The director though, to his credit, is able to draw out the innermost feelings of his actors. In fact, those who wait it out till the end may feel a pinch in the heart, an indication that the series’ creator succeeds in his narrative.

The still ongoing Sakristan has a bigger budget compared to #Pias. Its quality, however, is still cottage industry-like.

Set in a small town, it features an acolyte who gets into a gay love affair with a wayward student athlete who is earlier put in his charge. The scenarios depicted here are mostly unreal and unlikely to happen in real life.

Sakristan is also plagued by amateurish acting – from the two male leads to the supporting cast that is there supposedly to bring in humor. Over-all, it has the feel of a stage play – in high school and certainly not in the collegiate level. It therefore cannot be lumped in the same category as Hello Stranger, which has a  polished and glossy look.

Backed up by ABS-CBN, Hello Stranger is expected to be the yardstick of how Pinoy BL series should be mounted. Why, Carlo Katigbak no less has his name credited as one of the executive producers.

As of this writing though, only episodes 1 and 2 are available online. But this early, it is obvious that the series’ technical elements are exceptional.

Hello Stranger is set during the quarantine period – during the last days of the school year. We are therefore introduced to a group of college freshmen whose only way of communication is via zoom.

One of the two lead characters is Mico (JC Alcantara) and he is a top student in his class. For the final exam, he is partnered with Xavier (Tony Labrusca), who is a popular member of the basketball team.  Are they going to have a bromance? Surely, this is the kind of development its followers expect to happen. The viewers have no choice though but to wait for the coming episodes.

That should also give them time to start wondering why the internet connection of the characters in this series is so efficient. It’s definitely faster than the pacing of the show that, frankly, could use a little more speeding up.

Already into its 5th installment is Gameboys and it casts Elijah Canlas as a wiz when it comes to computer games. During an online game challenge, he meets Kokoy de Santos who loses no time wooing him. There will be obstacles, of course, along the way – what with a third wheel (Kyle Velino) that just came in to complicate the situation.

Gameboys is so far the most entertaining among the three currently popular Pinoy BL series on the internet today. It helps that there are no dull moments here since the two lead stars are eternally exchanging verbal brickbats. With regard to the technical aspects, Gameboys is not far behind Hello Stranger, which is the most visually superior of all three Pinoy BL series

There are actually more local BL series lined, but this should not be cause for alarm among the prudes of society. The Pinoy BL series do not show explicit sex scenes – not even gay kissing.

Sakristan fakes its kissing scenes and there seems to be no indication that wild gay sex is in the offing in its coming episodes – unless, of course, they bring in Monti Parungao of Sagwan infamy to cap this BL project.

But so far, there is no need for the more conservative people of this country to get scandalized. The ongoing Pinoy BL series are kindergarten compared to those produced in Thailand where male actors do open-mouth kissing.

Surprisingly, a great number of the Thai BL series are women (and some straight men) who organize fans clubs the way KathNiel followers do. Maybe this has something to do with the fact that the BL series always cast really good-looking young men with mostly soft feminine features. Yes, the young male stars are so pretty that girls can almost identify with them.

Is this also going to happen to young Filipino fans? There is a huge chance since Pinoy BL series are also starting to get popular among the young female crowd in the Philippines.

ABS-CBN, in fact, bought one of the Thai BL series to air in one if its still existing platforms. Yes, the BL fever has invaded the country. You can expect it to also be part of the new normal.