The Butcher | What ails Culion 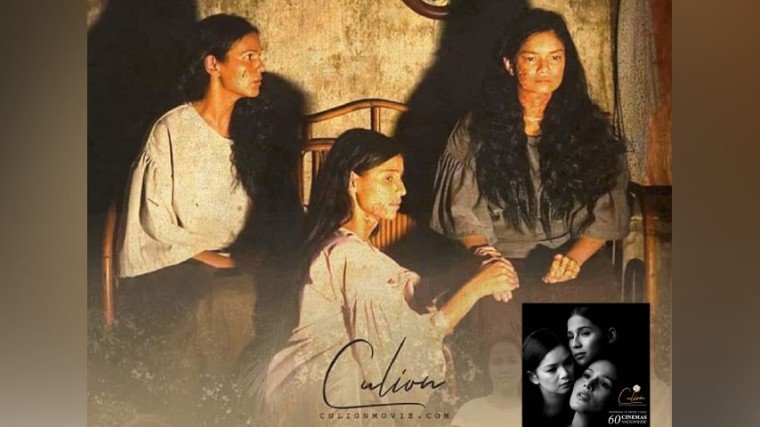 But for all the sloppiness that are all over the film, I find Culion to still be the best entry in the last Metro Filmfest. The pacing, at least, starts to speed up in the middle part of the film. Somehow, the story-telling becomes engrossing at that point. And most likely, because of Neil Daza’s wonderful cinematography, Culion in many ways comes out quite charming.

In the 100 years of Philippine cinema, the subject of leprosy must have been tackled in local movies only less than a dozen times.

Still vivid in the minds of most film scholars, for instance, is this image of Mario O’Hara as the leprous Berto in Tinimbang Ka Nguni’t Kulang.

Jose Rizal also had a leper character that appears in his novels Noli Me Tangere and El Filibusterismo. When these works were turned into movies by Gerardo de Leon in the early 1960s, the character was kept intact by the master filmmaker.

Noli Me Tangere actually had been adapted to film at least twice prior to that. The first one was done by E.M. Gross supposedly in 1917. Jose Nepomuceno also did his own version in 1930. Unfortunately, we don’t have copies of those pictures anymore and we can only assume that the leper character was used both film editions.

The late Armida Siguion Reyna, incidentally, played a leper in her debut picture, Sa Pagitan ng Dalawang Langit, in 1975. She even won the best supporting actress award for it during the 1st Bacolod Film Festival.

Another movie that had a major leper character is the now practically forgotten film Init o Lamig that featured Dindo Fernando and Gina Alajar.

In the recently-concluded Metro Manila Film Festival, the entry Culion tackles  everything there is about leprosy and those stricken with it. Set in the once leper colony Culion north of Palawan, its story begins in 1937 – some three decades after the Americans brought in the first batch of hansenites there.

Culion has three major characters: The first is the strong-willed Anna (Iza Calzado), who was brought to Culion as a young girl of nine. When she gets pregnant by Kanor (Joem Bascon), her heart breaks when her baby is given up for adoption by the Culion administrators.

Then, there is Ditas (Meryll Soriano). A former English teacher in Cebu, she is stricken with leprosy before her scheduled altar date with Greg who is later revealed to be John Lloyd Cruz. (He agrees to do this guest appearance because of a strong bond of friendship he maintains with Meryll.)  To Ditas, being brought to Culion means the end of the world for her. She spends most days trying to kill herself, but without success.

The third major character is Doris (Jasmine Curtis-Smith), who is born to leper parents. She’s never been out of Culion, but dreams of going to America, which she discovers through books. In Culion, she makes herself useful by teaching English to students of the island.

The story stretches up to the coming of the Pacific War and ends there – quite abruptly (by this time, the movie had actually been running for more than two hours). Too bad, this happens when the movie is just starting to pique the interest of the viewers.

The most outstanding feature of Culion is its photography by Neil Daza. Although the view in Culion is panoramic, Daza is disciplined enough not to turn the film into a promotional tool for the Department of Tourism,

With such magnificent cinematography, plus an interesting rarely-tackled subject matter, this film could have been the perfect bet to the Oscar Awards.

But that would have required a lot of reworking on the film – primarily with the script. That story of the three women is actually weak. The whole thing sadly looks watered down – maybe because the three characters had to divide screen time among themselves.

Perhaps the movie would have been more interesting if it junked the first half of the story and tackled instead the events in Culion during the Japanese Occupation – when even those not stricken with the disease were forced to evacuate there to escape the brutalities of war. Yes, Culion was a safe haven for Filipinos that time because even the Japanese soldiers feared getting contaminated by the leper inhabitants there.

That could have been another Oro, Plata, Mata, but with an all-infirm cast of major characters. With the Second World War as background, the pacing of Culion could have been faster.

Another factor that ails Culion is its sloppiness. The dialogues for one has so many lines that could not have been spoken by the native Filipino in the 1930s. Iza Calzado, for instance, keeps calling Simon Ibarra (as Culion’s resident doctor) “Doc.”

Until the 1970s, physicians were properly addressed as “Doctor.” In fact, Gloria Romero remembers that her first speaking line in Sampaguita Pictures in the 1950s was “Thank you, Doctor.”

All that shortcut happened only in the last few decades – when Director became Direk and Congratulations was shortened to Congrats.

Suzette Ranillo, as the head nurse, also has a line where she said something about the patients constantly wearing “long sleeves.” I can imagine that during that time, she would have said “mahabang mangas.” Manga is actually the Spanish for sleeve and in those days, the Filipino every day language (be it Tagalog, Cebuano or Ilonggo) was peppered with Castilian words.

There are other terms used in Culion that I believe did not belong to the era when the story takes place. Among the other examples are Relapse (nabinat could have been more appropriate) and gate (usually called trangkahan in the old days).

Another noticeable lapse in Culion is seen in the character of Jaime (played by Mike Liwag). Jaime is a hustler who will do anything for money. Oh, how he worships the almighty dollar. But stop right there. In those days, Filipinos didn’t care much about dollars because our money had a strong purchasing power.

Surely, there were Filipinos who went overseas before the war – but it was mostly for adventure or to study as scholars in American universities under the Pensionado Act. But definitely, they weren’t after earning dollars.

And then, of course, like most other Filipino period film, Culion has its share of mistakes in production design. Although the principal photography is in Culion, the structures that we see on screen do not look like those were already there in 1937.

Apparently, new buildings were added through the years and those were what were used during filming. Never mind if the architectural design is obviously of more recent vintage. Fortunately, that was only obvious in the exterior shots. The interiors at least look authentic.

And thank heavens for the mostly correct costumes!

By the way, that scene between Meryll Soriano and John Lloyd Cruz is a gem – spoiled only by the actor’s tiny ponytail that clearly wasn’t in fashion back in those days.

Oh, and what about the traveling wounds of the leprous characters? The makeup artist should get a good spanking for lack of continuity in his work.

But for all the sloppiness that are all over the film, I find Culion to still be the best entry in the last Metro Filmfest. The pacing, at least, starts to speed up in the middle part of the film. Somehow, the story-telling becomes engrossing at that point.

And most likely, because of Neil Daza’s wonderful cinematography, Culion in many ways comes out quite charming.

As for the performances of the cast members, everyone is uniformly good. They are truly deserving of their best performance by an ensemble award.

Iza Calzado perhaps could have been a shoo-in for best actress, except that her character is underdeveloped. The case of Upeng Fernandez is even worse. Playing a rich matron who is gets stricken with leprosy, her character is given a remarkable entrance. But nobody knows anymore what happens to her after that.

It is this kind of carelessness among the creators of Culion that marred what could have been a beautiful and interesting film.

The Butcher | The real state of Mindanao—according to Brillante Mendoza

The Butcher | The Mall, The Merrier: This movie will make your Christmas merrier 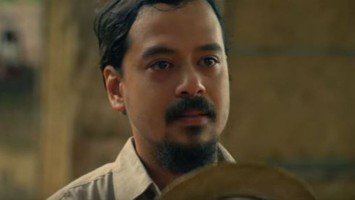 John Lloyd Cruz to mark film return in Culion; film’s producer narrates how JLC agreed to be part of the film 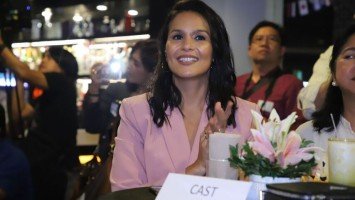 Iza Calzado lists realizations of being an executive producer for Culion