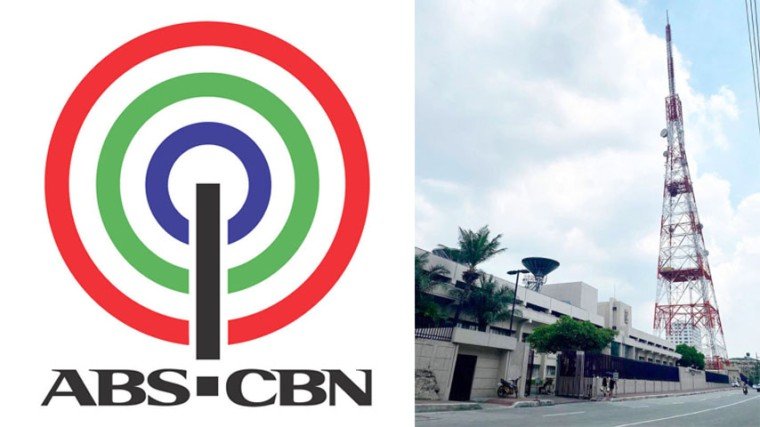 In the early 1990s, ABS-CBN had already re-positioned itself as the biggest TV network in the country. But some people, especially in the newsroom, kept fighting among themselves. One newscaster even called ABS-CBN a snake pit.

So they’re not done with ABS-CBN yet? After failing to get its franchise renewed, the network is now in danger of – gasp! - losing its very valuable real estate property. That entire block where its studios and offices are located is supposed to have a questionable land title – or so some politicos insist.

That property on Sgt. Esguerra St. (formerly Bohol Avenue) was purchased by Eugenio Lopez, Sr. way back in 1957 for some P2-M or so (a huge amount then). Although the properties in that area were cheaper compared to White Plains and New Manila that time, the Bohol Avenue neighborhood during that period boasted of truly fine concrete homes, mostly adorned with precast designs.

The late Boholano President Carlos P. Garcia, in fact, had a huge residence there – and that may have been the reason why that charming thoroughfare was named Bohol. That entire property had since been converted into a high-end condominium building called El Jardin del Presidente.

The ABS-CBN compound that was eventually called Broadcast Center was not built until 1966. It was completed in 1968 and inaugurated in December of that year with – ironically - then President Ferdinand Marcos as special guest. Marcos would have that entire property confiscated in September 1972.

The pre-martial law ABS-CBN people actually enjoyed that compound for only less than four years. Oh, but what a ball they had then. Makeup artist Norma Calubaquib recalls that each major network property – Dolphy, Nida Blanca, Marlene Dauden, etc. - had their own individual dressing room that allowed them to rest (sleep even) during breaks.

The building was designed by Carlos  Arguelles. For its interiors, the Lopez family hired no less than top designer Wili Fernandez, the husband of beloved food writer Doreen Gamboa Fernandez.

That ABS-CBN logo – the one that looks like a “katol” (mosquito coil) was all over the place: on the drapes, doors and even in the bathrooms (specially commissioned tiles). In 1970, the network even built an entire village on what is now the towering ELJ Building for a pre-noontime soap opera that sadly did not do well in the ratings.

In the early hours of September 23, 1972, the military took over the entire ABS-CBN compound. Martial law had been declared. The late filmmaker Gil Portes remembered he was in his office when they were all made to leave the premises. He was worried the military men would find the little Mao book he kept in his desk drawer and be labeled as a commie. No need to worry: the soldiers were merely after cash and Playboy magazines hidden in the tables of employees who never had the chance to retrieve their personal belongings.

Fast-forward to post-EDSA I. After pleading to the Cory administration to please return what truly belonged to them, the Lopezes were able to bring back ABS-CBN on air.

But while financially successful – like the way things were prior to martial law – the atmosphere in ABS-CBN always seemed full of turmoil. A psychic once said that it could be due to a pair of sphinxes nestled at the entrance of the old building of ABS-CBN.

Invisible, of course, to the naked eye, those sphinxes may be bringing unrest and misfortune among the people in the network. Why, the pair of sphinxes may already have been there prior to martial law. Was that the reason why ABS-CBN was confiscated by Marcos – with Geny Lopez later even thrown as a military prisoner in Fort Bonifacio?

In the early 1990s, ABS-CBN had already re-positioned itself as the biggest TV network in the country. But some people, especially in the newsroom, kept fighting among themselves. One newscaster even called ABS-CBN a snake pit.

For some reason, the moment you step into the premises, you feel like you are being hit by invisible darts and arrows  - at the back where you can’t even lick your wounds. Yes, there had been a lot of back-stabbing incidents there. The fearless ones, at least, fight openly – with one female executive producer strangling a pretty, but feisty on-cam personality in full view of everyone.

Ghosts actually love to hang around TV stations – supposedly because they get their energy from electronic devices (think Poltergeist, the movie). ABS-CBN sure has its share of these wayward spirits. Their favorite hangout is in the editing bay where there are electronic machines galore.

Charo Santos Concio once had a ground floor office where a spirit was supposed to be guarding her. In 1995, she moved upstairs and her old spot was inherited by Arlene de Castro, wife of Kabayan Noli. At a chance meeting within the premises, Arlene asked Charo: “May naiwan ka sa dating office mo, ’no?” Charo already knew what Arlene meant.

When the ELJ building was about to be constructed, a lot of trees were felled within the compound and that brought shivers up the spine of some employees who felt something in that semi-forested area that by then was being used as parking for the on-cam talents.

For the ELJ structure to be built, the company was said to have borrowed heavily from financial institutions. Unfortunately, during the early phase of construction, the Asian crash happened. From P26:$1, the exchange rate went up to P38:$1 – until it swung all the way to P50-plus:$1. ABS-CBN was caught in the middle of that difficult financial crisis.

GMA also resorted to borrowing that time to build its 16-story high building at the corner of EDSA and Timog. But as always, GMA played it safe and chose to be more conservative in its business moves – unlike the more ambitious and daring ABS-CBN.

From 2004 till 2014, ABS-CBN only played second to GMA in the ratings game. Add to that the ULTRA stampede during one of the anniversary presentations of Willie Revillame’s noontime show.

ABS-CBN managed to regain its top position in the TV industry some six years ago – thanks mostly to the stewardship of Charo Concio. And then, the franchise  revocation happened – with the confiscation of its compound possibly next.

Maybe the whole ABS-CBN complex should be re-blessed – with some exorcism rites thrown in. Is this suggestion hilarious – even hysterical? Perhaps.

But then, recent events pertaining to ABS-CBN had been nothing but absurd. Extreme measures are necessary to end this tragicomedy.