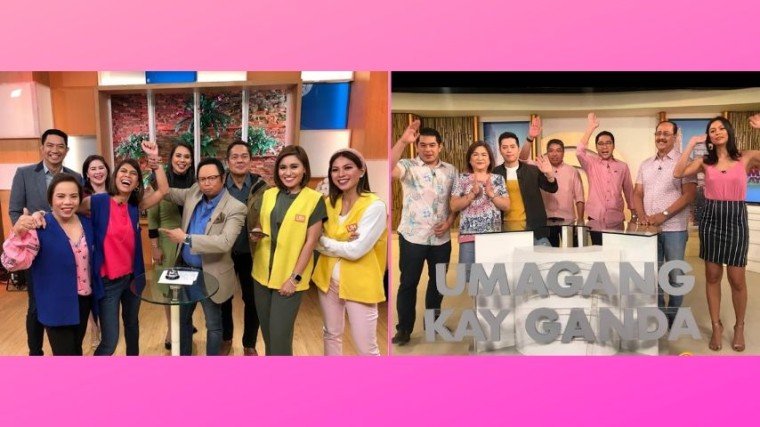 If you want a really perky morning, I would go for Umagang Kay Ganda. However, if you want a more thorough and in-depth analysis regarding current affairs, I would switch to Unang Hirit.

These two competing programs, however, feature practically the same news headlines. To make matters even worse, those news features are already replays – having been aired many times over the day before in various news programs.

Both UKG and UH begin airing at 5 a.m. This is when the two shows roll out the stale headlines from the day before. The process is repeated an hour later – obviously for the benefit of the late risers.

But – as they say – the early bird catches the worm. When the headlines are delivered at 5 a.m., some items are threshed out by the anchors – and the ensuing discussions are truly interesting and informative in both UKG and UH.

Let me assess how the hosts handle the portions where the headlines and issues of the day are discussed and analyzed. I will start with UKG.

Around four years ago, Anthony Taberna and Jorge Carino were the dynamic duo of UKG. They were both funny (they still are) – like they were the news and public affairs’ Dolphy and Panchito. Anthony was clearly the show’s top banana – with Jorge as his perfect foil.

Through the years, however, the rest of the gang caught on. Amy Perez, for instance, was only useful for her cooking demos back then. But now, she manages to share her views on issues pertaining to current affairs.

Until only recently, Ariel Ureta’s participation in UKG was felt only through his cackling. Today, however, he gets to express his views on political matters. He is  also the go-to person every time a foreign word comes up that no one among them knows how to pronounce.

I just wonder: Is the TV audience today aware of the fact that Ariel Ureta was a television (and even movie) superstar in the old days? For at least two solid years, he was the hottest thing in entertainment – mainly as the host of Twelve O’Clock High (it later became Noontime Matinee and then Ariel con Tina).

After TV hosting, he also tried directing variety shows and later appeared again in the movies – first as the father of Ryan Agoncillo in the Kasal, Kasali, Kasalo series and later as the widowed dad of Eugene Domingo in the Kimmy Dora franchise. (As lead actor in his prime, he only did two films – Zoom, Zoom Superman and Si Popeye Atbp. - both of which were blockbuster hits.)

It’s heartwarming to see him still around and doing something totally different from what he became famous for. But, please, enough of the cackling.

Winnie Cordero is another TV reinvention. The public first knew her as Liwanag, the second wife of comedian Sammy Lagmay in the sitcom Abangan ang Susunod na Kabanata. But she is obviously thriving as one of the hosts of UKG. She is very effective in the show because she gives her all during the group’s on-air banters. Winnie is 100% fun every time she jokes around with either Anthony or Jorge.

A great recent addition to UKG is Jeff Canoy. He is very sharp and witty. Left alone, he can run the show by himself. One would never suspect that he is the show’s newbie.

Former beauty queen Ariella Arida is also a welcome addition to UKG. Initially, I thought she’d make a good sitcom mainstay since she can be very funny when she talks. But there aren’t that many sitcoms anymore – unlike during the time of Maria Teresa Carlson, for example.

At the moment, she is doing drama – as a cast member of the very successful The Killer Bride. I don’t know how she manages to do a daily soap and still be part of a very early morning show – but she’s there (although she had been absenting herself from UKG lately).

Ariella obviously is still learning the ropes as part of UKG. Although she is still feeling her way around, I know she’ll get there in time. After all, it also took Amy, Ariel and Winnie a couple of years to be able to display the kind of confidence they now exude in Umagang Kay Ganda.

And now, the hosts of Unang Hirit:

Arnold Clavio is clearly the leader of the pack in Unang Hirit. His biggest strength lies in his being fearless (he is a very powerful media person, after all).

Ivan Mayrina, however, is the one who brings sense and order to the group whenever the discussion (due to the babbling of everyone) loses direction. He is also Mr. Fairness and Objectivity.

Just recently, a transgender woman was not allowed by a security guard at a gas station to use the ladies’ room and the altercation became viral. The security guard is the one who is getting crucified by netizens. But before the UH gang got into the fray, Ivan cautiously warned everyone not to pass judgment all at once - “since something may have triggered the reaction of the security guard.”

What he said is true. The camera may not always be necessarily accurate – unless it is able to capture everything from beginning to end. I wanted to give Ivan a one-man standing ovation that time, except that it was too early in the morning for that.

Among the women in the group, it is Susan Enriquez who is loved most by the viewers. Susan can be quite hilarious and what endeared her to the public is her provincial charm.  I am afraid though that she is starting to lose that little by little and is now starting to get accustomed to the metropolitan way of life. I am happy still that she has retained her quick wit and remains the life of the Unang Hirit party – if you can call it that.

The Unang Hirit group discussions weren’t always this interesting and engaging. Only a few years ago, most of the gang members could only say “dapat ganito” or “dapat ganyan.” Oh, brother, tell us something we don’t know yet. Sometimes, the contribution of some of them was a mere “Tsk, tsk, tsk.” They did this usually as a reaction to horrendous crimes. That was all they could offer.

Today, however, everyone has an opinion – with each one quite valid. A UH host whose confidence eventually blossomed is Connie Sison. Yes, she was part of the original “dapat ganito” pocket confederacy. Fortunately, she is able to contribute a lot more meat into the discussion these days. I believe she is still part of the Unang Hirit “Tsk, tsk, tsk” gang though.

The biggest Unang Hirit blessing, of course, is the recent arrival of Mariz Umali. A true blue journalist, her nose for news must have been developed while still in her mother’s womb.

Since she is out on field all day, she knows what is going on in the world and can confirm, correct and add information to most of the issues being discussed in the program. As one of the ace reporters of GMA, she is not just a pretty face, but is also very intelligent. Her best trait, however, is her being diligent. I hope Unang Hirit keeps her in the show for good.

And so which of the two morning shows is better? I will only judge the discussion segments of each program because the rest are just cooking, a visit to this and that festival and showbiz news. The core of both UKG and UH truly lie in the discussions among the anchors.

So now, which is better? The UKG hosts are such an undisciplined lot. They come late to the show and I doubt if they are penalized for that. Their on-air discussions, however, are livelier and funnier. I guess there’s nothing like good humor to start off the morning. Why, they are even able to extract comedy from the tardiness of the anchors. If you want a really perky morning, I would go for Umagang Kay Ganda.

However, if you want a more thorough and in-depth analysis regarding current affairs, I would switch to Unang Hirit. It really helps if majority of the anchors are trained journalists who know what to gather and share with the public. This is the strength of Unang Hirit.

To me, Unang Hirit is the better morning show. Aside from the discussions, the program also features very useful segments handled by Winnie Monsod and Atty. Gabby Concepcion.

Now, do I hear the anchors of Umagang Kay Ganda doing their own version of tsk, tsk tsk as a form of protest against my verdict?

Don’t worry, UKG guys, you are still the fun group. For all the grimness on earth, you still make the world a better place with your fun-filled assessment of the news. 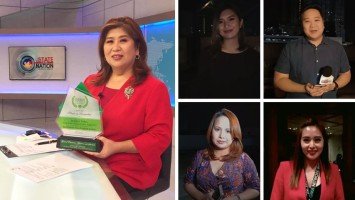 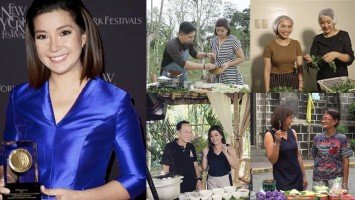