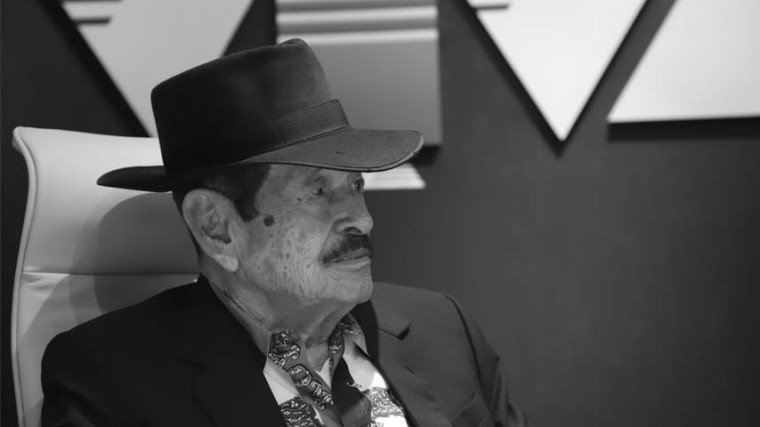 When directors Wenn Deramas and Francis Xavier Pasion died in close succession in the first quarter of 2016, some quarters called for shorter working hours on the sets of films and television.

Deramas and Pasion both succumbed to heart failure and to this day industry members believe it was fatigue that did them in. Deramas, in particular, was overworked and spending 36 hours on a film/TV set was not unusual to him.

Those twin deaths so alarmed entertainment practitioners that they started calling for an earlier cut-off time during taping and movie shoots.

Like a dream sequence in a fantasy film, this was observed – until reality kicked in and everyone was back to the nightmarish working conditions required by a daily soap opera.

Except for senior stars who get to pack up and leave work at midnight (although some are still made to stay way beyond that when there is a delay in the shoot), most everyone still works 24 hours straight.

With the recent accident of Eddie Garcia on the set of Rosang Agimat, there are now suggestions to have ambulances on standby during location shoots. Some production companies had long been providing that kind of medical assistance, like Viva. But in these hard times, how is that possible when networks are penny-pinching?

To begin with, practically all soap operas have two – sometimes even three - units shooting simultaneously in various parts of Metro Manila (at times even in the provinces). There probably aren’t even enough ambulances in the country to cover all those soap operas being churned out by the two major networks.

In the statement released by GMA regarding the accident of Garcia, officials insist that they do have ambulance crew on standby “during big scenes.” So what about the small ones?

Of course, accidents may occur at any time. But the accident of Eddie Garcia perhaps could have been avoided if only the usual protective plastic covering was laid out on the floor to keep the cable wires in place. Then he would not have tripped over those. But then again, nobody wanted that accident to happen, especially not to the beloved Eddie Garcia. Perhaps out of sheer concern for the great actor, some people say that he should not be working anymore at age 92.

The truth is, Garcia doesn’t even have to work anymore since he had long achieved financial stability. But then he still enjoys working – and yes, he is still very much in demand as an actor on TV and, lately, for indie films (he has two best actor nominations in the upcoming Gawad Urian).

A talent coordinator only has to text him to check his availability for a project and he promptly and – very politely – calls back to get the details of the shoot. He is his own secretary.

Garcia is also the king of punctuality. He shows up on the set way, way ahead of his call time – raring to work. More importantly, he can still memorize lines.

But best of all, he still delivers award-winning performances.

With that tragic accident involving him, film and TV companies are now figuring out ways to ensure safety on the set. Definitely, having ambulances on standby is not enough.

Perhaps there are only two ways to keep everyone safe on the set and restore sanity among actors and production people involved in soap operas. One is to lessen the greed of networks. Contrary to public perception, even these TV stations are badly affected by inflation. Sacrifices therefore have to be made and the first to be offered on the sacrificial table would have to be the artistas.

Actors are no different from carpenters: both are paid on a daily basis. No work, no pay. Carpenters are luckier in the sense that they only work for eight hours, Beyond that, they get overtime pay.

Onscreen talents, however, are oftentimes made to work 24 hours without extra pay. And believe me, the pay is no longer that good, unlike in the distant, more lucrative past.

TV producers actually make the actors work for long stretches of time to maximize their services at minimum cost. Why pay for another day when the actor can be coerced into finishing all his scenes within the 24-hour span?

But why are the artistas the first to be offered to the gods of greed (read: network owners)? For one thing, there are so many of them. Actors are now the most disposable items in the market after plastic forks and spoons. Those who complain about long working hours can easily be replaced by cheaper and more compliant out-of-work actors. There is now an abundance of cheap labor you can kick around. And greedy network executives are now ruthlessly exploiting the situation.

Maybe the best way to keep everyone safe during taping is for television to revert to vertical programming. This means that tele-seryes will no longer be aired daily, but on a weekly basis.

Until the late 1990s, only soap operas scheduled in the afternoon or early evening were aired daily – and shot within the comforts of an air-conditioned studio. This was the case with Flordeluna and Anna Liza.

Gulong ng Palad was aired only on Friday evenings, while Maricel Drama Special and Regal Hour were weekly anthologies.

The problem with soap operas today is that actors and production people have to come up with a new episode every day. In most instances the episode scheduled for airing for a particular evening is usually still being taped on the afternoon of the same day. Those in production call it “hand-to-mouth existence.”

People have to move fast. Everyone is on a rush. This is when accidents happen. In their hurry to get things done, precautionary measures are thrown out of the window. This must have been the case in the Eddie Garcia accident last June 8.

When nightly soap operas officially became the norm in primetime viewing more than a decade ago, talent manager Arnold Vegafria (now holder of the Miss World local franchise) was able to wangle a very profitable deal in a tele-serye for Dina Bonnevie. While grateful to her manager for that wonderful bonanza, she also complained about the very long hours required in mounting a single episode of a nightly series. “Arnold, ang sabi ko sa iyo ikuha mo ako ng hanap-buhay. Ang ibinigay mo sa akin, hanap-patay,” she joked.

Maybe in Dina’s heart of hearts, that was just said half-jestingly. Deep inside, she must have been suffering given that killer of a work schedule.

That major accident involving Eddie Garcia may not happen every day. But people involved in the daily grind of soap operas are subjected to a slow death with the severe cost-cutting measures imposed by TV bosses for the purpose of increasing revenues for the network - plus the oppressive working conditions required in the taping of these tele-seryes.

Let there not be any more Wenn Derramases and Francis Pasions.

And may Eddie Garcia wake up from that deep sleep refreshed, recharged and ready to work like he was before that unfortunate accident that truthfully could have been avoided if only the production people were more careful and alert on the set. 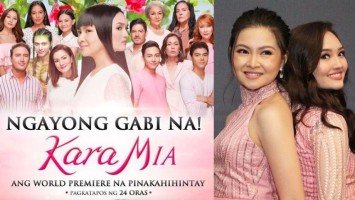