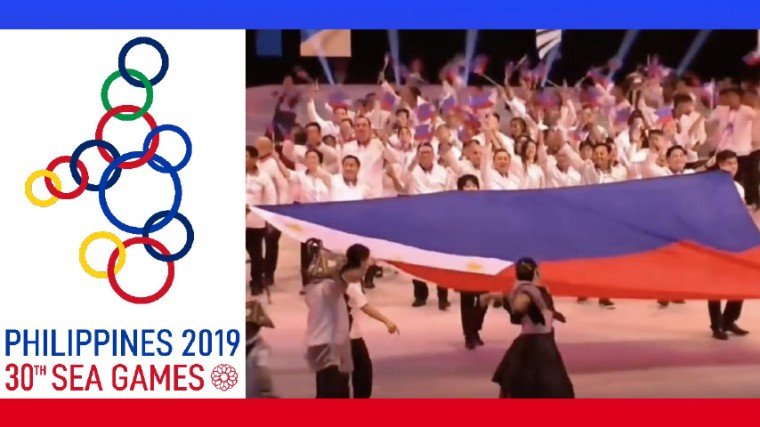 Fortunately, the opening ceremonies at the Philippine Arena in Bulacan last November 30 more than made up for all the fiasco that was happening at the very early stage of the event.

Once upon a time, Filipinos toyed around with the idea of hosting the Summer Olympics – believe it or not. This was in 1970 – while preparations were underway for the 1972 Munich Olympics.

It must have been members of print media that first brought it up. Soon, there were loose discussions about where to hold the events here in Manila. Araneta Coliseum was in such decrepit state in those days.

The only other venue where sporting events could be held back then was Rizal Memorial Stadium. No, there was no ULTRA yet. What stood on its present site in Pasig was St. Martin School, which had a reputation as the dumping ground for students kicked out from exclusive boys’ schools.

Looking back, the late President Ferdinand Marcos would have vetoed the suggestion of bidding for the Summer Olympics. Months before that, in fact, he had just launched his austerity program.

What? Imelda Marcos – austere? She was not yet Imeldific then. She was simply Imelda then – or Meldy – and was generally still well-loved by the populace. Of course, she already had a few detractors from the opposition that time who called her vile names.

But, given her beauty and sweet disposition, she was a very popular First Lady up to around the early phase of her husband’s second term as President.

She was, in fact, credited for the impressive performance of the Philippine delegation in the 1970 World Expo in Osaka.

But for all her organizing skills, perhaps she was not the best person to put up what Filipinos visualized then as the Manila Olympics. For one, Mrs. Marcos didn’t seem to like sports.

During the Thrilla in Manila in 1975, she surprised many when she accompanied Ferdinand Marcos during the fight at the Araneta Coliseum. However, she spent the whole time looking down (probably at the first of her 3,000 pairs of shoes) because she couldn’t stand the sight of two people punching each other – heavyweight champions Muhammad Ali and Joe Frazier in this case.

The Pinoy dream of hosting the Summer Olympics all but disappeared when martial law was declared in September 1972 – plus the massacre of the Israeli athletes during the Munich Olympics.

Segue to more than four decades later – days prior to the opening of the SEA Games. Officials of the Southeast Asia-wide sports events begin running around like headless chickens because of Cambodian athletes who could not be fetched from the airport, delegates who had to sleep on the floor due to lack of accommodations and our own team complaining about having been fed for breakfast chicken sausage masquerading as kikiam.

So much for the Filipino dream of hosting the Summer Olympics. (Incidentally, all Muhammad Ali asked for breakfast when he was here were six eggs, a stack of toast and a gallon of fresh orange juice.) The Philippines obviously isn’t capable of hosting an international event of such magnitude.

The country has hosted the SEA Games thrice in the past, but this time around seems to be the most ambitious – with that P50-million cauldron symbolizing Rep. Allan Peter Cayetano’s ostentation.

And it doesn’t help that SEA Games chief organizer Ramon Suzara isn’t exactly blessed with charisma. Maybe he should put less gel on his hair.

Fortunately, the opening ceremonies at the Philippine Arena in Bulacan last November 30 more than made up for all the fiasco that was happening at the very early stage of the event.

Of course, Davao City Mayor Sara Duterte-Carpio was unhappy about the entrance music of the Filipino delegates: the Hotdog’s most iconic song Manila, released in 1976.

As soon as I heard the first few bars of the song, I knew there would be an outcry from non-Manilenos. But then, what other local song could provide the same energy and vigor among Filipino spectators outside of the Philippine national anthem? Surely, the crowd can’t dance to that.

I thought about Jakiri’s Zamboangan. No, that won’t do. It’s not as upbeat as the Manila song. Pamulinawen, Atin Cu Pung Singsing, Sarung Banggi and Dandansoy (actually a lullaby) and Matud Nila – all those songs would have divided us further.

Bayan Ko may not even be the song that would unite us because that’s written in Tagalog and I know of some Visayans who grow hives at the mere mention of anything Manila-based. Besides, this Constancio de Guzman song is already so closely identified with the EDSA revolts. Let us save that for the time when we are already up to here and ready to revolt against EDSA traffic.

But no matter what they say about the use of the Hotdog Manila song, it was undeniably a hit among the athletes, those gathered at the Philippine Arena and even among viewers who monitored the event via the ABS-CBN special coverage of the SEA Games opening ceremonies.

It was as if somebody brought out a magic wand and we all forgot about the shortcomings of the SEA Games organizers and everything was just forgiven. That entire segment when the Filipino athletes walked to the tune of Manila truly made us proud to be Filipinos.

Maybe it was also the sheer number of local delegates that helped that moment to become magical. It was like a cornucopia that spilled out wave after wave of Filipino athletes all looking good in their barong with the colors of the Philippine flag on the collar.

The musical show that followed was truly spectacular – thanks mostly to the performances of our world-class singers. Equally amazing was the parol-inspired drone light show that followed. I can just imagine the number of hours (must have been days and days) spent to perfect that portion of the program.

It’s just too bad that typhoon Tisoy had to be such a scene-stealer in the days that ensued – causing damage and even deaths in parts of the archipelago, particularly in the Bicol region.

On the bright side, Filipino athletes continue to reap medals and has remained on top of the SEA Games medal tally. I sincerely hope the closing ceremonies become another show-stopper – just like the opening rites.

Oh, but the excitement isn’t supposed to end there. Isn’t there going to be an investigation about alleged corruption with regard to the SEA Games budget?

That should be one hell of a show. Let the political games begin.

The Butcher | Lazada/Shopee TV specials: The battle for material greed