The Butcher | One of the Baes: A comedy show with everything but humor 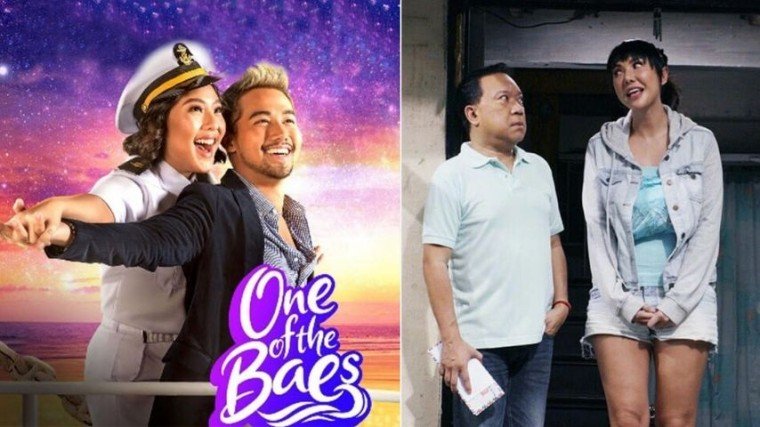 Another failed attempt is the effort to create a comedic duo between Roderick Paulate and Maureen Larrazabal. Roderick as we all know is one of the finest comedians in Philippine show business. But, sorry, he absolutely has no chemistry with Maureen, who looks like a second-rate, trying hard Carmi Martin copycat in the series. Why didn’t they get Carmi in the first place? Chemistry – thankfully – can be developed and so we’ll wait for that.

Here’s hoping I got this etymologically correct: It all started with the word Baby as a term of endearment. It eventually became Babe and then Bhe.

In this new millennial kingdom, it is now Bae. It’s not exactly a new word. Eat Bulaga, in fact, launched a contest in 2015 called That’s My Bae.

GMA’s newest series is a romantic comedy called One of the Baes. It stars Ken Chan and Rita Daniela and this serves as a major reunion project after they  unexpectedly became a love team in the successful afternoon drama My Special Tatay.

Given its genre, the show’s creators are obviously trying very hard to squeeze out every drop of humor they can get out of its plot and the names of the characters.

Rita’s name in the show, for instance, is Jowalyn Biglangdapa. Her nickname, of course, has to be Jowa and that’s supposed to be funny, except that I am not laughing over that one.

As for her surname Biglangdapa – well, there is an award-winning film director called Pablo Biglang-awa, who made two interesting films in the past: Inang Yaya with Maricel Soriano and Maling Akala with Jodi Sta. Maria. Surely, there must be some people with the family name Biglangdapa somewhere and I doubt if they’ll find it amusing that the show is using their last name to elicit laughter.

Rita’s adoptive father in the series is portrayed by Roderick Paulate, who is still a closet homosexual in Weeks 1 and 2, but is slowly, but wildly coming out in 3. His name there is Paps Fernando.

If there is a Paps Fernando, there should be a Martin Rivera – the heel ex-boyfriend of Rita Daniela, played by Rodjun Cruz.

But what’s Martin without Gary? And so there is Gary Balencia, one of the supporting characters played by Kenneth Medrano, the 2015 That’s My Bae winner.

From the local music scene, the show’s writers go international and so they name Joyce Ching Xtina Aguilar.

What about a combination of music and sports? Archie Alemania is Efren “Bagets” Reynes in the series. To be fair to the gifted Alemania, he is so much funnier in the show than the name they gave him. The series’ creators should just let him be since Archie is one hell of a comedic talent anyway.

The show’s creative team is also desperately trying to make a comedy queen out of Melanie Marquez. But here’s the deal with Marquez: She is funny on her own. But given a script, she has to be closely supervised.

You may not believe this, but Melanie can also transform into an effective dramatic actress – but again, if handled properly.

More than 20 years ago, the late Maryo J.  de los Reyes experimented with Melanie and put her in a serious role in a drama anthology on Channel 5. She played a well-off woman who fell in love with her driver, portrayed by Anton Bernardo (now you know how long ago this was). Incredibly enough, she managed to pull off that very delicate role – nuances and all.

So far, I’ve only seen one funny scene she did in the series. This was during a red carpet affair and she showed up in what looked like a light crimson dress and began wondering to herself why she looked like the red carpet.  Aside from that one moment, most of her scenes fall flat. She needs to be given better material.

Another failed attempt is the effort to create a comedic duo between Roderick Paulate and Maureen Larrazabal. Roderick as we all know is one of the finest comedians in Philippine show business. But, sorry, he absolutely has no chemistry with Maureen, who looks like a second-rate, trying hard Carmi Martin copycat in the series. Why didn’t they get Carmi in the first place? Chemistry – thankfully – can be developed and so we’ll wait for that.

The creators of this program, however, need not despair. One of the Baes may not be all that funny, but it is charming. Technically it looks seamless – the photography in particular.

The cast members also seem to be giving all their best. And nobody can fault Melanie and Maureen for not trying. In fact, they try too hard and have to be restrained from time to time.

Ken Chan is also doing his best, except that he has another thing in common with Richard Yap aside from having Chinese roots: He is also bland as an actor.

In the series, he plays a bantay-dagat volunteer and there are so many things he can do with that character. It’s just unfortunate that he still has to improve a lot more as a performer.

In the case of Rita Daniela, she may not be the most desirable Kapuso actress, but she can be very interesting. She stands out among the GMA talents because there is no one else like her (Barbie Forteza is the closest I can think of). She is cute and pert and definitely very talented. Given her tiny frame, Rita manages to hold the show together.

At the moment, Rita’s story is focused on her training in the maritime institute where life is being made miserable for her by Joyce Ching, whose acting range stretches merely from A to B.

I can’t wait to see Rita enter the story’s subplot which involves Melanie Marquez, Amy Austria and Tonton Gutierrez. It is obviously here where she will eventually discover her true origins. I bet there will be a lot of dramatic scenes waiting for her, but I have faith she’ll conquer them all.

One of the Baes may not be funny, but it has a lot to offer to late-night viewers. For one, most of the situations there give us valuable lessons in life, but without necessarily resorting to hard-sell.

In a painless manner, the show teaches its followers true and genuine friendship (as exemplified by Rita and her all-male gang), unconditional love between father and daughter (Rita and Roderick) – plus perseverance (as seen in the young cast members’ severe training at the maritime institute).

As for One of the Baes being a comedy program, let’s just say that humor cannot be forced – so don’t force it. But surely, this show has a lot of other things going for it.

So, to the show’s creators: Relax and focus on the good things you have - before One of the Baes becomes one of those GMA programs that were given a premature date on the chopping board.

The Butcher | Amalia Fuentes may be gone, but she left behind a legacy that will live on till the succeeding generations.