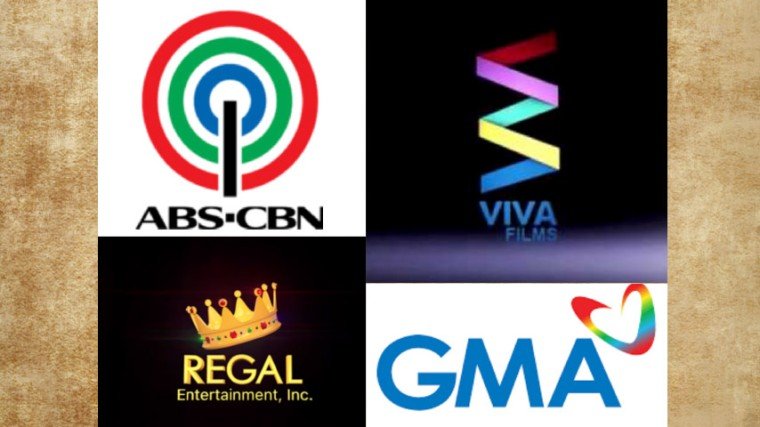 At the moment, local show business is experiencing a third shutdown. The enemy is no longer a dictator here – and certainly not the Japanese. It is a deadly virus traveling within our midst and everyone is at risk.

Movie and television stars are no different from carpenters, masons, and other manual laborers: No work, no pay.

With the coronavirus cases rising in the country (and all over the world), entertainment companies had decided to stop production work. This means that tapings for soap operas and even live production had been put on hold since end of last week. Movie shoots likewise screeched to a halt.

The only people reporting for work in television – aside from the regular employees – are members of the news team. In Umagang Kay Ganda, only the hardcore reporters like Anthony Taberna, Jorge Carino, Tina Marasigan and Jeff Canoy were retained.

Those who handle the lighter side of the news - Amy Perez, Ariel Ureta, Winnie Cordero and Ariella Arida – had been made to go on leave. There are no out of town features anyway and there’s very little to report about show business.

The hardest hit are those doing soap operas because only replays will be shown from hereon. As always, this is the typical reaction of the ordinary showbiz observer: “Those people are rich. They already saved a lot.”

Unfortunately, this is not entirely true. While a select few receive as much as P300,000 per taping day, the rest practically get a pittance. A young lead star in an afternoon soap, for instance, can get as low as P10,000 per taping. But that actor doesn’t necessarily tape every day. And you have to deduct from that the talent agency’s commission – plus taxes.

To think that most of these juvenile stars are breadwinners. And at this point of their respective young careers, they are most likely still paying for their cars and their newly-acquired condo units.

But what about those who work behind the camera? Every production, for example, has a utility person. His duty is to run errands – bring food to the director and major stars during meals, coordinate with the caterer and making sure there is always safe drinking water for everyone involved in production.

Lucky for these utility people, they get paid every hour of overtime (the stars and the rest of the creative team don’t enjoy that benefit). But put all those hours together and the most they earn is only between P800 to P1,000 per taping day. But again, they don’t necessarily have tapings every day. It is also a sad fact that most of them support even extended families.

Those higher than them in the production ladder aren’t exactly luckier. A segment producer, for instance, gets something like P7,000 per episode. Take note – per episode and not per taping day.

This person may be working on the set or editing bay for days on end, but he or she still ends up getting P7,000.  At most times, the segment producer works six to seven days a week.

The truth is, the creative minds in television – the scriptwriters, in particular – always get the short end of the stick. It takes six months, for example, before a reality show like Pinoy Big Brother could be launched. For all those six months prior to the show’s launch, the writer doesn’t get paid.

What happens during those six months? The writer attends meetings (sometimes daily), tosses around ideas and concepts and actually sits in front of the computer writing drafts of scripts for approval.

However, he or she gets paid only when the first episode of the show starts rolling. For those six months of preparation, the writer doesn’t earn anything.

With the networks showing only replays, the advertising rates will surely diminish. On GMA primetime, for instance, if a soap opera normally collects P200,000 per 30-seconder, advertisers can bring that down to P100,000 if the show is a replay. The advertiser can even ask for a bonus – like putting a spot, free of charge, in either Unang Hirit or 24 Oras Weekend.

Whatever little money the network will get from the marked-down advertising rates will be used to pay people in operations and the basic maintenance of the studio and equipment.

Over at ABS-CBN, the network had long been operating on a different kind of scheme in terms of collecting advertising revenues. The system is called CPIRP – short for Cost Per Individual Ratings Point.

To put this simply – the amount the advertiser will pay depends on the ratings of a particular episode.  If an ABS-CBN program episode hits the top of the ratings chart, then lucky for the network – that’s going to be a huge cash bonanza in terms of advertising revenues.

But if a show doesn’t rate, too bad for ABS-CBN – and woe to the cast and crew of the said program. The Lopezes truly love to gamble when it comes to business.

Now that old episodes of May Bukas Pa is taking over FPJ’s Ang Probinsiyano, it is interesting to see the outcome of this move. Normally, a replay only gets half of the usual audience share.

But May Bukas Pa was no ordinary soap opera. Its story revolved around a boy (Zaijan Jaranilla) who was in close contact with Jesus Christ whom he referred to as Bro. May Bukas Pa was so popular, it became the highest rated program on Philippine TV both in 2009 and 2010.

Is Bro creating a miracle for the show and make waves in the ratings game – the way it did during the series’ first run a decade back? If this happens, then ABS-CBN would truly hit the jackpot. Imagine earning from something that didn’t cost them anything anymore to produce. It’s going to be like another Miracle at Cana where mere water was turned into wine.

Of course, viewers will again presume that the stars of the show will get paid for the replays. Hah! Don’t count on it. Things don’t work that way in local showbiz.

The only lucky people in this season of entertainment shutdown are the cast and crew of Pepito Manaloto. The show had taped advanced episodes until the first week of April.

3rd round of shutdown

Since the start of the 20th century, the entertainment scene had been shutdown only twice before. When the Pacific War broke out, movie production had to be stopped because of shortage of film rolls that were imported. Movie people then resorted to mounting stage plays – in the very same theaters were their films were screened prior to the Japanese Occupation.

Then in September 1972, Ferdinand Marcos ordered the shutting down of all radio and TV networks, except for Channel 9, which was owned by a crony, Roberto Benedicto. Of course, movie productions went on, except that it was always TV that provided regular income for actors.

In time, Channels 7 and 13 reopened and – a year later – BBC-2 (still operated by the Benedictos). ABS-CBN was able to make a comeback only after EDSA I in 1986.

At the moment, local show business is experiencing a third shutdown. The enemy is no longer a dictator here – and certainly not the Japanese. It is a deadly virus traveling within our midst and everyone is at risk.

May God save us all – and not just the entertainment people.