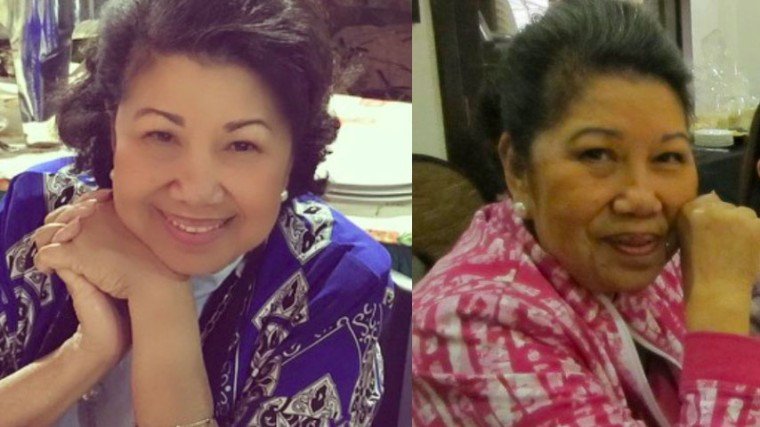 From the time she was born, she already lived in opulence. Why, she had the entire studio lot for her playground! For her playmate, she had no less than child superstar Tessie Agana, who was actually her cousin.

So that the millennial of today could relate to her, perhaps we can compare Marichu Maceda to Kris Aquino, but with several degrees of brattiness removed. Oh, yes, Marichu was a brat. It was her birthright, after all – having been the original princess of Philippine movies.

The ascendants on her mother side were landed gentry from Albay and Catanduanes. Her father, the great star-builder, Dr. Jose Perez, also came from a wealthy family from Bulacan.

Christened Maria Azucena (she was the junior of her mother, a very gentle woman fondly called Mama Nene in showbiz), Marichu was raised in the 4.5-hectare property that housed Sampaguita Pictures and the fabled Vera-Perez Gardens that is now an events place in Valencia in Quezon City.

From the time she was born, she already lived in opulence. Why, she had the entire studio lot for her playground! For her playmate, she had no less than child superstar Tessie Agana, who was actually her cousin.

As the first-born, she was the most pampered among the seven children. Her birthday parties were fabulous – with different themes every year. Once she had a red and white-themed celebration. But more memorable was her white Christmas party that wasn’t exactly off even in Philippine tropical weather since her birthday fell on December 23 – a period in the calendar when the Siberian wind had already brought with it some chilly evenings.

When she turned 18, Marichu was named debutante of the year by high society. Then eligible bachelor Ernesto Maceda, who later became her husband, was actually in the party, but they never had the chance to be introduced to each other that night since there were so many people in that affair.

She was so sheltered that up to a certain point of her life, she thought there were only two types of people: the rich and the poor – no middle-class in between. And it didn’t help that she grew up in a studio lot where most of the movies produced had mostly black and white characters – they were either good or bad and rich or poor.

At home, her grandparents – Senator Jose Vera and the grand dame, the former Dolores Honrado – had a strong influence on her and her siblings. The Veras lived like any other super wealthy people that time. At mealtimes, food was served in silver chafing dishes. If the dome cover had a smear on it, that was promptly sent back to the kitchen and wiped to a sheen.

Since Marichu’s father, Dr. Perez, was living with the in-laws, he had very little say on how to run the household. And he was worried that his children were growing up accustomed only to the ways of the rich.

To maintain peace with his in-laws, he allowed his children to sit night after night through that rather formal dinner setting. At least, they were being taught the rudiments of proper table manners.

But after the kids had more or less digested the rich Iberian dishes served at dinner with the grandparents, Dr. Perez would gather them at 10 p.m. in the kitchen where he would let them eat – with their hands – dried fish (the then lowly tuyo) and kaning lamig (cold leftover rice). That way, the children learned to eat not only with kings, but also with paupers.

That lesson proved to be very useful to Marichu when her husband eventually ran for the Senate. Campaigning in the rural areas, the other politicians’ wives turned off voters by refusing to dine with the plebeians. Never mind if it was actually Marichu who grew up in a truly wealthy family – unlike some of those matrons who were mere mestizas, but weren’t exactly all that moneyed.

Dr. Perez, who eventually took over the reins of Sampaguita, also taught Marichu to work her way up the movie business – starting when she was only 10 or 11 years. On weekends, she would be sent to the Life Theater where Sampaguita movies were exhibited to sit in the ticket booth as takilyera.

In time, she was also involved in actual movie production – initially as costume designer. Oh, what a ball she had designing costumes for Gloria Romero who was like a mannequin – what with her height, elegance and poise.

After Dr. Perez died in 1975, Marichu, as the eldest, took it upon herself to continue with the movie business. Later, she also put up her own MVP Pictures that produced the now classic Batch ‘81 of Mike de Leon.

Marichu Maceda, however, eventually became an industry leader – a most respected pillar of Philippines movies. She was instrumental in setting up the Film Academy of the Philippines. Marichu also helped form the Film Development Council of the Philippines that gave various incentives to filmmakers.

Of course, she also had endless skirmishes with the various heads of the board of censors. In 1984, she put up along with Nestor Torre the Film Academy Classification Board, which was the model for what later became the Movie and Television Review & Classification Board (MTRCB).

Even without an official designation, Marichu was the type of leader who would help any industry member in distress, particularly the new producers. When Violet Sevilla was being scalped by people around her during the production of Magnifico, Marichu tried to salvage the situation by offering advice and words of wisdom on how to produce movies without being milked dry by vultures in the industry.

She was comrade in the male-dominated world of producers, a mother to young actors, screenwriters and directors, but basically just Manay or Manay Ichu to anyone in local show business.

When she helped you, she didn’t expect anything in return. She never enriched herself while holding those various positions. In fact, after EDSA I, when most government officials were being tried for unexplained wealth, the joke then was that Manay Ichu should have been investigated for her unexplained poverty.

In the mid-1980s, her house in West Greenhills was taken away from her by the bank. But even if she didn’t have money, she would still part with whatever little cash she had in her wallet every time somebody approached her for financial help.

In the last couple of years, she had been moving around in a wheelchair - having been weakened by various ailments. But she still went around attending meetings concerning the various activities of the film business.

Last September 7, Marichu Maceda died at age 77. With her passing, Philippine cinema said goodbye to a woman whose love and passion for the movie industry will always remain unequaled.