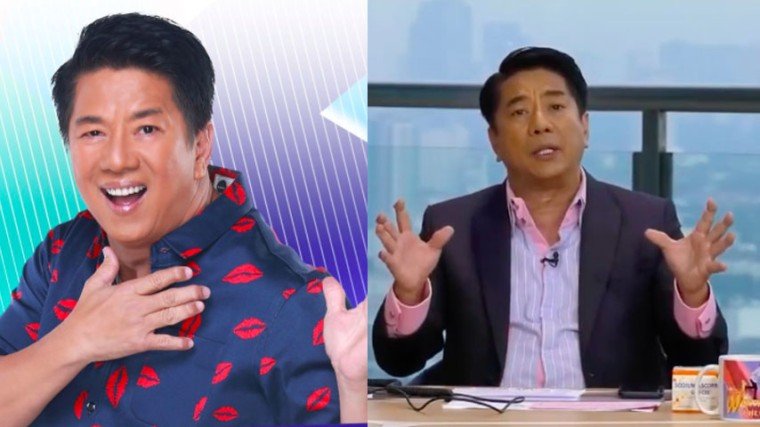 A popular hairdresser now sells pomelos in an attempt to survive his current financial woes brought about by this worldwide pandemic. His usual clients still failed to show up at his salon even if beauty parlors were allowed to operate after the strict lock-down. To add to his already miserable condition, his business had to shut down again when Metro Manila reverted to MECQ the other week.

He doesn’t blame his regular patrons for the no-show. For one, they were scared – still are – to venture outside their homes where they feel safer during this ongoing health crisis. A lot of his customers also became jobless as a result of the worsening global economic situation. Going for salon treatments is at the bottom of their priorities.

Even his celebrity clients are nowhere to be found. Yes, showbiz people are among the hardest hit. We hear in the news today how actors have ventured into businesses that are hardly related to show business. There’s the very talented Neil Ryan Sese who now sells seafood. His resilience is truly admirable.

Ryan Cayabyab-trained singer Von Arroyo, who has since branched out into talent managing and organizing events, recently put up Hungry Battalion. It is a food delivery business that offers tasty dishes that are cooked without scrimping on the ingredients. Its creamy guinatang halo-halo will please even those finicky food bloggers.

Showbiz work is hard to find these days – no, not only due to ABS-CBN’s franchise loss. In the beginning of the lock-down, shoots were no longer allowed. Those that managed to mount showbiz projects did it either guerrilla style or via zoom.

When restrictions on film and TV productions were eased, there was the problem of physical distancing among the stars and the crew. In most instances, only five actors were made to show up per taping day. In the case of Ang Probinsiyano, all those involved in the series were quarantined at the location site in Batangas. And yet, a cast member was still hit by COVID-19.

Last Wednesday, the comedy show Pepito Manaloto was supposed to have resumed taping. But since the National Capitol Region went back to MECQ in early August, the shoot had to be reset again and nobody knows when. Everything depends on whether or not the government will extend the MECQ in Metro Manila.

Pepito Manaloto fans, however, need not worry about its lead star, Michael V. since the comedian is now completely well after a bout with COVID-19. He is raring to work again.

Alessandra de Rossi, on the other hand, refuses to leave her house because she is deadly afraid of the virus. This means that she will not work until this pandemic is over – or until a safe and effective vaccine is developed by medical experts, not necessarily from Russia.

She claims that she doesn’t have enough funds for hospitalization. Of course, she is not destitute – oh, far from it. In fact, she has a lovely home in Tierra Pura, which is the most prestigious address in that section off Commonwealth Avenue in Quezon City.

For sure, she is financially stable and must have something stashed somewhere. But then, why would she want to throw away good money on medical bills? Truly, she is not only the most talented actress of her generation. She’s the most sensible, too.

Now that it’s not safe to be out there on location during shoots, she has the option not to accept showbiz projects and simply stay home where it is safest (for as long as one is careful about deliveries). She won’t go hungry yet if she chooses not to work.

A lot of showbiz people at the moment must be living off savings. But this can be quite a scary scenario, especially since all the cash just flows out – with little or even zero income coming in to replenish whatever is kept in the bank.

Celebrities who invested in restaurants prior to the pandemic are not exactly better off. There are those who already closed down their resto-bar businesses since there is a limit to the capacity of dine-in customers.

Carla Abellana refused to give up. To lessen cost of operations, she moved her restaurant from the Poblacion area in Makati to Katipunan Avenue in Quezon City where rent is cheaper.

The financial aspect in show business is so bad, even Willie Revillame had to retrench some one-third of his staff in Wowowin. Willie actually wanted to keep them all, except that he has partners who are also involved in business decisions.

During those days of plenty, Willie was the type who would treat his friends to Macao aboard a chartered plane. Surely, he must also have given them pocket money for their shopping sprees. But this global pandemic changed everything.

Although Wowowin airs live every day on GMA from his own Will Tower across the ABS-CBN compound, the show’s income is obviously no longer as hefty as it used to be – no thanks to the dwindling advertising budget.

It wasn’t really earnings from commercials that made him rich in the beginning. When he was with ABS-CBN, advertising revenues naturally went to the network. But he earned millions from product placements within the program.

With the economy down, however, consumption of goods is less.  Business all over is no longer as good as it used to be – not even for him and his formerly profitable show.

Of course, he just pledged P5-M to be distributed among the displaced jeepney drivers. You may ask: Why didn’t he just use that amount to keep his staff intact?

Well, he can’t be looking after his staff for life. Charity has to be distributed to the rest of humanity.

Should Willie’s former employees resent him for prioritizing the jeepney drivers over them? They shouldn’t. They got compensation that should last them several months – or, at least, until they find new jobs. Besides, it’s not like they can’t run to Willie in case of future emergencies – knock on wood.

But really, the financial situation in showbiz is so bad, even a billionaire like Willie Revillame is forced to cut corners.