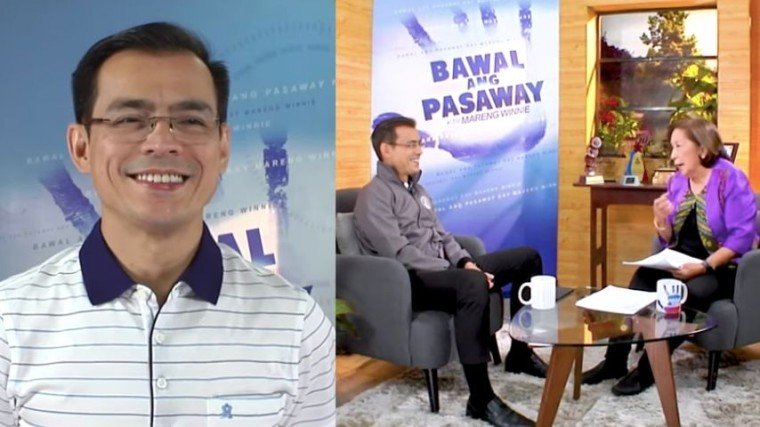 As a compliment, the usually finicky Winnie Monsod told Mayor Isko toward the end of the show that “his performance makes the other mayors look bad.”

Around 1993, Isko Moreno – then 19 and a teenage star – publicly declared his admiration for Claudine Barretto, who was a very sweet young thing in those days.

I remember telling him two things: 1) That Claudine was not quite 15 and 2) that the correct way of saying Claudine was “Klohdin” and not “Klawdin” which he was wont to say. We both laughed over that one.

I stopped laughing, however, when a movie reporter volunteered the information that Isko was a “mambabatsoy.”

In my ignorant mind then, I automatically connected “batsoy” to that delicious Ilonggo noodle soup “batchoy.”

But Isko patiently explained to me the meaning of the word and told me his life story. Offering no apologies and without any trace of embarrassment, he went on to tell me how he would gather the leftover pieces of chicken in the garbage bin of a fastfood center and bring those home to mama for dinner. Of course, all that was thoroughly washed first and deep fried to kill whatever contaminants it had. Sometimes, the leftover chicken was boiled and turned into soup, which must have been why it was called “batsoy.”

Today, food that came from the trash is more popularly known as pagpag (because you dust it off) and Isko is no longer a “mambabatsoy” but Manila mayor.

Of course, his F’s still come off as P’s, but who cares? The Phonics police can say all they want, but Isko Moreno is truly the Man of the Hour. Manila never had a mayor this exciting since the time of Arsenio Lacson.

Lately, he’s been seen everywhere – holding media conferences in his office, supervising the cleanup of Manila’s streets, accosting smokers, checking on hospitals and, yes, appearing as guest in public affairs programs. Everybody loves a winner and everyone wants a piece of him today.

Last Tuesday, he was in Winnie Monsod’s Bawal ang Pasaway on GMA’s news channel. One has to be a brave soul to be able to face Mareng Winnie. Sure, I already appeared in that show, but only as a resource person and away from Winnie Monsod’s reach. I’d probably die if I get interrogated by her on-cam (she can be very sweet in person though).

Good for Isko – that must be his third time to guest there. He’s so comfortable with Winnie Monsod now that he already calls her “Tita.”

Watching Monsod that evening, she wasn’t as hard on Isko the way she usually would have been with her other guests. Apparently, she is impressed with the way Mayor Isko has been running Manila – so far.

As a host, Monsod is very transparent. You can easily tell if she doesn’t like a guest simply because she shows it. Actually, she only gets upset in front of the camera for two reasons: 1) If she is not a fan of the guest because said guest is doing a lousy job as a public servant and 2) If the guest is not telling the truth.

With Isko, the only disagreement she had with the mayor was about the city budget.  As an economics professor, she was easily able to make mental calculations when she asked Isko where he was getting the money for Manila’s clean-up drive – given the fact that the city coffers are empty.

Winnie Monsod also went easy on Isko because the mayor was very honest and candid with all his answers to her questions. Monsod knew that he wasn’t just taking her for a ride. Aside from responding intelligently, his every statement  was sincere.

That night of Bawal ang Pasaway, Isko displayed such enviable confidence, but not to the point of being arrogant. When Monsod asked him what advice he could give to other young mayors like him, he humbly replied that “no one has a monopoly of knowledge.”

As a compliment, the usually finicky Winnie Monsod told Mayor Isko toward the end of the show that “his performance makes the other mayors look bad.”

Mayor Isko used Taglish during his guest appearance in Bawal ang Pasaway kay Mareng Winnie. In several instances, he spoke straight and correct English. But it was more interesting to listen to him when he spoke in his Manileno Tagalog.

My favorite among his statements in Filipino was when he said something like: “Huwag na nating gahasain ang salitang mahirap.” Although he never said it, the viewers, of course, knew that it had something to do with Joseph Estrada’s slogan: “Erap para sa mahirap.”

One facet I discovered about Isko in Bawal ang Pasaway and in his other guest stints was that he can easily adjust to any situation – thanks for sure to his many years in politics.

While he didn’t exactly behave like the Duke of Windsor in Bawal ang Pasaway, he was quite formal there compared to his other recent public appearances.

In Ces Drilon’s Ces and the City vlog, for example, he was his Tondo boy self - eating what they call “tumbong” in that part of Manila (in Velasquez to be exact). Up until then, I would think of “tumbong” as the overgrowth in coconuts. It is cooked as a dessert like macapuno.

Apparently, the “tumbong” in Isko’s Tondo is a soup dish consisting of entrails – plus the butt part of either hog or cow. He said that most people don’t like eating it “kasi ‘yun ang parteng nilalabasan ng etchas.”

Ordinarily, people – especially in more polite society - would say “dumi,” but what the hell: He was in a dusty carinderia in the bowels of the city, then “etchas” it is.

In his earlier interviews – when he banned the sale of liquor near schools – he joked that those establishments can only sell “chi-cha” - “kaya enka-enka na lang.”

It surprises me that Isko still uses those words that came from circa 1968. “Chi-cha” and “enka-enka” did not necessarily come from Tondo. Those words were part of kanto boy language used by the toughies of Manila during that era.

With Mayor Isko reviving 1960s lingo, we can only hope for Manila to come full circle and return to its once glorious past.