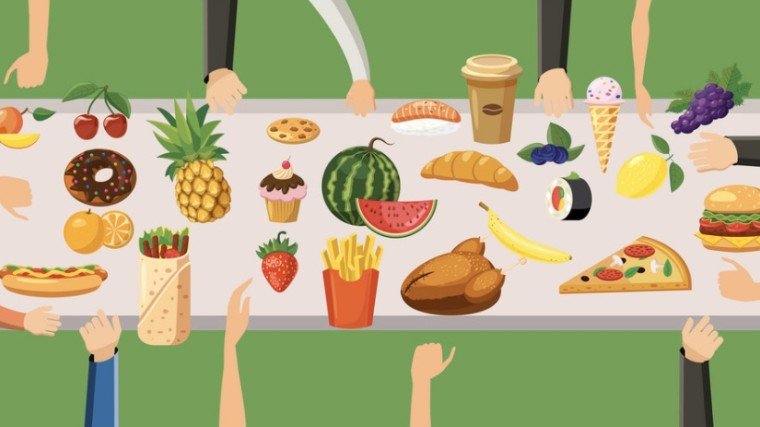 Images of women in Renaissance art were always depicted to be on the plump side. They also had wide hips to denote fertility, which was an important quality among women in those days when world population was still small.

To be on the heavy side was also admired in the old days because that meant the woman was healthy. And wealthy, too, because she could afford good food that wasn’t available to peasants.

In the 20th century, the desired woman was curvaceous and the ideal measurement was 36-24-36. Among men, it wasn’t always necessary to go to the gym. Those who pumped iron were even considered odd.

Matinee idols in the Philippines in the 1950s until the 1980s weren’t muscular, save for Cesar Ramirez and Vic Vargas who were both body-builders.  For as long as they weren’t obscenely fat, they were accepted by the fans.

Forty or so years ago, diet still wasn’t a popular word. People hoping to slim down back then didn’t “diet.” They “reduced.”

Of course, there were already fitness centers then. The most popular one was Tom Ortega’s Systomor in Escolta.

Among women, it became a trend for them to take Ayds, a caramel-like candy that was supposed to curb one’s appetite. That was one heavily advertised product that never really worked.

In 1980, the late Helen Vela branched out from radio to TV and to help her lose weight, she maintained a steady diet of black coffee, a slice of toast and boiled egg for breakfast, lunch and dinner. She succeeded in looking slimmer on the TV screen. Of course, she was never described as petite – being tall and big-boned.

Two years later, Jane Fonda came out with her workout video. All of a sudden, people all over the world didn’t just diet. They also exercised. (Until the 1960s, people took part in calisthenics, which wasn’t as vigorous as the Jane Fonda exercises.)

But even with the aerobics craze, the Playboy pin-ups remained curvaceous. The body standard remained the same. Everyone simply aspired to be sexy, which meant still having a considerable amount of flesh in the body frame.

Toward the 1990s, however, things changed. All of a sudden, health magazines started to push for the ripped body. Everyone had to have six-pack abdominal muscles – yes, even among women, most of whom aimed for the anorexic look.

These actors set the yardstick for what is supposedly today’s perfect male figure even among non-showbiz people. As early as January of this year, gym aficionados already started working on their beach bodies – primarily for the annual trip to Boracay.

Then COVID-19 happened. Times changed practically overnight – not just in the Philippines, but all over the world. There had been epidemics before, but mostly regional in scope – like the killer cholera that hit the Caribbean nations in the 19th century. This is immortalized in the Gabriel Garcia Marquez novel, Love in the Time of Cholera. This virus, however, had turned global.

With COVID-19 now a threat to everyone, the best way to avoid getting the virus – aside from this now popular term social distancing – is to take care of our body constitution. To do this, we need to eat right and sleep well.

To those who were able to stock up on basic necessities, be grateful that you have something to eat. Think of the daily wage earners who don’t have the luxury to go panic-buying.

To the vain members of the middle-class sector, now is not the time to diet. At least, not to go on a restrictive diet. Eat, eat healthy, not necessarily for your own personal satisfaction, but to protect yourself from the virus - so that you don’t add to the list of COVID-19 patients and become another threat to the community. Of course, if you are either diabetic or hypertensive, that is another story.

When we get over this crisis – and WE WILL with God’s help – maybe it’s about time we changed the current “ideal” body measurements that was set by celebrities. The first to go should be the six-pack abs.

Actually, to achieve those killer abs, fitness experts will always tell you to do cardio and abdominal workout, load up on protein and avoid salt, sweets, processed foods and highly refined carbs.

With that advice, you don’t really eat right. First of all, you shouldn’t really be loading up on too much protein because you can damage your kidneys that way. Fitness buffs also have a tendency to do away with salt completely because they are afraid to get bloated. But no matter what you say about salt, we need a certain amount of it in the body.

Those who try to maintain today’s supposed ideal body standard – trim and lean – are also forced to eat less than usual. In most cases, they starve themselves, especially those who can’t really afford to spend a lot of time in the gym.

This is the reason why a lot of those with enviable abs have bad breath. There was a very popular screen goddess early in the millennium, for instance, who was admired for her beautiful face and gorgeous lean body.

Male moviegoers adored her in her sex films. But believe me, her breath smelled like the final installment of the Shake, Rattle & Roll horror movie series.

After the lock-down, there will surely be a mad rush to the gym. Do so, but go easy on restrictive dieting. We’ll never be sure if remnants of the virus would still be hanging around even after the country had been (hopefully, hopefully!) declared coronavirus-free.

And please, no more six, eight-pack abs on billboards!

For the longest time, young people had been made to think that striving for those abs is a healthy way to maintain a body. On the contrary, that can lead to health issues because essential body fat is compromised in this manner. We need that for the lining of our internal organs.

Without them probably knowing it, local and international celebrities with to-die-for abs (yes, that may kill you in the end) had been sending the wrong signal to the public. When everything goes back to normal, maybe we can reassess what truly is the ideal and healthy body frame.

Meanwhile, let’s keep safe, sleep well and eat right. It’s not a big sin to have love handles in this time of coronavirus.