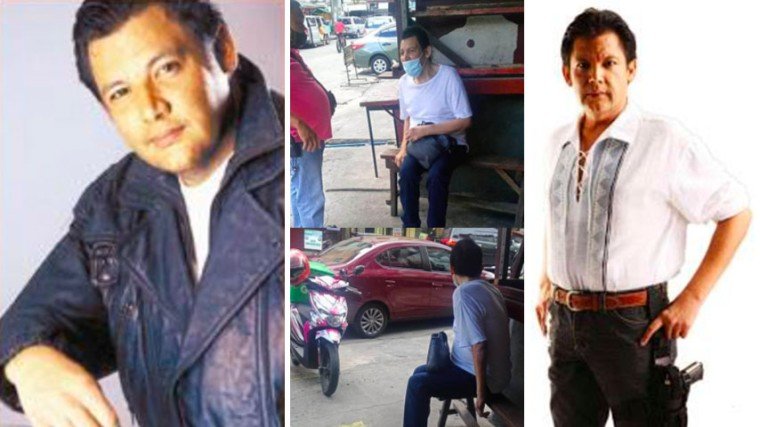 A lot of youngsters try their luck in show business as a way out of poverty. While there are those who succeed at improving their life status, a lot more end up as basket cases.

This scenario is not only unique to John Regala. So many others end up even poorer than they actually were – in a condition far worse compared to their already pitiable situation before joining the entertainment business.

But why do they end up as charity cases in Vicky Morales’ Wish Ko Lang? The reasons are all the same – with only little alterations here and there.

Primarily, what afflicts showbiz newcomers who come from lower income families is the “biglang-yaman” syndrome. They always need to have every material item they were unable to afford when they didn’t have money yet.

They will buy clothes that in the end they won’t be able to wear – until each and every clothing item goes out of style. Simply put – they will splurge to make up for all those years of deprivation.

Entertainment newbies will also have to contend with family members, extended relations and long-lost relatives who will all bask in their newfound glory. This automatically makes the upstart the official breadwinner. The situation is no different from OFWs who carry – most of the time solely – the financial burden of the family.

What is sad here is the fact that even the family members feel that they, too, are entitled to live it up. After all, they also went through deprivation. And so together, they have to savor a life of comfort – even excess.

An even bigger horror scenario is when the parents decide to take over the management of the young showbiz personality’s earnings. No matter how good the parents’ intentions are, we have to remember that these are people who were not accustomed to handling big money before.

Some of these parents may think that the source of income is a bottomless well. Most of the time, they don’t know what to do with the money, except to spend it. That’s what money is for anyway – or so they naively believe.

A lot of these parents may also fall into get-rich-quick schemes – mostly at the prodding of relatives who also want a share of the showbiz loot. Of course, we know how these pyramiding games end. These young celebrities will stop trusting their parents after that and will strike it out on their own.

The trouble is – they do not know any better since they themselves have no experience either at handling huge money. A lot of times, they end up in the gutter – having lost so much of what they earned in showbiz.

Now that they are estranged from their parents, there will be an opening for vultures disguised as hangers-on. These people – scums of the earth – often turn young stars into cash cows. They will do little errands here or there and may even profess to be around forever – all in exchange for dole-outs.

With a large entourage, the celebrity will be spending more since there will be more mouths to feed. Imagine how much it would cost to dine out. Even if fed at home, it’s going to be like running a restaurant for non-paying customers.

Since there are so many people to maintain, it would be difficult for the celebrity to start saving or investing his showbiz earnings. And for some really strange reason, there are so many celebrities who do not know how to stash money away for the proverbial rainy day. They all think that a showbiz career is forever.

Fortunately for today’s generation of stars, there are more opportunities for them to invest whatever they earn from showbiz projects. Those who do not have the patience to learn the intricacies of the banking system may opt for real estate, which is actually a sounder investment.

Movie stars in the past actually had a difficult time owning properties because they had to buy a lot and build a house on it. The only other option was to be the second owner of an existing home. It was easier to rent one – or move to an apartment that offered a long-term lease.

Secondary players were already content with those apartments that were then more spacious than most townhouses being offered in the market today. Unfortunately, during their twilight years, they still remained without a home they could call their own. A top female action star of the mid-1960s, in fact, ended up dying in a garage.

But with so many rent-to-own condominium units being offered today in the market, celebrities have no excuse anymore to end up homeless. And yet we still hear stories about starlets in that pitiful condition today. There was one who was a product of a talent search conducted by a major network no so many years ago.

One reason why some celebrities are unable to save or hold on to a property may be attributed to the fact that they spend time in the casinos. Stay away from these gambling joints. It’s only the casino owners who win in this game.

But the one vice that will finish off – in most cases, completely – the career of a celebrity is shabu. This illegal substance makes a person unreasonable and paranoid. That is one behavior that will not be acceptable in any workplace – not even in the crazy world of show business.

Shabu will also make a person ugly since it is said to wrinkle the skin and weaken the teeth. The worst part is that it will leave the drug user with a slur. What production will hire an actor who cannot deliver his line properly?

Strangely enough, celebrities who came from relatively well-off families are able to maintain or even improve their financial standing. Dingdong Dantes, for instance, was raised comfortably in a very nice area in Cubao. He was also schooled in Ateneo. Recently, he and his wife Marian Rivera and their kids moved to posh Bel-Air in Makati. He obviously handled his finances well.

There is a sound reason why celebrities who were raised in the lap of relative luxury end up with even more than what their parents had. For one, they never have to be breadwinners. That will allow them to save. And then, they have financially successful parents who would be able to guide them on how to properly handle money.

But this doesn’t necessarily mean that parents who have less in life are not capable of rearing their children well. For as long as they are God-fearing and morally upright, they are okay. Without riches to their name, all they can pass on to their children are proper values that will serve as their guiding light as they fight various battles in life, especially if they plan to enter this cruel and thankless world of entertainment.