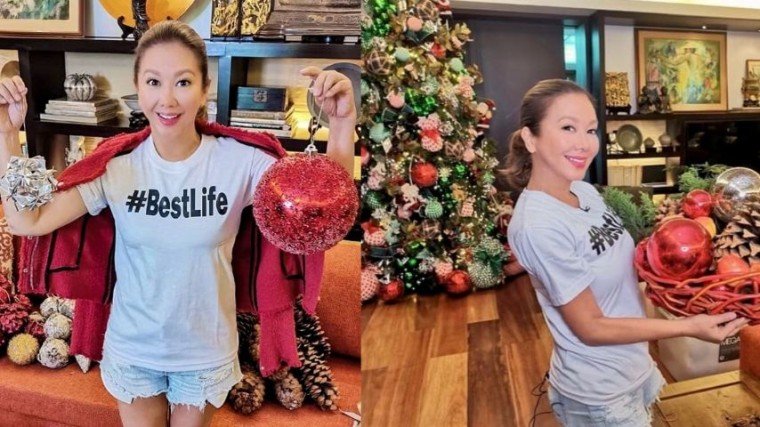 This may just be urban legend, but it is said that during the Spanish era, a lot of hunchbacked people (kuba) lived in the area that is now Cubao and this was how this district got its present name.

What is certain is that Cubao used to be part of San Juan - until Quezon City was created in1939 and annexed areas that used to belong to Caloocan, Marikina, Pasig, Montalban, San Mateo and, yes, San Juan that used to extend all the way to San Francisco del Monte.

In the 1960s, Cubao was magical during the Christmas season because of the series of Holiday on Ice shows at the Araneta Coliseum. And then, there was also the COD display that had since moved to San Juan.

For a while, Cubao fell into decay until one day it got up on its feet and the city population just woke up to Gateway and the other new tall buildings that sprouted at what is now called Araneta City.

Until condominium buildings began mushrooming all over Araneta City, there were no residences in that place – only commercial establishments. The only people who were known to reside there were members of the Araneta family. To this day, they live in that fabled compound called Bahay na Puti which was built in 1953, the year after the patriarch J. Amado Araneta purchased the 35-hectare Cubao property that had been turned into the present-day commercial center.

With its main gate facing P. Tuazon, people used to point to it as the house “where Gerry Roxas lives.” One of the two children of the late President Manuel Roxas with the former Trinidad de Leon, Gerry was a senator who should still be familiar to students because of the Gerry Roxas leadership award that is given to outstanding high school seniors upon graduation.

He got himself attached to the Araneta family when he married daughter Judy who bore him three children – Mar Roxas among them.

A fairly recent addition to the compound is Korina Sanchez, who moved there when she married Mar Roxas 10 years ago.

Although she went to school in St. Theresa’s in D. Tuazon and later in Maryknoll (now Miriam College) in Katipunan, Korina had always been identified as a southern belle – having lived in Merville Park in Paranaque for a long time.

Even if I only went there once, I had a certain fondness for the Sanchez home in Merville.  For one, I became interested in it after a small airplane almost  crashed there.

One day in the late 1980s, a tiny aircraft apparently had engine trouble and its pilot must have seen from the distance the swimming pool in the Sanchez residence. Maybe he wanted to land there to lessen the impact since pool was rather huge. Fortunately for Korina and family, the pilot missed it and the plane crashed instead at the next-door neighbor’s home, which partly got burned.

The one time I went there, I was with a whole bunch of broadcasters from various networks. Since travel time was a challenge, Korina made sure the long trip was worth it: She served the best house specialties that included crispy dried shrimps and her famous blueberry cheesecake that she herself makes.

Early this year, Korina had dinner in my house and I told her how I had longed to get inside the Bahay na Puti compound (I have this thing for old houses). She promised to invite me “when there is a huge occasion so that the place would be all lit up.”

There’s no need for a formal invitation anymore because I now get to experience Bahay na Puti simply by tuning in to Korina’s YouTube channel. Of course, all I get to see is the house she shares with Mar, but that is fine by me. There is already so much to see there.

In one of her earlier episodes, she invited Alex Gonzaga (who has a popular YouTube channel herself) to conduct the house tour and the result is wildly funny. As an added bonus, the subscribers also get to see a pictorial of the now famous twins Pepe and Pilar.

But a must-see edition is a recent one wherein Korina demonstrates how to put up a Christmas tree in a rather inexpensive way. Korina actually puts up the trees of all her brothers (she is the only girl) every year. She obviously had a lot of training when it comes to decorating because her late mother Celia was an interior designer.

The first tip she gives is to not buy a real, fresh tree because it is expensive (and have to buy a new one every year) and doesn’t last long. What she does is set up her old reliable fake tree and makes it look real.

But before that, she fattens the tree up first by inserting all over fake evergreen branches that could be bought in any department store. Yes, it makes a difference because that makes the tree look even bigger.

And then, she goes to Dangwa (in Carola St.) to buy cypress branches that she also inserts into the fake tree. Now, that is what makes the tree look real and smelling of Christmas.

Unfortunately for Quezon City residents, those cypress branches (from trees in Baguio) seem to be available only in Dangwa – otherwise Korina would have just gone to Farmer’s Market, which is only a whistle away from her house.

With her fake tree already looking real and stout, Korina (in a follow-up episode) begins decorating it with Christmas ornaments accumulated through the years. She even shows subscribers how to make huge and colorful Christmas balls using styro and cloth.

Another useful tip she shares with subscribers is to bunch up Christmas balls  of the same color scheme to cover bald spots in the tree. From Korina: Always check the tree you are decorating from a distance because that is how you will see the flaws.

And it’s not even about her sprucing up the tree with decorations because that is just the proverbial icing on the cake. Or in this case Christmas balls on a Christmas tree.

What is the most important part of Korina’s feature is the setting up of the tree. Unfortunately, today’s generation and even those before them have this notion that Filipino homes only put up plastic trees during the holiday season.

Up to the late 1960s, even some lower middle-income Pinoys had real pine trees during Christmas season. The rest of the local population tried out the then very fashionable trees made of foil that came in gold, silver and green.

But with the tree-cutting regulations, most of the trees we put up today are plastic – mainly from SM. Of course, S&R sells real pine trees from Wisconsin, but that would cost you an arm and a leg of ham this Christmas season.

What Korina ingeniously does is to combine fake with real – the cypress branches from Baguio – and it works. I know of some people who still pine for, yes, real pine trees.

But as what Korina does, putting up a fake tree and combining it with fresh evergreen may be a good enough solution for sentimental Pinoys still grasping at straws of the old Christmas past. The tree may be 90% fake and only 10% real, but it’s the best we can have given our denuded forests.

Watching Korina’s YouTube feature on Christmas tree decorating actually shows us the time of the year when it is perfectly okay to go fake. I see no problem with that for as long as our spirit of Christmas is real.