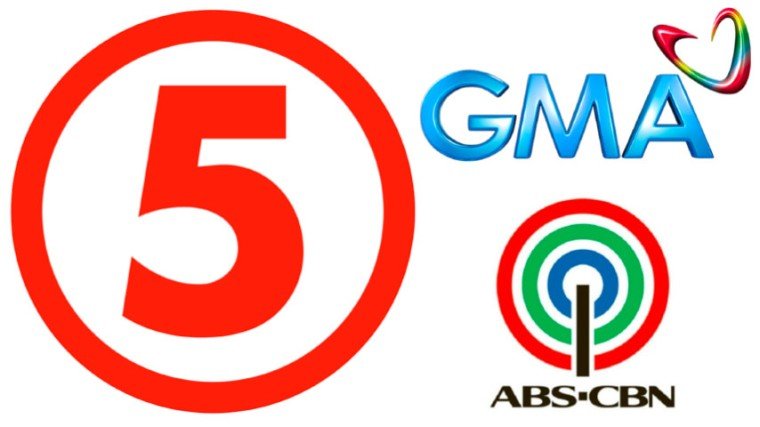 There are reports that displaced Channel 2 stars are now having negotiations with TV5. Management is also said to be beefing up operations in preparation for its default promotion as No. 2.

TV5 was originally called ABC-5 – short for Associated Broadcasting Corporation. During the era before martial law, it was ABS-CBN’s rival for prestige. In the early years of the annual Citizens Awards for Television – or CAT Awards – it kept winning the trophy for the network with the best balanced programming, much to the frustration of ABS-CBN (then Channel 3).

Established by the Roces family in 1960, the strength of this network was in its lineup of news and public affairs programs. ABC-5 particularly took pride in its nightly newscast, The Big News, which won best straight news program at the CAT Awards year after year.

The Big News was anchored by Jose Mari Velez, who was everything today’s batch of newscasters is not and never will be. He was swoon-worthy among female viewers and never bellowed when he delivered the news.

In the entertainment department, ABC-5 also had award-winning programs. One was Carmen Soriano’s weekly musical, Carmen on Camera, which in 1967 managed to snatch the CAT Award away from An Evening With Pilita that had held the trophy for three successive years. Carmen on Camera was directed by Al Quinn, who eventually became the best ever in the field of special events.

ABC-5 also excelled in TV drama. There was Salamism, for one. It was an anthology that topbilled Marlene Dauden week after week. Salamism was so popular that it was even turned into a full-length movie – an entry in one of the editions of the old Manila Film Festival.

Fortunately for ABC-5, it still had another drama program that was actually even more prestigious: Balintataw. A perennial CAT winner, Balintataw featured different actresses every week: Anita Linda, Rosa Rosal, Perla Bautista and in one episode, Helen Gamboa, who was then at her peak. The show became the training ground for a lot of directors who later became major filmmakers: Elwood Perez, Mario O’Hara, Nick Lizaso, Joey Gosiengfiao and even Lino Brocka.

Unfortunately, martial law shut down all networks in September 1972, save for Channel 9, which was owned by Marcos crony, Roberto Benedicto. Within months, however, Channels 7 and 13 reopened. The frequency of ABS-CBN Channel 2 became BBC-2 (later City 2) – still under the Benedicto management.

After the EDSA revolt in 1986 – and after so much haggling with the Cory government – the Lopez family was able to operate ABS-CBN once again. ABC-5, meanwhile, didn’t reopen until 1992 – under a new owner, Edward Tan.

Before martial law, the ABC-5 studios and offices were located in Mantrade in Makati. But when it resumed operations 20 years later, the headquarters were moved to San Bartolome in Novaliches.

In those days, on-cam talents weren’t dime a dozen yet, unlike today. ABC-5 was able to get big name stars to do regular programs for the network. Pops Fernandez was actually one of the talents of the then newly reopened Channel 5. The problem then was how to invite guest stars who had to brave traffic and travel all the way to its new location, which most celebrities described to be “10 minutes away from Baguio.”

“The fastest growing network.” That was the catch line used by ABC-5 until the mid-1990s. Its management, however, had this habit of canceling shows that weren’t making a quick buck for the network. Among its employees, the Channel 5 catch line became a joke and started referring to their own company as “the fastest canceling network.”

Tonyboy Cojuangco eventually took over the ownership of the network - later with the help of Malaysian partners. Sadly, the results were the same. Channel 5 remained a very far third after GMA (the No. 1 network from 2004 to 2014) and ABS-CBN.

In late 2009, Manny Pangilinan acquired Channel 5. By then, it was already called TV5. Never was there so much movement within the TV industry. TV5 began pirating talents from the two other networks, beginning with Paolo Bediones.

The offers were so irresistible that even major properties from ABS-CBN moved to TV5. There is no truth, however, to the urban legend that Sharon Cuneta was paid by the billions.

TV5 didn’t actually aspire to be No. 1. All it hoped for was to be a “decent No.2.” But even that didn’t happen. It lost money in the process because the advertising pie then was enough only for two networks. But with ABS-CBN’s free channel gone, is that finally going to happen?

There are reports that displaced Channel 2 stars are now having negotiations with TV5. Management is also said to be beefing up operations in preparation for its default promotion as No. 2.

To be the alternative network to GMA isn’t really going to be all that easy, however. TV5 has to be careful not to repeat the same mistakes it committed in the past. It wasn’t, for instance, a good idea to have brought in talents from other networks who by then were no longer in their prime. The entertainment industry had always cried for young blood – cruel as that may sound.

But undeniably, its biggest obstacle to becoming a major player in the industry is its signal. Viewers who are not subscribers to its cable system, Cignal, can hardly watch Channel 5 programs.

Without ABS-CBN’s free channel, it is imperative for TV5 to really shape up and become the other major network. GMA cannot sustain the TV industry by itself. It needs a competitor in order to keep the business of television alive.

Non-cable subscribers are surely looking for an alternative network, especially when watching Kapuso Mo, Jessica Soho that is notorious for its long commercial breaks. But what choice do viewers have when they can’t access Channel 5?

There is a report that ABS-CBN is coming in as a blocktimer in Eddie Villanueva’s station – the same one used by GMA when it was still building up its news channel. Of course, ABS-CBN is currently using its many platforms now that its franchise had been revoked.

The truth is, way before the franchise problem loomed in the horizon, ABS-CBN had already been preparing to go digital because that’s where entertainment is headed. Too bad for the Lopezes, Congress took away ABS-CBN’s franchise when it wasn’t a hundred per cent ready yet with its digital platforms.

A veteran in the ruthless TV game, expect ABS-CBN to spring back to life again. But that may take time – leaving traditional television viewers with very little entertainment choices.

TV5 should really take over the position vacated by ABS-CBN – fast. Otherwise, this could expedite the death of Philippine television.