The Butcher | Is it goodbye to FAMAS, Urian and Bb. Pilipinas? 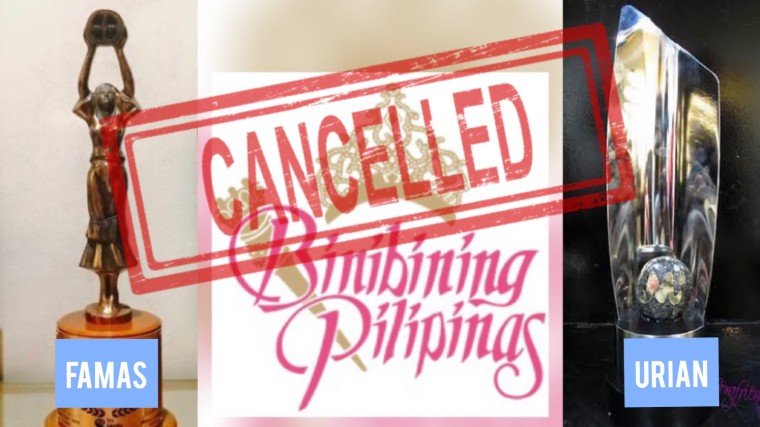 Coronavirus truly kills. It may even prove to be the last nail in the coffin of the already ailing business of special events on television.

Summer always signals the start of special events aired on television. This is the time of the year when organizers stage beauty pageants and awards presentations (usually for film).

March to May had become the season of choice for these occasions for two reasons: The first is the assurance of more or less good weather. Yes - no need to bring eggs to the monastery of Sta. Clara and ask the pious “monjas” to pray for clear skies. (St. Clare, who championed austerity, ironically became the patroness of party-goers and events organizers maybe because her name in Spanish means clear.)

The second has to do with finances. There is always more money around this time since the advertising budget is released during the second quarter.

Starting in the mid-1980s, awards presentations became huge moneymakers  for TV producers every summer. It was June Rufino who started the trend by producing the annual Star Awards for Movies, which was then still in its infancy.

Before June entered the scene, the FAMAS was already being telecast year after year – starting in the early 1960s. Although it was a dressy affair and had a formal tone to it, the FAMAS rites were relatively simple. The entertainment portions simply featured singers doing spot numbers – always lip-synced.

June Rufino, however, mounted spectacles: five big production numbers in every show – all scattered throughout the presentation. The program usually opened with Vilma Santos in a grandly choreographed dance exhibitiion.

For the finale, the show often had Nora Aunor singing medleys that were meticulously arranged by the best musical directors. To June Rufino’s credit, she truly staged some of the best shows this side of the world. It surely helped that it was Al Quinn who directed her specials because that had always been his forte – having been a dancer and choreographer earlier in his career.

In 1989, however, there was a changing of the guards when June Rufino, who also managed talents, had a falling out with movie writers. The bad blood started when one of her wards began quarreling with some key members of the entertainment press.

That same year, Tessie Celestino Howard was brought in to replace June Rufino. A marketing genius, Tessie knew how make money off special events – having been trained by Kitchie Benedicto, whose family owned Broadcast City.

Since Tessie also tapped the services of Al Quinn, she was able to match the quality of June Rufino’s specials. Of course, being a Negrense, June Rufino’s extravaganzas were more expensive and opulent – compared to those later churned out by Tessie, who is Batanguena, but is more Ilocana when it comes to budgeting expenses.

From the Star Awards, Tessie went on to produce the Gawad Urian, the Box Office King and Queen coronation night, the Star Olympics, the FAP, the Metro Filmfest and after Mitos Villarreal passed away – the FAMAS.

After 12 years, the TV rights to the Gawad Urian was transferred to APT Productions of Tony Tuviera. This was in 2002 – the silver anniversary of the Urian. Since the organization was marking a milestone, the show was staged at the Araneta Coliseum. It was a grand affair - a show to end all shows and remains unmatched until now by any other awards presentation.

The total cost of staging it was P5-M – an amount that back then could have purchased a swanky three-bedroom bi-level condominium unit. A property like that would be worth P50-M or more by today’s real estate prevailing rates – and that’s a conservative estimate.

But given the fact that KBP had always imposed a load limit on commercials, all that could be earned from a three-hour show like that from sponsors was P3-M. Starting the following year, however, APT toned down the Urian program and finally began recovering its investment.

By 2011, the public began losing its interest in awards programs. There were just too many. Blame the proliferation of award-giving bodies to those schools that began putting up their own. (How do those students get to monitor TV shows when they are supposed to be in school?)

Then there’s social media that took out the excitement in awards programs – no thanks to those who post online the list of winners ahead of the telecast. This  happens because – as per industry practice – most special events are aired hours delayed to give the technical crew time to correct blunders that may occur in a live presentation. That gives those in the live audience the chance to eagerly share with the world – prior to the actual telecast – the names of the winners in the much-anticipated acting categories.

Today, the viewership is very small for these awards shows, especially since most of these are aired practically at midnight – and one week delayed.

And now, with COVID-19, the death knell may finally be rung for special events. The 2020 Box Office Awards was supposed to have been held last March 15 at the Resorts World. That would have seen the crowning of Aga Muhlach as Box Office King and Xia Vigor, the child who played his daughter in Miracle in Cell No. 7, as Box Office Queen. Everything was already set for that affair, but the lock-down happened.

The FAMAS was originally scheduled this May 31 – supposedly at the Manila Hotel. Is that still going to happen? Even its producer, Donna Sanchez, doesn’t know for sure. The lock-down may be lifted by then, but there’s a chance the government will still disallow public assemblies – and for good reason.

The FAMAS is a dinner affair. Are they going to have only two people seated across each other per table? What about the red carpet? Will this give birth to signature masks by top designers?

Organizers of beauty pageants will have an even bigger problem. There are already suggestions to judge the contestants online – from the safety of their respective homes. It may be difficult to select the winners in this manner, however.

The best way to remove the chaff from the grain is still to gather the girls onstage and make them stand there as in a firing squad. This is the only way proper comparisons could be made.

But then, it may even be useless to split hair about a new judging process because there’s a chance Miss Universe-Philippines and Binibining Pilipinas will not happen this year. The Tokyo Olympics had been reset for next year. Miss Universe may follow suit. There’s no telling when these much-awaited events will resume.

Coronavirus truly kills. It may even prove to be the last nail in the coffin of the already ailing business of special events on television.

The Butcher | Now in Cinemas: Death by COVID-19?