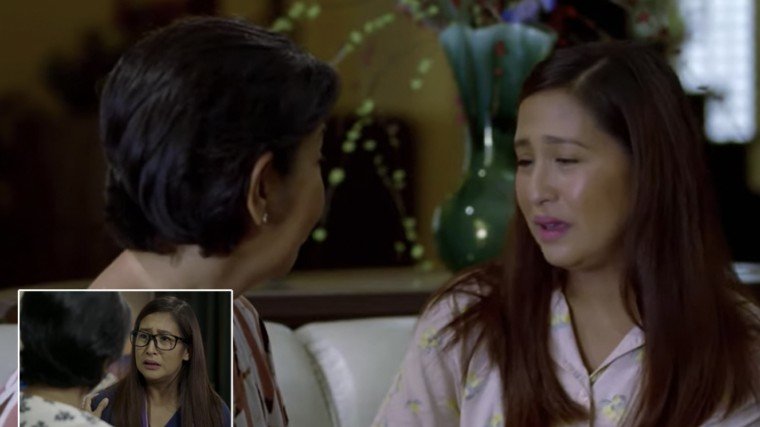 I used to be a big horror fan. Among the old favorites were the original Poltergeist and The Others. Locally, I can truthfully say that I saw all the Shake, Rattle & Roll editions starting from the beginning.

But all that changed less than a decade ago.

In 2003, I moved to the topmost floor of a condominium building and to me that was pure bliss. Three years later, however, I had guests who would tell me that they felt something in the house. I ignored all that because I never believed in ghosts. Maybe I did, except that I never saw one.

In 2011, however, I was awakened by the sound of a chair being dragged. It was 2 a.m. and I called the guards at the reception to check if there was any maintenance work being done at that hour. They said no.

I heard the same dragging sound again two years later. It was 7 a.m. Since the function room was below me, I thought that party chairs were being arranged for an event. No, there was no activity there the whole day.

When I asked the other neighbors, some of them said they heard the same thing. There was even one homeowner who kept complaining about all the noise his neighbor was making upstairs – until he discovered to his horror that the unit above him had been empty all along!

Initially, I tried to ignore the sound, but it became so bothersome that I had to call for help in the form of woman who had a third eye. She told me that the sound was coming from a lost soul, a lady in old style clothes pushing – not exactly dragging – a table before her. But I need not worry – so she said - because this lost soul kept her activities only outside my home and never inside.

I had since sold that unit and built a house in an eerily quiet neighborhood surrounded by a lot of trees. It is a new house and a new life and this time around I promised myself not to watch horror again so I don’t scare myself.

One Saturday night, however, I was bent on watching the latest episode of Maalaala Mo Kaya when I recognized in its first sequence that it was horror. I was about to change channels when the production design caught my attention. It was distinctly the 1970s. I was debating in my head if I should risk watching this show and scaring myself later in the evening or enjoy what seems to be a promising episode of Maalaala Mo Kaya or MMK.

The program’s exceptional production values won out in the end. I decided to tune in and was glad I did.

Entitled “Third Eye,” it traces the story of a girl, played by Jolina Magdangal, who is gifted with the ability to see and even talk to ghosts and other spirits. Even scarier is the fact that she is able to see premonitions of death.

In time, she becomes a member of Spirit Questors. Founded in 1995 by playwright Tony Perez (he also worked for the longest time at the US Embassy in Manila), the Spirit Questors group aims to help lost souls cross over to the life beyond.

When I found out that this MMK episode was about the Spirit Questors, I became totally glued. In the mid-1990s, Perez wrote weekly articles about the group’s experiences with ghosts for the Philippine Daily Inquirer and I always savored his every piece.

Even then, I always wondered how it was like to have a third eye, but without wishing it for myself. And I’ve always been curious about how life is like for those who could see or detect the presence of spirits, whether good or bad. That MMK episode answered practically all my queries.

Based on what the MMK letter-sender shared with the viewing public, life is not exactly a walk in the park for people like them. The character played by Jolina, for instance, had premonitions about the deaths of her grandmother and, later, her father. She felt guilty about not having been able to do anything about those tragic events. Perhaps those deaths could have been prevented had she spoken sooner about those premonitions. But as her mother, as portrayed by Isay Alvarez, had so correctly pointed out, all that was part of God’s will that no one among us could question.

The decision of the letter-sender to join the Spirit Questors was probably a good idea because in this manner, she was able to put her third eye to good use. There was, for example, the case of a married couple who could never forgive themselves after their daughter committed suicide. But with the help of the Spirit Questors, primarily the letter-sender, it was discovered that the daughter did not kill herself, but was murdered.

As a viewer, I just felt a bit disappointed that the episode did not reveal to those tuned in that evening exactly what happened to the poor girl – like who killed her and why.

But otherwise, I was happy with the way the director, Topel Lee, handled this MMK “Third Eye” episode.

By the way, “Third Eye” is not a screamfest, although there are some scenes that could jolt the viewers. The makeup of the ghosts, unfortunately, has cartoon-like effects. The scenes with floating coffins, however, are scary enough to haunt viewers’ minds at bedtime.

“Third Eye” is actually more of a drama that gives us a peek into the life of the letter-sender. Too bad for the typical soap opera fans who want to see screaming, shouting and slapping, the letter-sender’s life has very little drama (it’s mostly horror I guess because of her third eye). She was raised by very loving parents and was doted on, especially by her father (played by Robert Sena). Even her marriage is basically happy. Her life is so blissful that this MMK episode at a certain point started to become a bore – until it is revealed that she is adopted. After that, the show was back in the game.

The strength of “Third Eye” lies in the performances of the cast members. Every one here is uniformly good: Isay Alvarez, Robert Sena, and Victor Silayan who plays the letter-sender’s husband.

The best performance, of course, is given by Jolina Magdangal. Whoever thought of casting her for this part is a genius. In the story, the lead character is shown from childhood up to the time she becomes a mother of a five, six-year old daughter.

Imagine the money saved by the production because they didn’t have to pay another actress to play the character when she was a teenager. Jolina is 41 years old now, but as shown in this MMK episode, she still looked more than believable as a girl in her late teens.

It was also a welcome treat for viewers to see Jolina acting again. While she was never acknowledged as an award-winning actress like her contemporaries Judy Ann Santos and Claudine Barretto, Jolina is still a very reliable onscreen performer not only in singing, but also in the acting department.

Here in “Third Eye,” she is even greatly aided by a conscientiously-written script – complete with dialogues that use every day language.

MMK’s “Third Eye” episode may not be a three-hanky weeper, but it is a very decently-made drama laced with horror. It could actually, in fact, be expanded into a full-length move.

ABS-CBN’s film arm need not look far for its next Halloween material.