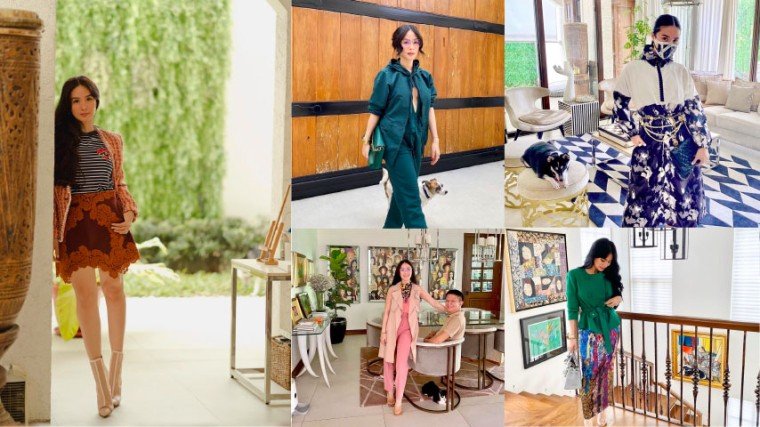 “...just when the [motoring] vlogger was about to pass right in front of the actress’ [Hert Evangelista] house, her van arrived. The vlogger therefore had to stop to give way to the vehicle that was entering the driveway. At that point, the vlogger exclaimed in all admiration: “Ang laki naman ng bahay na ’to!” But as soon as he saw what was beyond the tall fence through the open gate, he quickly took back the compliment and said: “Ay, hindi naman pala ganu’n kalaki!”

We get all kinds on the internet, don’t we?

Social media users swap messages on Viber, while most others argue on Facebook and on Twitter. YouTube, meanwhile, is a slightly different world: It breeds a new type of celebrities who capitalize on guts and a strong stomach to be able to take in all that bashing.

The YouTube game is open to anyone who has anything to offer – whether useful or useless. Much appreciated are the cooking shows that share even heirloom recipes.

With my confidence in spoken English badly shattered – no thanks to that woman in the video, I tried to calm down by tuning in to a motoring channel. I saw one that offers nothing but pure joy ride. The person doing the video doesn’t show his face and merely talks behind the wheel. He sounds like Chef Boy Logro.

This YouTuber drives around the different communities in Metro Manila and merely annotates what he sees – including what is already obvious to the viewer. Unfortunately, not everything he shares with his subscribers is correct.

I wish he’d get his act straight since his videos appeal to old-timers, particularly those who had found new lives abroad and had not come home in a long time. For sure they’d want to revisit places – if only via YouTube - that were once dear to them and see all those changes done in the name of progress.

A more recent video he did featured New Manila in Quezon City. Sadly, he only did the usual talk about how he is passing through Broadway, Gilmore and Hemady, three of the four major roads in the vicinity. He even confused St. Paul College (now University) for St. Joseph’s College.

It’s really a pity that he featured New Manila in his usual perfunctory way. Formerly called Hacienda Hemady (as part of Magdalena Estates), New Manila is not just any other subdivision in Metro Manila. It is the most storied. He was practically driving through hallowed grounds.

Dona Magdalena was a Lebanese immigrant who came to the Philippines at the turn of the century. He married Juan Ysmael, who was also from Lebanon. When Ysmael died, she married yet another Lebanese who surname was Hemady.

Magdalena was so rich and prominent in the Philippines that her descendants married into some of the most important families in the country. Claro M. Recto’s daughter, the late socialite Chona Kasten, for example, married  one of Magdalena’s grandsons, Johnny Ysmael, who died at the young age of 32.  Chona later remarried - this time to Hans Kasten.

There are truly so many fascinating stories to tell about New Manila that this YouTuber failed to share with his subscribers. Broadway, for instance, was once called the Senators’ Row because most of the members of the Upper House lived there in the 1950s.

The YouTuber actually even passed by what used to be the house where Ninoy Aquino once lived as a child. It is still there – on Broadway Avenue. A few blocks away was the house of Iglesia ni Cristo founder, Felix Manalo.

Okay – so maybe today’s generation doesn’t give a hoot about these important people in history. But perhaps they’d be interested to know the fictional house of Lola Nidora, Lola Tinidora and Lola Tidora – hilarious characters created by Wally Bayola, Jose Manalo and Paolo Ballesteros at the height of the AlDub pandemic.

The house of these lolas stands at the corner of 9th St. and Broadway. Built before the war by National Artist for Architecture Pablo Antonio, this house served as home to the De Leon family for some six decades. The matriarch there was Dona Sisang of LVN Pictures fame. Her grandson, the genius of a filmmaker that is Mike de Leon grew up in that house

The De Leon house was sold early in the millennium to the Ongsiakos – if I am not mistaken. For a while, there was even talk that it was Herbert Bautista, then Quezon City mayor, who bought it. But that is not true.

Until the pandemic halted production work, that house was constantly used as location for films, TV commercials and soap operas. Yes, celebrities abound in New Manila, especially since there are a lot of them who live in the neighborhood.

In the middle of this vlogger’s joy ride, in fact, I got excited because he was going to pass by the house of Heart Evangelista. Of course, he had no idea it was the actress’ house. But I am familiar with her residence since we always talked about it when the place was still being constructed one year before she married Chiz Escudero in 2015.

Anyway, just when the vlogger was about to pass right in front of the actress’ house, her van arrived. The vlogger therefore had to stop to give way to the vehicle that was entering the driveway.

At that point, the vlogger exclaimed in all admiration: “Ang laki naman ng bahay na ’to!” But as soon as he saw what was beyond the tall fence through the open gate, he quickly took back the compliment and said: “Ay, hindi naman pala ganu’n kalaki!”

Sir, on behalf of Heart Evangelista, I sincerely apologize for the size of her house. Hiyang-hiya naman si Heart sa ‘yo, Sir.

Now, what did I tell you? Yes, we get all kinds on the internet.