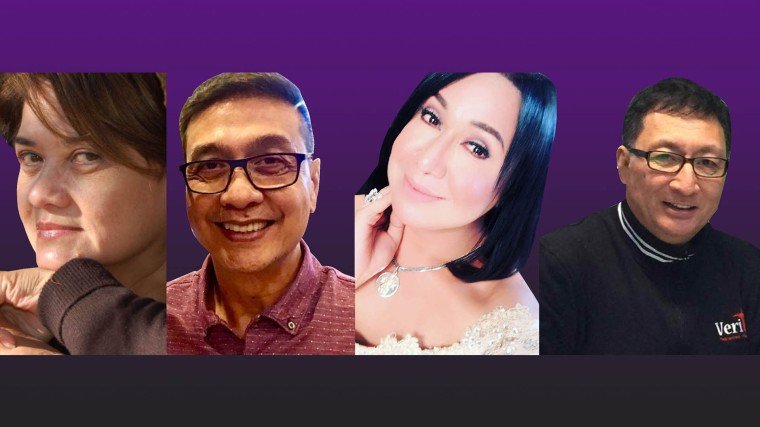 Wasn’t it only last July when I came out with a mid-year in memoriam? I didn’t wait anymore for All Saints’ Day to come to pay tribute to celebrities who went ahead of us during the year because I was afraid the list was going to get too long by November 1 – no thanks to COVID-19.

Sadly, my fears came true and so we have another installment of in memoriam to honor showbiz personalities who left the world this 2021. Here’s another list of beloved industry members who bade us goodbye in the last few months:

Christened Francisca, she was a princess raised cowboy style by her adoptive parents, Roberto Benedicto and the former Julie Ortega (actually her maternal aunt). And even if she was sent to a finishing school in Europe, she behaved like one of the boys in practically any setting.

Oh, she had lots of stories to tell. Since her first husband was such a fastidious dresser, she learned how to iron slacks – with the perfectly folded pleats. She also knew how to count paper bills systematically – and fast. Kitchie could have put out of work any bank teller with her speed at counting money.

Maybe she could have been put in charge of the family-owned Traders’ Royal Bank (now Bank of Commerce). Broadcast City became her playground instead.

In the beginning, Roberto Benedicto only owned Channel 9 (the frequency of which used to belong to ABS-CBN). But during martial law, the Benedictos were able to put up another network by using the facilities of ABS-CBN that was taken off the air by Marcos in September 1972.

The Benedictos initially called their new acquisition Banahaw Broadcasting Corporation or BBC-2 when it began operations during the second half of 1973. In 1981, however, Kitchie decided to relaunch the network and called it City 2.

City 2 actually had a lot of promising shows – one of which was VIP or Vilma in Person. Sadly, its signal was so problematic, its shows were all made to eat dust by rival programs. And yet, when Santos’ variety series moved to GMA after EDSA I, it became the top-rating and award-winning Vilma!

The performance of City 2 was so bad, it trailed behind the government station, MBS-4, in the ratings game. It was fifth in a race with four other competitors. Kitchie was more successful with her programs on Channel 9, particularly Nora Aunor’s Superstar.

When the administration of Cory Aquino took over in 1986, the Benedicto properties were sequestered. Kitchie was forced to lie low for a while.

In 1992, she came back and became busy line producing movies for Viva Films. Her first project during her comeback was the blockbuster hit Ngayon at Kailanman of Sharon Cuneta and Richard Gomez.

But TV had always been her first love. She even had a studio complex built in Marikina about a decade ago. Her heart always belonged to television and the viewing public ought to thank her for adding so much color to this medium.

Born Luis Pagalilauan in Cagayan, he was among the top male sex symbols of the mid-1970s - along with Ernie Garcia, Ricky Belmonte, and George Estregan, who took his being a screen stud several notches higher by engaging in the so-called “penetration” movies a decade later.

Although one of Orestes’ scenes in Scorpio Nights required him to show his penis, a double was obviously called in to take his place during the actual shoot.  Sure, he did bare a lot of skin in his early films, but he was never into soft-porn.

His first significant role was actually in a movie meant for kids – as a vampire in Ariel Ureta’s Si Popeye Atbp. Orestes, however, was launched big-time in Ang Boyfriend Kong Baduy where he had as screen partners some of the top leading ladies of the 1970s: Amalia Fuentes, Boots Anson-Roa, Gina Pareno, and Helen Gamboa.

The two important films of his career are Ishmael Bernal’s Manila By Night where he plays the three-timing taxi driver named Febrero, and, yes, Scorpio Nights (by Peque Gallaga) where he is cast as a cuckolded security guard and husband to a bored housewife (Anna Marie Gutierrez).

In time, his screen appearances became less frequent. In Working Girls, for instance, he came out only in one sequence – as the first client of sidelining prostitute Isabel Lopez. Around that time, Orestes became more active in the art scene. Upon his death, he was said to have amassed an enviable art collection.

While comedians are supposed to make people laugh, their lives aren’t all that happy.

Ate Shawee, Marvin Martinez in real life, was a stand-up comedian whose act was mainly to impersonate Sharon Cuneta. But unlike Vice Ganda, Ai-ai de las Alas, and Allan K who made a killing when they shifted to television, Ate Shawee didn’t have the same kind of luck.

Sure, he was seen from time to time doing guest stints on TV. But those little jobs didn’t really pay much, sad to say. Had he entered the entertainment scene earlier – when it wasn’t yet that crowded - he could have been a bigger name.

Unfortunately, the pandemic even had to set in. And then, he got sick – liver cirrhosis - and was confined in the hospital for months. That early, Ate Shawee was aware that his condition was very serious and that he wasn’t going to live long.

When medical bills began piling up, he started to ask for help from friends. He had hoped that his medical condition would be brought to the attention of Sharon. But all the circumstances were ill-timed: It happened when Sharon was in the United States and was taking a break from social media. By the time the megastar heard the news, it was too late: Ate Shawee was dead.

In 1986, an upcoming matinee idol straightforwardly told a movie reporter to shower first before even making an attempt to come near him. He couldn’t have said that to Ansel, who was fair and had even better complexion than the female stars he usually interviewed for his showbiz stories.

Ansel wasn’t only a movie writer/editor. He also did television work – actually for Inday Badiday’s LOCA Productions. In 1993, when showbiz-oriented talk shows began sprouting all over TV, Ansel was given the chance to host his own program: Isang Tanong, Isang Sagot, which he co-anchored with Aster Amoyo.

Sadly, his TV show didn’t last very long. He therefore lost a huge chunk of his regular income. And by his own admission, he didn’t really care to invest while he was making good money. Soon, creditors began hounding him.

It was at this point of his life when he turned to religion and became a spiritual person. He eventually renounced his homosexuality and married church-mate Joyce Supnet.

Aside from his adopted son, Bingbong, Ansel and Joyce had more kids between them. While he didn’t completely turn his back on showbiz, Ansel spent more time doing work for his church.

Prior to the pandemic, he and his wife frequently traveled abroad – spreading the word of God. From the sinful world of show business, Ansel spent the remaining days of his life serving the Lord. 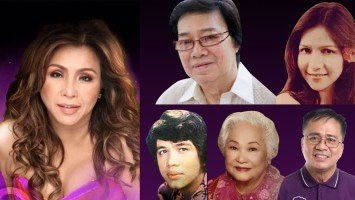 The Butcher | IN MEMORIAM (MIDYEAR) 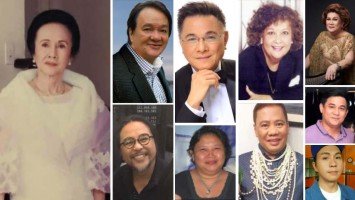 The Butcher | IN MEMORIAM 2