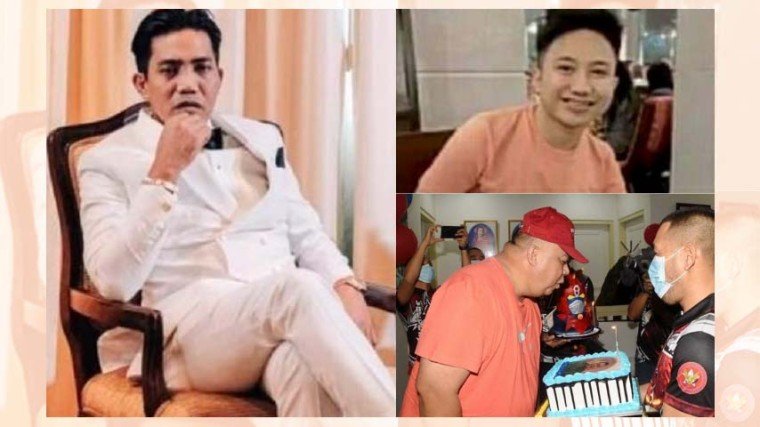 In this pandemic season, however, there can never be a bigger attention whore than Francis Leo Marcos, who has finally been officially unmasked by the NBI as Norman Mangusin. Mangusin’s ascent to social media stardom was truly phenomenal. He had most sectors of society in rapt attention: the poor hungry for his promise of rice donations, the middle class curious if he was for real and the rich constantly keeping him at bay – making sure nobody mistook him as one of them.

The term “kulang sa pansin” must already have been on the lips of Tagalog-speaking parents from the time they began raising bratty kids demanding for constant attention.

In the 1980s, “kulang sa pansin” was shortened to KSP and was used mostly  in a derogatory manner to describe adults shamelessly calling attention to themselves.

But the KSPs of this world came wholesale from all parts of the globe with the advent of social media. All of a sudden, people – young and old – started performing all sorts of stunts on the internet just to get attention.

In New York recently, a vlogger deliberately spilled food on the subway “just to find out if other passengers would help him clean it up.” When no one did, he just disembarked and left the mess in the train.

Here in the Philippines, at least five people were arrested for posting online a message offering a hefty sum to kill the President. The first to offer a reward (P50-M) was this school teacher from Zambales. What was he thinking?!

During his arrest, he admitted that his post was only to get attention. No, it wasn’t even for any political conviction. Well, he got the attention, all right. But at what cost? P70,000–plus in bail and a lifetime of shame. He turned his life upside down just to get “likes” on his social media account.

As an educator, he surely was properly schooled. Unfortunately, no academic institution offers courses on common sense.

In the case of top cop Debold Sinas, he is lucky that he is being made to keep his position despite that “mananita” fracas. But he should also be alarmed about the behavior of the people around him.

Did his subordinates mount that party (okay, “mananita”) because they truly love him and care for him? Or was it only an excuse to allow them to get out of the humdrum of quarantine life?

But the person he should worry about the most is the one who posted the get-together on Facebook. Was that person out to get back at him – knowing that those photos posted online would get him into trouble?

Or perhaps, whoever posted that doesn’t have common sense. If that is the case, it is the citizenry that should worry because these are the kind of law enforcers who are supposed to be protecting us.

In a province up north, there was also this mayor who was given a birthday party – with those in attendance very well aware of the after-party repercussions. The mayor’s son, a councilor, even boldly made a remark on video about how they should later get used to sleeping in jail for violating quarantine rules – from defying curfew to lack of social distancing. All those violations he promptly posted on Facebook for the world to see.

Of course, no one among them would spend time in prison. Only fish vendors out to make a living are sent to the calaboose.

Lucky for that mayor’s son, they are in power. But after nearly getting his Dad in trouble, maybe he should forget about getting a huge inheritance when the time comes. Poor kid, he probably didn’t get that much attention growing up – which is why he now seeks attention from users of social media.

In this pandemic season, however, there can never be a bigger attention whore than Francis Leo Marcos, who has finally been officially unmasked by the NBI as Norman Mangusin.

Mangusin’s ascent to social media stardom was truly phenomenal. He had most sectors of society in rapt attention: the poor hungry for his promise of rice donations, the middle class curious if he was for real and the rich constantly keeping him at bay – making sure nobody mistook him as one of them.

Too bad for Mangusin, the major TV networks hardly bothered with him. It had to take an NBI arrest for his existence to be legitimized and acknowledged on television.

When interviewed by TV reporters, he insisted that his arrest was the handiwork of the rich who was jealous of him, particularly those offended by his “mayaman challenge” that urged his Green Meadows neighbors to go out and attend to the poor early in the quarantine period.

He really should just perish that thought because the rich couldn’t care about him. Besides, no true wealthy person will ever admit to being rich. So how can they band together and pin him down?

It is only a person like Mangusin – as Francis Leo Marcos – who will flaunt his supposed riches to the world, exposing even for anyone who cares to ogle his expensive teeth implants worth P3-M. Yes, it’s on YouTube. But be warned: It’s not for the faint of heart.

The P3-M he spent for his implants, which was a botched job, by the way, should have just been a drop in the bucket – given his supposed immense wealth. But the question is: Is he really that rich?

The NBI revealed recently that the house on 73 Swallow in Green Meadows is not his. And it shouldn’t come as a surprise anymore that none of the cars he shows in his videos is under his name. What he has, according to the NBI, are pending cases filed against him – from violation of the optometry law and falsification of public documents (his bogus passports) to land-grabbing and human trafficking and, possibly, even rape.

How he was arrested by the NBI was of his own making. Since he became a social media sensation, a lot of fake accounts using his name had surfaced on the internet. He reported this to the internet-savvy NBI authorities who have dossiers of shady characters. With just one click, he unwittingly dug his own grave.

Still under NBI custody, more people are said to be bent on coming forward to file estafa cases against Mangusin. But there had been a few no-shows as of this writing.

This has further strengthened his supporters’ faith in him. Yes, he was able to gather an army of followers since the time he broke into social media sometime around April Fools’ Day. And this is what is scary.

Social media is really a powerful tool that could be used for various purposes – both good and evil. Although he truly has supporters who are not necessarily paid hacks, the method by which he was able to manipulate his followers to his side and make them lionize him should make all of us afraid – very afraid.

Studying most of everything uploaded about him – both pro and anti – would reveal that he is not a mere KSP lusting after his share of15-minute fame. According to some vloggers who took time to investigate, there is a syndicate group behind him out to swindle unsuspecting businessmen once he has cemented his reputation as a philanthropist who can be entrusted with cash donations. And with his recently minted immaculate image, would OFWs and pensioners be interested in investing their money in his get-rich-quick schemes?

Obviously, it was not a well-hatched plan. To begin with, they could have used as front man someone more charismatic instead of a braggart you can’t even trust with your grandmother’s old toothbrush.

But he was just trying to help! To this day, that is still the battle cry of his supporters. The question is – did he really send out those rice donations? Maybe a few sacks here and there. But by the ton? How did he have access to all that rice? Even the big public markets in Metro Manila panicked at the start of the lock-down – worrying where to get all that rice supply to sell to an overstocking buying public.

Mangusin has yet to have his day in court. His detractors though are very sure that his goose is already cooked. His supporters, of course, are still hoping against hope that he will eventually be vindicated.

The online fighting between the opposing camps had gotten really ugly. Some of the cuss words used in those exchanges must have driven hell to shrivel in a corner.

If Mangusin was really just trying to help the poor during this health crisis, maybe he could have merely adhered to what the evangelist Matthew said about giving alms: “When you give to the needy, do not let your left hand know what your right hand is doing.”

Had Mangusin followed this teaching from the Bible, there would have been more peace in this pandemic world. Sadly, this Christian value has no room in social media where all that matters is a thumbs up. 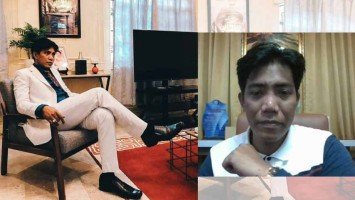