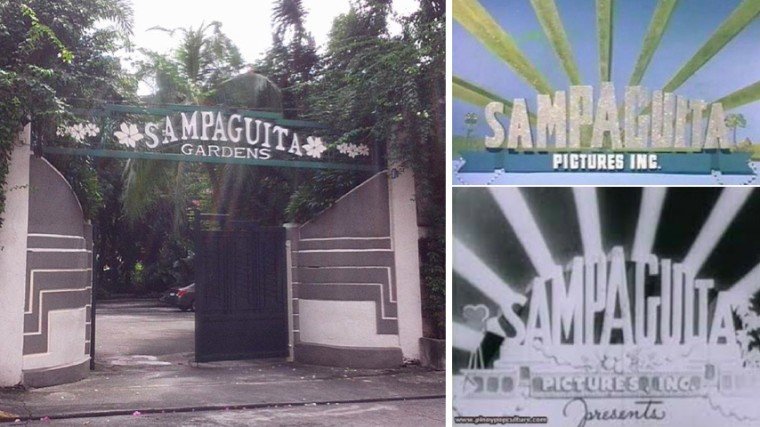 It is saddening to think that it may just be turned into more condominium buildings because, heck, that will just add up to the urban blight that has darkened the skies of the metropolis. The bigger tragedy, however, is the fact that with the sale of the Sampaguita Pictures compound, the country is losing the last remaining showbiz landmark associated with Philippine cinema’s golden era.

About a decade ago, movie old-timers were left brokenhearted when the LVN Pictures compound at the corner of P. Tuazon and C. Benitez was sold to a land developer and was turned into a cluster of condominium buildings.

And now, it’s time to say goodbye to another showbiz landmark in the metropolis – the Sampaguita Pictures compound, also in Quezon City.

Yes, that huge property where Christmas lanterns are sold outside is up in the market at P200,000 per square meter. That is reasonably-priced, especially since it’s in a commercial area. It could even go higher in time because real estate prices continue to gallop, particularly in Metro Manila.

That property was originally owned by the late Senator Jose Olfindo Vera of Catanduanes and his wife, the former Dolores Honrado, of Albay. Husband and wife both came from landed families in Bicol.

When Senator Vera was still a judge in the 1930s, however, he was assigned to Manila and had to move from house to house in search of the perfect home for his family. What they wanted was a property by the river. They found one where a rivulet (a San Juan River tributary) runs through and they settled for that. This was in 1937.

It was a 4.5 hectare property in San Juan, Rizal. It changed address, however, when that part of San Juan was donated to create Quezon City that was carved out of Rizal Province in 1939.

To serve as the Vera residence, a concrete structure painted in white was built in a part of the property that faced Valencia Street. The other side was eventually turned into a studio complex where most of the Sampaguita movies were filmed. The film company was established in 1937 by Jose O. Vera, along with a few other investors.

Sampaguita stopped making films during the war years, but resumed almost immediately after liberation – with the son-in-law, Dr. Jose Perez, eventually at the helm of production. More structures were added to the compound. There was a studio barn that gave Tita Duran (Francis M.’s mother) all the privacy she needed because she was too shy to perform in front of many people.

A ladies’ dorm was also built to house the studio’s actresses, who were constantly monitored by the Vera-Perezes. That same dormitory was also used as location for many Sampaguita movies, especially in pictures that featured the Stars of ‘66: Gina Pareno, Rosemarie Sonora, etc.

Of course, there’s the chapel where countless movie weddings had been filmed. That structure in white is visible from the outside – particularly from the bridge. The original property was so vast, it covered all the way where Joel Torre’s JT Manukan now stands.

In the early 1960s, however, the late Quezon City Mayor Norberto Amoranto requested the Vera-Perezes to sell to the government one hectare that would be used to construct a road that would connect N. Domingo to Santolan. That stretch is presently what is now familiar to many as the parol row.

Oddly enough, very few people even know the name of that street. For the longest time, motorists referred to it as either Ortigas or Gilmore. For about two decades, it was officially called Granada, which is what is still written on the sign boards of the establishments there.

But when Sonny Belmonte became Quezon City mayor, he renamed it Senator Jose O. Vera Street. There is supposed to be a street sign that says that, except that it is hardly visible to passersby.

Since Azucena Vera-Perez (Mama Nene to showbiz people) was the only surviving offspring of Jose and Dolores Vera (the other child died early in life), she automatically became the sole heiress of the Vera wealth. She was cautious about the disposal of the properties passed on to her though.

And like her parents, she also adhered to the admirable practice of palabra de honor (word of honor). The family actually owned a huge block in a part of the Araneta Center in Cubao where the restaurant Bamboo House used to stand. The older Veras leased it long term for P10,000 a month decades and decades back.

But until the mid-1980s when inflation had tripled, the rent remained at P10,000 monthly because that was the term of agreement of the original parties involved. Mama Nene never bothered to seek legal remedies to adjust the rent according to prevailing rates (it could have been raised to P100,000 or even more that time). She just continued to respect the transactions made by her parents to prove that her family upholds the tradition of keeping one’s word.

Mama Nene passed away in May 2014. She left behind children Ma. Azucena (Marichu or Manay Ichu, her junior), Pepito (the stepfather of Charlene Gonzalez), Georgina (Manay Gina de Venecia), Lilibeth, Chona and Cocoy. Middle child Bobby died in the 1970s.

The heirs tried to leave the properties as they were. But soon, even the children started leaving this world – starting with Pepito. Last September 2020, the entertainment world deeply mourned the passing of Manay Ichu (she had been in and out of the hospital for the longest time) – followed by the husband of Lilibeth, Boy Nakpil, some three months later. He succumbed to COVID-19.

All those decades after Sampaguita Pictures went inactive, the family had portions of the compound rented out. For half a decade, the ladies’ dorm became the temporary home of the Film Academy of the Philippines. Musical director Danny Holmsen leased the canteen in the 1980s. And until the 1990s, a recording studio was housed inside one of the buildings there.

Some years back, the family spent a tidy sum to set up the events place facing the Valencia side of the compound. It has since become unused – no thanks to the pandemic that had a huge effect on social gatherings.

Sampaguita compound basically turned into a white elephant these past several years. The heirs therefore cannot be blamed for deciding to sell the property. It is the most practical action to take.

Since the fate of the property depends on whoever is the buyer or buyers (just in case it is sold piecemeal), nobody knows what will become of it. Thankfully, the ancestral house is not for sale.

It is saddening to think that it may just be turned into more condominium buildings because, heck, that will just add up to the urban blight that has darkened the skies of the metropolis. The bigger tragedy, however, is the fact that with the sale of the Sampaguita Pictures compound, the country is losing the last remaining showbiz landmark associated with Philippine cinema’s golden era.

(Next: What life was like in the house of Lola Nidora)

YOU MAY ALSO LIKE:
The Butcher | Baby-switching is real, baby