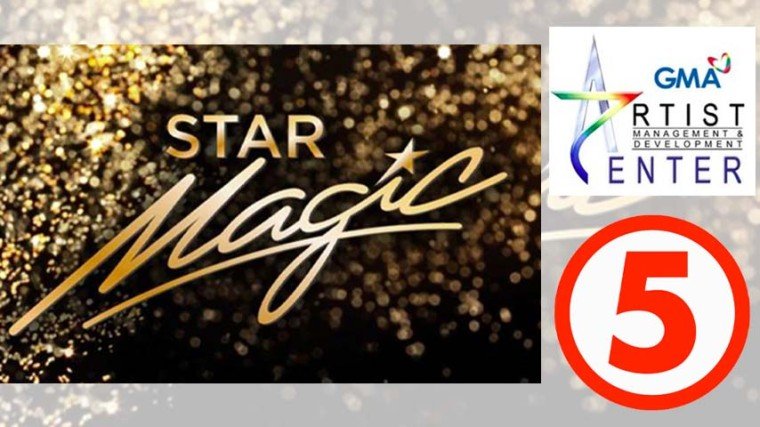 In times of plenty, it was called piracy – when prized properties were pirated by well-funded rival networks.

But during periods of crises – like what is happening now to the displaced ABS-CBN talents – the situation is more suitably called exodus.

The first major migration of talents in the history of Philippine television occurred in the dying months of 1972. Martial law had shut down all the TV networks, save for KBS-Channel 9, which was owned by Roberto Benedicto and – if rumors were true – partly by Ferdinand Marcos no less.

Prior to martial law, ABS-CBN had the biggest stable of talents since it operated two stations: Channels 2 and 4. It also had the most modern facilities this side of the globe.

In contrast, KBS was a very new network back then.  It was only able to operate due to the kindness of the Lopez family. Until toward the end of the 1960s, the frequency of Channel 9 belonged to ABS-CBN. That was where The World Tonight started in 1966 with Henry Halasan and Hal Bowie as anchors. One of its quality entertainment shows was Changes, a musical that starred TV host and later EDSA I heroine June Keithley.

But when Roberto Benedicto expressed interest in running his own TV network, Gabby Lopez’ grandfather, Eugenio Sr., not only extended a hand, but threw in both arms and legs as well in a very selfless gesture to help a family friend. The Lopezes allowed Benedicto to have the Channel 9 frequency.

And since ABS-CBN was moving to its present location on Sgt. Esguerra Avenue (formerly Bohol), it likewise sold to Benedicto its old studios and equipment in Pasay City at bargain-basement prices.

ABS-CBN also had a promising talent named Nora Aunor who had just been crowned Tawag ng Tanghalan champion in 1967. She was reluctantly turned over to Channel 9 as part of the package. Under her new home, Nora was given a Sunday variety show along with singer Eddie Peregrina. The program was called The Eddie-Nora Show.

When Nora became a showbiz sensation, the program became Superstar – minus Eddie, whose career eventually spiraled down until he died in a vehicular accident in 1980.

At KBS, Nora also blossomed into a great acting talent via her own drama anthology, Ang Makulay na Daigdig ni Nora, that was directed by Lupita Concio (later Kashiwahara).

Good fortune was truly on Nora’s side that time. During the early days of martial law, she and Pepe Pimentel (another  ABS-CBN talent donated to KBS) were the only two major talents who held on to their jobs. Rival Vilma Santos lost her D’Sensations program on ABS-CBN and didn’t have a regular TV show until months later: an embarrassingly bad variety show called ‘Yan, Eh! - also in KBS.

When Channel 7 was allowed to reopen in December 1972, more ABS-CBN talents migrated there. Dolphy was among its early migrants. He promptly moved there with Panchito where they revived Buhay Artista. Pugo and Patsy’s Wanted: Boarders sitcom also transferred to Channel 7 under the title Boarding House.

The ongoing exodus, however, will only see talents moving to other networks.  Programs will have to remain with ABS-CBN since it has other platforms where old formats could be resurrected in the future – hopefully with the original cast.

There are obviously more job opportunities open to displaced ABS-CBN people in TV5 since the Kapatid network doesn’t really have a stable of on-cam talents. Even the network owner, Manny Pangilinan, already said that he would accommodate as many talents as possible from ABS-CBN – both on-cam and those behind the scenes.

TV5 should be their second paradise. But that is if the network is able to improve its signal. They may be able to collect talent fees for their programs, but if they are not that visible to the public, those glamorous actresses can kiss their endorsements goodbye.

It will actually be more difficult for the former ABS-CBN artists to penetrate GMA since the Kapuso network already has an abundance of talents – most of whom do not even have ongoing projects. But once they get in, it’s going to be a smooth ride for them.

An invasion of ABS-CBN talents should be reason enough for the current members of the GMA Artists agency to have sleepless nights. The Star Magic talents are more polished than they can ever hope to be.

Even as far back as a decade ago, old-timers at GMA – the directors, executive producers and writers – had always marveled at the professionalism displayed by recruits from ABS-CBN.

In the now-defunct Sunday variety show SOP, for instance, segment writers were all praises for the ABS-CBN-trained singers: They knew their spiels, the lyrics of their songs – and were always on-standby for their production numbers. Homegrown GMA talents, on the other hand, had to be fetched by production assistants from the dressing room.

Now, here’s an unsolicited advice to GMA officials who may consider absorbing some of the ABS-CBN artists: They may as well include Johnny Manahan in the package because the Star Magic head would know how to professionally develop talents.

We can just imagine how the scenario would look like if ever the ABS-CBN artists move en masse to GMA. It’s like the sophisticated city girls meeting for the first time their laid-back country cousins.

The GMA talents should really be wary of the ABS-CBN invaders. The Channel 2 people are familiar with the showbiz game and know how to play it. The Kapamilya stars are worldly-wise – compared to the basically naive GMA artists. The ABS-CBN leading ladies will surely be running circles around them.

The Channel 2 talents will find the GMA terrain so easy to navigate. There are no snipers to attack you from the back to begin with – unlike in ABS-CBN. Oh, yes, there is also favoritism in GMA – you bet. But it is different from how it is practiced in ABS-CBN – if we believe malicious rumors about management-talent relationships.

The ABS-CBN stars had been exposed to the vicious ways of the entertainment world. And so they can handle anything. They are like bean sprouts that will grow anywhere – with or without a franchise.

Three months after ABS-CBN was taken off the air, GMA now rules free TV. Oddly enough, the viewing public doesn’t seem to care about its stars. Most of the news about them comes only from the hard-sell features of the Chika Minute entertainment segment in 24 Oras.

The collective star wattage of the ABS-CBN talents is so powerful, they still shine minus the franchise.