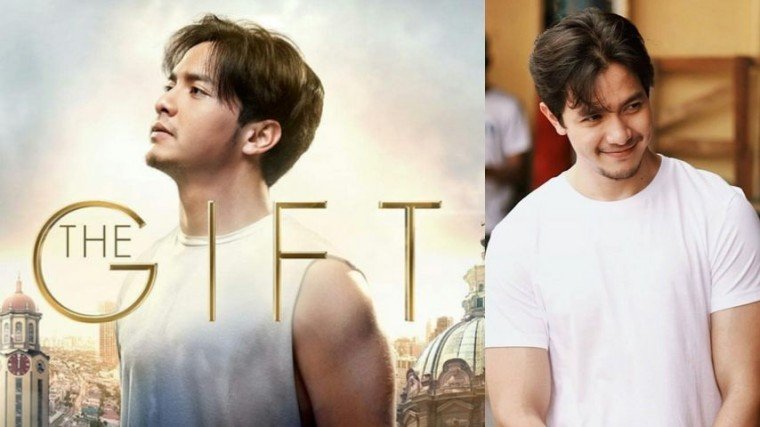 This week, GMA unveils its newest show for Alden – another tele-serye. Since the project is once again in the hands of GMA – not TAPE and especially not ABS-CBN – viewers are not sure about its outcome. I hope it takes off magnificently – for the sake of Alden, who is one of the nicest people on earth.

Willie Revillame – I knew him when.

The now billionaire game show host never hid his humble beginnings – short of being born in a manger. But a messiah he was not – although he was going to be made to look like one later in life.

He was a very talented drummer, except that this one gift he had never made him improve his station in life. For the longest time, he remained as poor as as the Little Drummer Boy in the Christmas carol.

Eventually, he became one of Randy Santiago’s Hawi Boys and this was his passport to television – as a second stringer in Lunch Date on Channel 7.

By the time I met him in person he was already married to Princess Punzalan. In fact, our first meeting was at the funeral of his late mother-in-law Helen Vela. He was very polite and well-mannered – thanking everyone on behalf of Princess who understandably was then inconsolable with grief.

Later, he also had a sitcom – For the Boys - where he supported Aga Muhlach. Before the mid-’90s, he was already a household name – but identified mostly with secondary roles.

Solid luck began smiling on him when he became part of ABS-CBN’s Magandang Tanghali, Bayan. By then, he was already on equal footing with Randy Santiago, once the toast of television.

When ABS-CBN cancelled Magandang Tanghali, Bayan, the network put up Wowowee – with Willie as the sole host of the new noontime show.

No, the ABS-CBN people made sure they didn’t merely bank on whatever little talent, charm and charisma he may have had that time. They packaged Willie in a big, big way to make him look like some heaven-sent figure - so that people would worship him. Worship – not just venerate because veneration is only for the saints. He was going to be God.

During every opening scene of Wowowee, he would always be shown awash in lights – like he was Moses bearing the tablets containing the Ten Commandments. He was going to be the savior of the poor people who would look up to him to help them improve their circumstances.

The ABS-CBN tactic worked – and how. The masses began pinning their hopes on him. Hard work and diligence can go hang. It was easier to line up outside the studio and try their luck in Wowowee. No, they never lost their faith in Willie – not even after the ULTRA stampede that killed 73.

But relationships go sour. Like the hideous sapient creature of Dr. Victor Frankenstein, Willie eventually rebelled and bolted out of ABS-CBN.

His popularity may have lessened now that he is with GMA – although by just a teeny-weeny bit – compared to the time he was in ABS-CBN, the magic is still there.

Unlike Willie Revillame who made the rounds of TV stations before he was plucked by ABS-CBN and molded into what he is today, Claudine Barretto was practically born inside the Channel 2 studio.

Starting in the mid-1990s, Claudine became one of ABS-CBN’s biggest money-earners – both for film (under Star Cinema) and television (through her successful soap operas).

Less than a decade ago, she transferred to GMA, but the move proved to be disastrous. For some reason, the once luminous star lost all her glow.

Showbiz observers kept asking what happened. Well, what happened was that GMA failed to mount the proper layout for Claudine’s transfer to the Kapuso network. When the GMA officials invited Claudine to join them in Channel 7, they forgot to bring in the team that used to package her every project when she was with ABS-CBN.

Proper packaging – every star, show and movie needs that to be embraced by the public.

Unfortunately for the GMA people, they have yet to master the art of packaging showbiz talents. The truth is, a lot of the Kapuso stars are far better-looking than those in the ABS-CBN stable. There’s Bianca Umali who is extremely lovely. And then, they have Gabbi Garcia whose sex appeal can blanket the entire Diliman area where the Channel 7 studio is located.

Now, take a look at the Kapamilya stars. Sure, they have the likes of Liza Soberano and one of their hottest properties today, Janella Salvador. They are among the fairest in local showbiz today.

But at the same time, ABS-CBN is also currently building up a female young star who could stand in for Snooky Serna before her character slips into that magical black blouse in Blusang Itim. Just what did ABS-CBN see in this girl whose eyebrows need a good plucking? But wonder of wonders, this young lady is starting to make a name for herself and may yet be one of the top leading ladies of the network maybe in a year or two.

But – really, why does this even come as a surprise when ABS-CBN was so successful at installing Maymay Entrata alongside a whole roster of beauteous Philippine delegates to Miss Universe in the Catriona Gray homecoming special early this year?

How is this made possible by the ABS-CBN think-tank group? Did they ever work at Rustan’s gift wrapping section previously? Whatever the secret formula is, the GMA people need to get their hands on it – desperately.

Take the case of Alden Richards. Rejected during one of the past StarStruck auditions, he still found his way to GMA. Hooray to whoever brought him to the Kapuso network. Whoever he is knows how to spot talent when he sees one.

Too bad, the GMA executives did not know what to do with him during the early years – in fact, not even in the most recent of years.  They initially paired him off with their primetime queen Marian Rivera, but that project failed. Later, they turned him into Jose Rizal with dimples – and that, too, was unsuccessful.

It had to take Eat Bulaga!, produced by the blocktime company TAPE, Inc., to catapult Alden into the topmost level of the showbiz firmament.

To cash in on his unprecedented fame, GMA put him in Victor Magtanggol, except that victor it was not.

And when, finally, his tandem with Maine Mendoza began to wane, the network – as to be expected – did not know how to deal with his post-ALDUB fame.

In comes the phenomenal success Hello, Love, Goodbye – ironically, a project of the rival camp. Alden’s star is shining at its brightest again – thanks to ABS-CBN.

I was very happy for Alden’s most recent success. He had always been a good and polite kid. In 2015, when he was already on the brink of superstardom, I told him to promise me never to change his ways. Apparently, he kept this promise because he stayed humble all these years. I still wish him all the best.

Weeks ago, GMA renewed its contract with Alden. At the contract signing, the executives were all agog – heaping praises on the Kapuso actor. But had Hello, Love, Goodbye failed, would they have wanted him back?

The problem with GMA is that here is a goldmine that is Alden – except that the network doesn’t know how to mine him and all that potential.

This week, GMA unveils its newest show for Alden – another tele-serye. Since the project is once again in the hands of GMA – not TAPE and especially not ABS-CBN – viewers are not sure about its outcome. I hope it takes off magnificently – for the sake of Alden, who is one of the nicest people on earth.

The show, by the way, is called The Gift.

Taking my cue from the program’s title, maybe it won’t hurt to remind the GMA people to focus not just on the gift, but more so on the packaging.