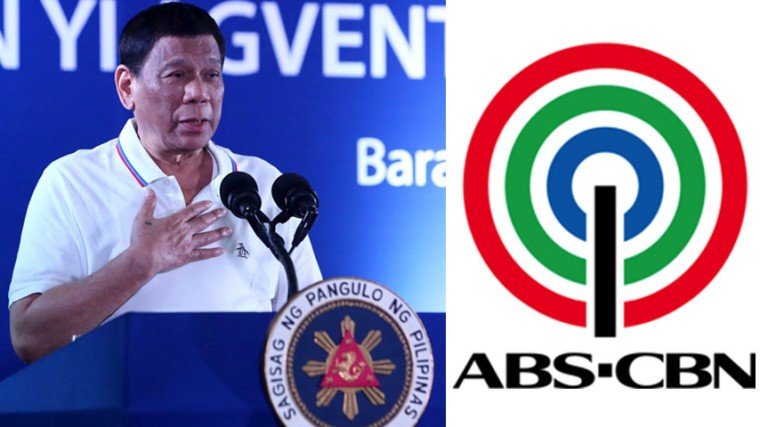 Somebody should show President Duterte ABS-CBN’s coverage of last Monday’s SONA. That should make him happy and put him in a conciliatory mood toward the network that is still in danger of losing its franchise.

When Ferdinand Marcos abolished Congress in 1972, he replaced it with the Interim Batasang Pambansa in 1978. To house the new set of lawmakers who were all under Marcos’s spell, the Batasang Pambansa complex was built in that far end of Quezon City that had been earmarked as early as 1949 to serve as headquarters for the three branches of the Philippine government: legislative, executive and judicial.

A structure was actually set up there for that purpose, except that it was never completed. Unfinished, it fell into decay and became a dumpsite, which must have been the reason why the place was still infested with flies during the early days of that now-defunct National Assembly. You open your mouth and a fly would get in – that was the joke that went around prior to the Batasan’s inauguration back in 1978.

Forty-one years later, the Batasan assemblymen may be gone, but the pesky flies are still there: bigger and greedier. And they’re now called congressmen.

Last July 22, President Rodrigo Duterte was back at the Batasang Pambansa complex for his fourth State of the Nation Address (SONA). Since the SONA is of national interest, I expected the two major networks to have a full coverage of the event.

I tuned in to GMA at past 3 p.m., but it was showing its usual afternoon dramas. I tried its sister news channel, but all it had were testimonials about a product that supposedly enhances growth (really now).

Surely, GMA must have had a SONA coverage because its reporters showed up in the evening newscast in their black formals (perfect for a SONA appearance). Maybe they aired it in one of GMA’s online platforms.

I had better luck with ABS-CBN, which preempted the very popular Kadenang Ginto, along with the game show Minute to Win It.

The ABS-CBN SONA coverage was not exactly star-studded. Anchored by Karen Davila, most of the reporters fielded for this occasion were the lesser mortals of the network’s news and current affairs division, save maybe for Jorge Carino. But it was a very comprehensive coverage nevertheless. So congratulations!

The SONA coverage of ABS-CBN was actually in keeping with the network’s slogan: “In the service of the Filipino.” Imagine the event being brought into the homes of the viewers – like they were there at the Batasang Pambansa session hall.

As an added bonus, even the anti-Duterte rally along Commonwealth Avenue was given extensive coverage. The camera shots in this assembly were so sharp and crisp, you could practically feel the humidity in that place (it was after a rain shower) and even smell the sweat of the protesters. More importantly, you felt their sentiments toward the current administration.

In contrast, it was also clear to the viewer that the perfumed set inside the session hall was enjoying its comfortable, air-conditioned space.

Watching those lawmakers in their Sunday best, the viewers must have been gritting their teeth. Those fine clothes could have been theirs to wear – no thanks to the TRAIN Law.

But what is a SONA without its annual fashion show? Senator Nancy Binay chose to play it safe this year by wearing the Philippine terno. No fashion police could ever attack the national costume – unless it’s truly outlandish.

Antique congresswoman Loren Legarda – still young and beautiful – wore a color that could not be missed even from far away: purple in the shade of jalea ube. You are tempted to scoop her and put her in a tall glass of halo-halo like they do in Aristocrat. Yummy!

If you ask me, that dress isn’t even yellow. Unless I already have to start wearing eyeglasses, it’s a cross between mustard and a shade that is headed toward light orange jam.

All this talk about Imee’s dress reminds me of an urban legend that supposedly surfaced in 1983. In one official function, former First Lady Imelda Marcos showed up in tangerine. Nearby were her two daughters, Imee and Irene. Imee was said to have quipped to her sister: “Look at our mother. She’s like a walking marmalade.”

This tale may or may not be true. But look who’s Lady Marmalade now.

The menfolk, of course, always have it easier at formal functions, unless you want to be like Congressman Carlos Zarate who went through the trouble of having his barong Tagalog hand-painted just so he could make a political statement.

At this recent SONA, 99% of the men wore the barong Tagalog. It floored me to discover that the only ones who know how to wear the barong Tagalog properly are the members of the Presidential Security Group (PSG) who all correctly buttoned up all the way to the collar.

As for some lawmakers, not even the finest piña fabric could make them look like the proper gentlemen that they are supposed to be. There was one shot on TV were a congressman and a senator were shown seated lazily on a ledge while waiting for the SONA to begin. They both looked like tambays in barong Tagalog, except that some tambays probably even have better manners.

Of course, present-day lawmakers do not necessarily have a monopoly of boorishness. Senators in the old days behaved just as badly. Oh, there were stories of these politicians who were too lazy to go to the bathroom, they peed on the floor during regular sessions at the Senate Hall.

The uncouth behavior of those gathered at the SONA would not have been witnessed by the TV viewers had President Duterte arrived on time. But it was a long wait and that gave those watching the event at home the chance to see our lawmakers yawning, chatting and socializing with each other – all in their plastic glory.

When President Duterte finally arrived more than an hour late, GMA promptly cut its regular programming and aired the SONA, the coverage of which was provided by PTV-4. Emil Sumangil’s Quick Response Team on GMA’s news channel by then was also in full swing and was reporting on the anti-Duterte rallies that was still ongoing in the shadows of the Batasang Pambansa complex.

But it was too late for GMA by then. ABS-CBN had already scored huge points in the hearts of the viewers by covering the SONA lengthily. Prior to the President’s arrival, Karen Davila also had an interesting interview with political analyst Edmund Tayao. Although Tayao tried to be very fair and objective in his views, the discussion still ended favorably toward the current administration even if there was no attempt to do so.

Somebody should show President Duterte ABS-CBN’s coverage of last Monday’s SONA. That should make him happy and put him in a conciliatory mood toward the network that is still in danger of losing its franchise.

I won’t be surprised if in the next month or so, we’d be hearing the ABS-CBN people doing a chorus of Happy Days are Here Again.