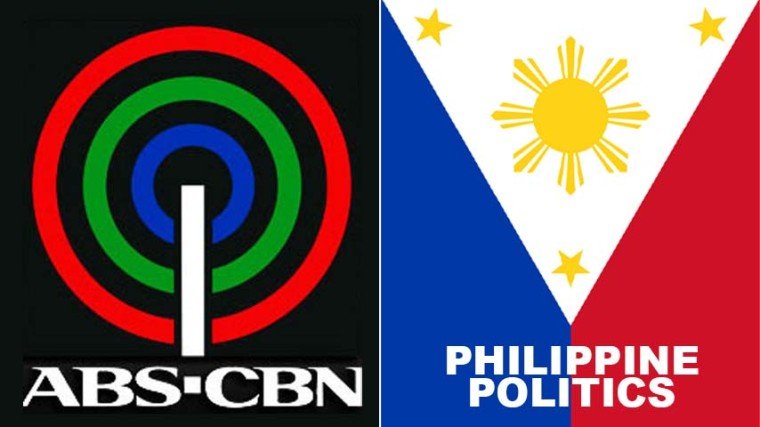 That ABS-CBN is always caught in the middle of a political storm shouldn’t come as a surprise anymore. After all, it was politics that gave birth to it – the television side, that is.

History truly repeats itself. Just take a look at the struggles and storied past of ABS-CBN. Its current troubles regarding franchise is actually just a replay of similar incidents in the past.

In the 1961 presidential race, the owners of ABS-CBN, the Lopez family, supported incumbent President Carlos P. Garcia. Maybe it was the Visayan connection. The Lopezes are Ilonggos, while Garcia was Boholano (both his parents were transplanted from Abra though).

Too bad for the Lopezes, it was the poor boy from Lubao, Pampanga Diosdado Macapagal who became President and his administration wasn’t exactly very kind to the Lopez family. Perhaps President Macapagal wasn’t even aware of it, but the people around him surely gave ABS-CBN hell.

During the first half of the 1960s, there were less than 300,000 TV sets in the Philippines, but television was clearly on its way to becoming major industry. Sycophants to the President knew the power of media.

In 1963, therefore, the Bureau of Public Works threatened to shut down all operations of ABS-CBN: Its two channels (3 and 9) – plus its more than a dozen radio stations scattered from Luzon all the way down to Mindanao. The ABS-CBN people were told that they were operating without a franchise – when in truth, its application had been pending with the government for more than a year. Sounds the same?

Earlier, government authorities also confiscated some of the networks’ technical equipment. Supposedly, those pieces of equipment were being operated illegally – although everyone knew it was just plain and simple political harassment..

The Lopezes, of course, sought legal remedies and fortunately for them, the Supreme Court took their side and prevented ABS-CBN from going into extinction. Now, will history repeat itself – with the Supreme Court saving the day again for the network?

Congress, as House Speaker Alan Peter Cayetano had duly trumpeted, is currently working on a provisional franchise for ABS-CBN. Should the Lopezes, the Kapamilya stars and the fans count on it? At this point, everything will still depend on where the political wind blows.

That ABS-CBN is always caught in the middle of a political storm shouldn’t come as a surprise anymore. After all, it was politics that gave birth to it – the television side, that is.

It was the American James Lindenberg who first breathed life into the network, which had its roots in radio – the manufacturing of radio equipment, actually. Lindenberg, who was born in Pennsylvania, in time became more Filipino than American. He married a Pinay, as a matter of fact.

After the Japanese Occupation, he began assembling radio transmitters from war surplus and scrap and sold these under the company Bolinao Electronics. It didn’t take long before he was lured into radio broadcast, a booming industry that time.

When he decided to bring television to the Philippines, he co-explored the possibilities with Antonio Quirino - a former judge and brother to then incumbent President Elpidio Quirino. Tony Quirino became fascinated with TV, which was then changing lifestyles all over the United States.

He also looked at television then as a political tool to help his brother remain in office. Elpidio Quirino was beset with so many health issues that time. His body wouldn’t allow him to go on a rigorous campaign trail  – unlike his opponent, Ramon Magsaysay, who was young and energetic and, most important of all, was the darling of Philippine politics.

By appearing on television, Elpidio Quirino could be omnipresent. His message could be sent across to the masses via TV sets installed in plazas and other public spaces.

President Quirino needed all the help that time because he also faced other political issues, especially during his bid for re-election – some of which were about his supposed ostentation. There was, for instance, the infamous tale about his golden chamber pot (orinola), which granddaughter Cory Quirino would dismiss decades later as mere urban legend.

Unfortunately, politics is a very dirty game and political enemies can fabricate stories such as, well, that golden orinola, which Imelda Marcos – for all her extravagant ways – never even had. Political foes can also make life difficult for those on the other side of the fence. The birth of Philippine television, in fact, was almost aborted by the detractors of the Quirino administration.

When Tony Quirino applied for a TV franchise, it was turned down – mostly by the members of the Nacionalista Party (NP). President Quirino ran earlier under the Liberal Party (LP) and so members of the opposition would naturally make things difficult for him and his party-mates.

Politicians can be petty, but the NP members surely did not turn down Tony Quirino’s application for a TV franchise just to annoy him and his brother. Word gets around fast. For sure, political rivals heard about what Tony Quirino had intended to do with the new medium and so they had to shoot down such attempt fast.

Tony Quirino, however, had an ace up his sleeve. By partnering with Lindenberg, who had earlier sought a television franchise with ease (he was no political threat, after all), he managed to proceed with his TV project – a station called Alto Broadcasting System (ABS). Alto is a combination of the names Aleli (Tony’s wife) and Tony.

The opposition may have made life difficult for Tony at the start, but they can’t win all the time. The Quirino government and all agencies under it was still Tony’s playground after all. Loans were easily approved and government facilities were at his disposal.

Too bad for Tony Quirino, after the defeat of his brother in the elections, it was payback time. The BIR promptly charged him with tax evasion. Oh, politics!

In the mid-1950s, the sole ownership of ABS was transferred to the Lopezes, who already had a radio network called CBN. The new owners of ABS-CBN couldn’t afford to be non-partisan either. In the 1965 elections, it became Imelda’s special mission to convince Fernando Lopez to run as Ferdinand Marcos’ running mate.

After the deal was sealed, Eugenio Lopez, Sr. had no choice but to also support Marcos since Fernando was his brother. ABS-CBN faithfully covered the Marcos-Lopez campaign sorties.

Fortunately for the network, Imelda always made good copy. When the Marcos biopic Iginuhit ng Tadhana was banned from exhibition, ABS-CBN and other media outlets as well lost no time capturing images of a beautiful and elegant Imelda Marcos in tears at the lobby of the Rizal Theater where the premiere was set to be held.

Sometime after the 1969 presidential race that saw the re-election of Marcos and Lopez, the relationship between the two soured. ABS-CBN and the Lopezes became critical of the alleged Marcos corruption. Marcos retaliated by shutting down ABS-CBN during the martial law years. It took EDSA I for the Lopez family to regain ABS-CBN and its facilities.

There is this popular notion that it was President Cory Aquino who made it possible for the Lopezes to get back ABS-CBN. This may be true, but her government didn’t necessarily hand the network back to the Lopezes on a silver platter.

For years, ABS-CBN had to share the Lopez compound with the government station PTV-4. Under that setup, PTV-4 got the better space and the ABS-CBN workers were treated like poorer relations – relegated to the back. During that entire period, ABS-CBN operated like it was running a cottage industry and not a TV network – what with its rundown studios, makeshift offices and filthy bathrooms.

President Noynoy Aquino’s administration apparently wasn’t exactly friendly to ABS-CBN either. ABS-CBN’s franchise application was submitted during P-Noy’s time, but obviously it was simply left lying around in Congress.

But the Lopezes shouldn’t lose hope because ABS-CBN will surely return. The TV industry cannot exist with just one major network. The Lopez family should also take consolation in the fact that the ABS-CBN compound was not confiscated – unlike during the martial law era. They can proceed with the reported plan of turning that into another Rockwell.

But even when engaging in real estate, they may have to pray and wait for better political climes. For there really is truth to what President Joseph Estrada once said about politics: “Weather-weather lang ’yan.”

The Butcher | Is it goodbye to FAMAS, Urian and Bb. Pilipinas? 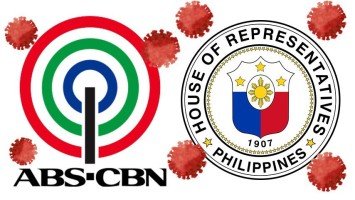