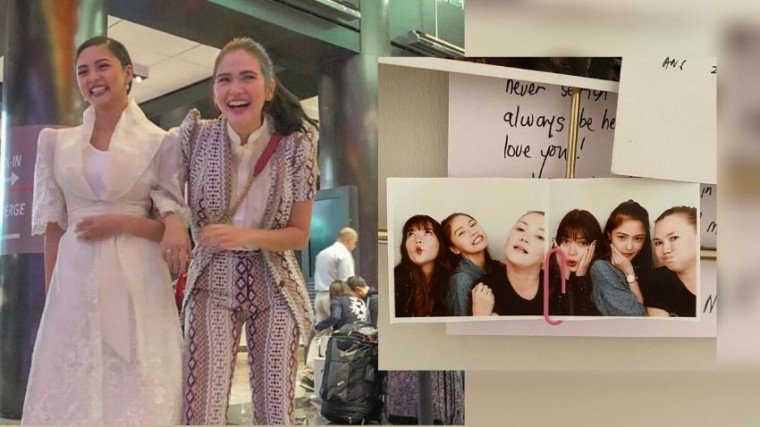 ABS-CBN actress Angelica Panganiban expressed how she’s been missing her best friends, Bela Padilla (who just turned 29 yesterday, May 3) and Kim Chiu (who, for her part, tuned 30 last April 19).

In the mini tribute that Angelica posted about Bela on Instagram yesterday, which came with photo-booth pictures of her with Bela and Kim,  Angelica promised the two that they’d all be celebrating their respective special events properly after the lockdown.

Kim Chiu also greeted Bela in the comment section of Angelica’s post and suggested that their trio should have a new photobooth session once everything is back to normal.

The birthday celebrant Bela thanked Angelica and says she’s looking forward to more tawanans, iyakans and yakapans in the future.

In a follow up Instagram post, Angelica shared another photo of her and Bela that captured them hugging tightly. She simply wrote "HBD @BELA ILY" in the caption.

Kim, for her part, also created an IG tribute for Bela, calling her a “beautiful soul.” Kim’s swipable post has photos of her best moments with Bela. She said she especially chose those pictures because she got to know Bela deeper in those moments.

In the comment’s section, Angelica jokingly told Kim that’s she’s the one jealous of them this time because the two have several travel photos already.

Kim replied by explaining that the photos were taken in just one location, and added that she would do the same for Angelica for her birthday. Moreover, Kim said that it’s  really her dream travel with Bela and Angelica.

Bela, who jas been laughing at her BFFs’ exchanges, joined in the conversation.  She told Kim how she’s been making her cry with her messages and that she considers her as a sister from another “fatherest.”

The three Kapamilya actresses became close way back in 2017 when Bela and Kim "gatecrashed" a birthday party, where Angelica was invited. The ABS-CBN stars developed instant connections and became constant hang-out buddies since.

Angelica, Bela and Kim also named their group AngBeKi, a coined word from the first syllables of their names.

In February 2019, the BFFs  got matching tattoos as signs of their strengthened friendship. 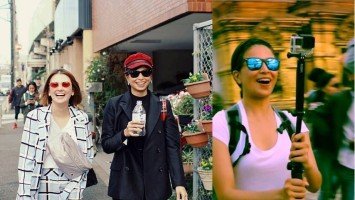 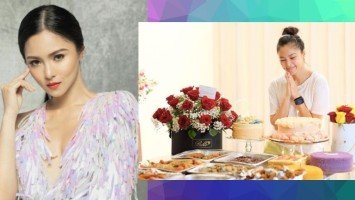