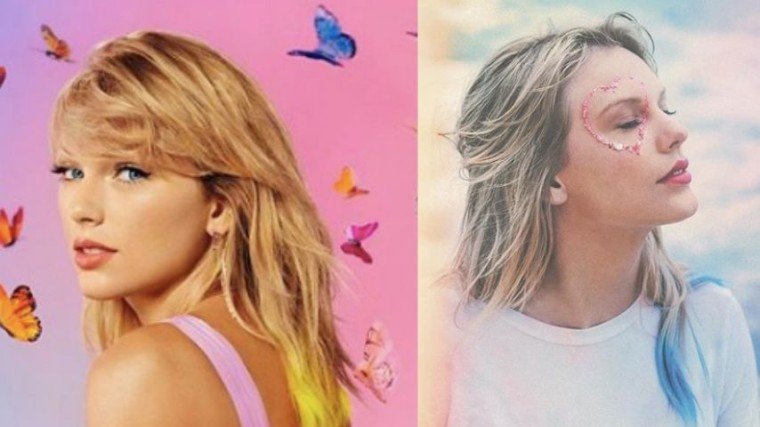 As of July 2019, Lover is the most pre-saved album by a female artist in its first day on Apple Music, totaling more than 178,600 pre-adds worldwide on the platform.

Lover also holds the record for most pre-added pop album in its first day worldwide, also on Apple Music.

Nag-debut din ito at #1 sa iTunes Worldwide Album Chart and is currently the #1 album on iTunes, in 87 countries.

According to Republic Records founder and chairman Monte Lipman, Lover pre-sales worldwide were nearly one million. It has since sold over 2 million copies worldwide in its first 24 hour release.

In the United States, the album sold roughly 450,000 copies within one day of its release, making Lover the highest-selling album in the country.

Lover dominates US Spotify with 18 tracks charting within the Top 23.

Lover debuts with 54.83 million streams on Spotify, making it the 2nd biggest female debut in history.

Review naman ni Kitty Empire ng The Guardian: “Lover is a kitsch-leaning festival of humour, pastels, butterflies and the desire not to be defined by negatives. It is, in large parts, a hoot.”

At sey naman ni Rob Sheffield ng Rolling Stones: “It’s the one where she’s trying to make all the great Taylor Swift albums, at the same time. She’s closing down her twenties, which she spent making five of the decade’s best albums — Speak Now, Red, 1989, Reputation and now this one — all released before she reached the age when Leonard Cohen made his debut. It’s her career-capping masterpiece: She touches every place she’s ever visited along her musical journey, and makes them all sound new.”

Ayon kay Mark Tavern, a former major-label record executive: “Taylor could essentially give herself permission to record ‘cover versions’ of her own compositions without having to touch the masters owned by Big Machine and Braun. She certainly has the money to be able to do this, which is always going to be an issue in this situation. It’s one thing to make acoustic versions, it’s another to do a full pop production and make them competitive.”